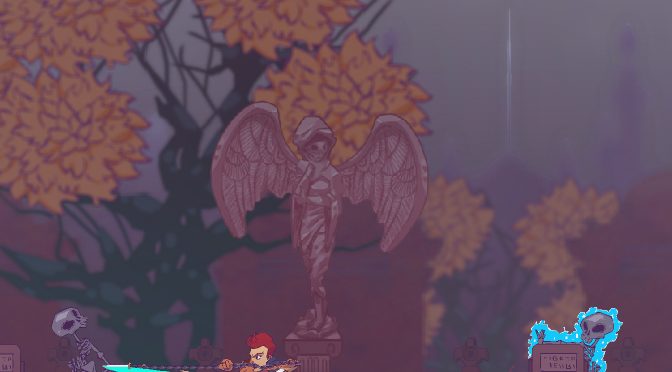 As you likely already know, I’m always on the lookout for interesting new games. Sometimes this means that I give incomplete games a chance to shine. That’s what happening this week with the Tonight We Hunt demo.

Tonight We Hunt is a game currently in development that attempts to invoke a similar feel to the Castlevania series. This game focuses on two Hunters that are out to slay demons. Being that this is only a demo, there’s not much else in the way of story, and what is there is hard to understand due to the poor English in the game. I’m not here to harp on the bad English, though. I get that it isn’t the developer’s native language. However, there are some other issues with the game I need to talk about.

Starting off, the controls are a mess. The game uses just the keyboard and some of the control decisions are baffling. That includes jump being on the J Key, dashing being tied to the U and O keys, attack on the K key and the sub weapon being on the I key. There’s also switching between main and sub weapons with the Q and E keys. It doesn’t feel natural at all and becomes a bit too much to process when combined with the normal WASD controls.

Even after getting over the wonky controls, there are a few general gameplay problems worth noting. This includes various bugs throughout the Tonight We Hunt demo. The overall movement of the game also feels a bit off. It’s almost too snappy, as if the characters don’t have any weight to their actions.

All that being said, I see a fair bit of potential in the Tonight We Hunt demo. The core idea is good enough and I can see the controls getting much better with just some tweaks. The same goes for the gameplay as well. There are already some parts of the game, such as attacking, that feel spot on.

The biggest benefit to Tonight We Hunt is that it looks great. It’s obvious that the developer knows their art and cares a lot for their work. They just seem to be a bit off when it comes to the coding side of things. In that same vein, the idle animation for the character has them rapidly shifting back and forth. It makes it look like they are head bobbing to a beat, rather than just idly moving about.

There’s not much in the way of audio in the Tonight We Hunt, but what’s there is alright. This includes a main track that seems to take some inspiration from Halloween. It fits well with the demon hunting atmosphere of the game and adds a bit of dread to the whole situation.

Here’s the thing about the Tonight We Hunt demo. It’s out to promote an Indiegogo for the game. I’m not against crowdfunding, though I am wary of it most times, but I don’t think the game is to that point yet. There just isn’t quite enough polish on the demo to convince me that this game is ready for crowdfunding. The backer rewards are also missing any details whatsoever about what they are, which is a big red flag for me.

Overall, Tonight We Hunt seems like a game with promise. I hope all goes well for the developer and that they can put out a finished product. So long as the issues I have now are fixed, and the rest of the game is complete, I would have no problem with checking it out.

Being that this is a demo for an unreleased game, there is no GiN score.