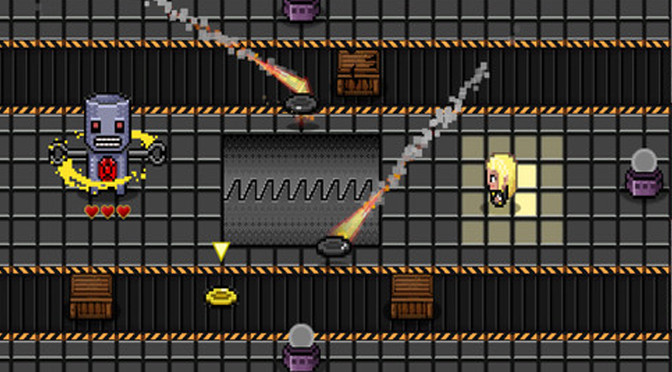 I’ve noticed an uptick in the number of multiplayer games I’ve been playing recently. Luckily, most of these games fit into the Time Waster category. DiscStorm is one of those games.

DiscStorm is a game where players uses discs to battle each other in various arenas. Players can carry three discs at a time and have a wide variety of techniques to help them in battle. This includes being able to reflect opponents discs, stun enemies in battle, dash and catch their own discs. That might seem like a lot to try and learn, but it’s actually quite simple to get the hang of.

DiscStorm suggest that players use a gamepad when playing. Honestly, I agree with this. The gamepad has players aiming their discs with the right analog stick while moving with the left. Discs are thrown with the right trigger and the reflect is on the left trigger. It works out really well and just feels natural.

Playing with a mouse and keyboard isn’t horrible, but it just doesn’t work as well. Throwing and catching discs are tied to the left and right mouse buttons while movement is set to the ASWD keys. Aiming is controlled with the mouse and it’s really easy to lose track of the crosshairs in all the action.

The multiplayer in DiscStorm is really solid. It’s not just a bunch of deathmatch games over and over again. Instead, each match has the players competing to complete different tasks. This includes keeping a hold of a crown for a certain period of time, not holding onto a bomb when it explodes and more. All these different types of gameplay really help the game stay interesting even after multiple rounds.

One downside to DiscStorm is that it does lack online play. Don’t get me wrong, I love sitting on the couch next to my friends and playing as much as the next guy, but it’s just not always possible. However, the game does feature AI opponents in case friends aren’t readily available.

This is all good and fun, but I did find myself wishing that there was a little more variety. However, all of these different levels were unique and had their own special features that players need to learn about. The final bosses of each level also varied a lot and were fun to fight.

DiscStorm has a very standout art style to it. Characters are represented with portraits that are filled with detail and make it easy to see their personalities just via their appearances. There’s also a variety of costumes to unlock for each of the five characters. The actual gameplay is pixel art and it looks really good. It really compliments the gameplay with over-the-top effects that stick out more as pixels.

I love the audio in DiscStorm. The sound effects are wonderful, but it’s the music that I really enjoyed. Each level has its own theme and they’re all action packed. Players understand that the game is going to be fast paced as soon as they load it up with an incredibly powerful sounding song on the Menu screen.

Overall, DiscStorm is a wonderful game. It features fun arena combat for single and multiplayer that’s simple enough to pick up and play, but complex enough to reward those that practice. It’s also sporting some wonderful graphics and the audio is amazing.