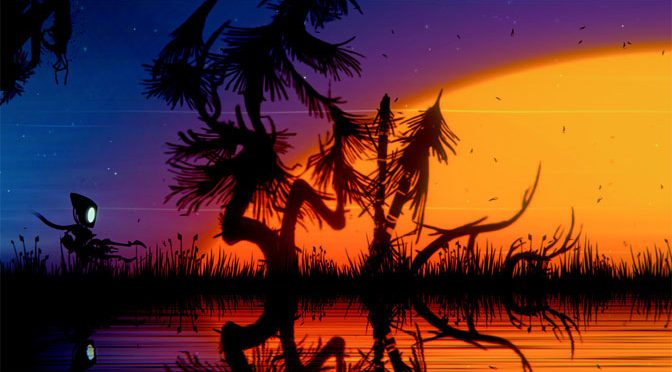 If you’re looking for a visually stunning game, you need to look no farther than Vesper, a platformer from Cordens Interactive. However, those visuals are far and away Vesper’s greatest strength. Navigating Vesper’s beautiful world is a different issue entirely.

Suffering from a lack of signposting and visual clues indicating where you need to go, Vesper leaves the choices up to you in what can become a frustrating exercise in wandering between screen after screen. Considering how beautiful the game is, that may not necessarily be a bad thing, but whether you care for Vesper will depend largely on if the visuals outweigh the lack of direction for you. 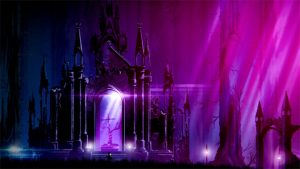 In Vesper, you control an android that I assume to be named Seven based on the number of the escape pod Seven used to reach the alien world that serves as the game’s environment. The game opens with your character as the lone android caught in the middle of a conflict between two other android groups. Seven races, mostly to the right, until it encounters three wall-mounted androids in a control area. Seven activates a mechanism and blows himself out of the ship in an escape pod. Seven crashes onto a planet’s surface, and Seven must now survive on this new world populated with the occasional enemy, strange creatures, and plenty of platform puzzles.

Over the course of the next several hours of gameplay, Seven will explore the history of the world on which it finds itself and how the conflict it has just escaped relates back to that history. Ultimately, Seven must harness the power of Light in order to defeat its enemies and secure a peaceful future for its people. Whether it succeeds depends on you, the player, and how and what you unlock during gameplay. 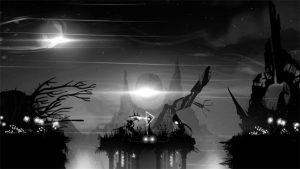 Vesper offers a traditional 2D platforming experience set against some truly stunning visuals. The world Seven explores feels incredibly alien while maintaining enough familiar visual signals that players will feel comfortable right out of the box. Vesper’s silhouette-style art offers vistas painted in warm reds, glowing blues, eerie greens, and the occasional full-shadow, and it’s breathtaking. Make no mistake, Vesper looks like a version of Limbo that discovered color. The character and environment designs give the game a richness that you won’t find in other, similar games.

However, a good game builds on its visuals with solid gameplay. For platformers like Vesper, that means offering puzzles and generally, a clear path. Truly great platformers offer players a plethora of methods by which to solve the puzzle. While I suspect Vesper does provide for the use of different solutions, Vesper does not do such a great job with signposting. The game opens with what seems meant to be a tutorial but seems really to be an introduction to the story before shifting to an opening credits screen. That’s great in concept, especially as it introduces a weapon that you’ll be able to use much, much later in the game, but in actual play terms, I spent a fair amount running stage right before stumbling into the sequence’s final destination. 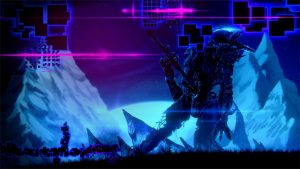 The tutorial only allows you to run in a single direction. There’s no mistaking where you’re meant to be going, even if you’re trying to figure out what it is you’re doing. However, once Seven makes landfall, all bets are off. On the planet’s surface, there is nothing to indicate which way you should go. Seven can go right or left, and for me, choosing the direction was a matter of flipping a coin. I can see that as a deliberate choice; the game designers want you to feel a bit of what Seven might feel upon becoming stranded on an alien world. As a player with comparatively limited play time, however, I did not appreciate that particular artistic choice. 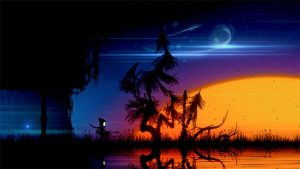 Vesper’s controls are very forgiving, which is a point in its favor. Seven comes out of the airlock knowing how to grasp and climb, and you can quite easily grab onto the edges of platforms and hang. That skill comes in particularly handy when trying to avoid enemies. For earlier sections of the game, that’s all you’ll be able to do when you encounter hostile robots. The first time I ran across an enemy robot in the wild, the game took over, triggering a small cinematic in which Seven snuck past the robot just to get the point across to me. Wariness of these robots is a must because they kill Seven with a single shot, prompting the game to restart to the point before you died. As with most of these indie platformers, lost time remains the only consequence to death. You will eventually acquire the use of the weapon you had in the tutorial, but be prepared to wait. Vesper isn’t meant to be a combat game; it’s a puzzle game, so the weapon gets reserved for later stages. That said, when the game does use the Drive Gun, Vesper does a fantastic job of utilizing the Drive Gun’s capabilities in its puzzle solutions. 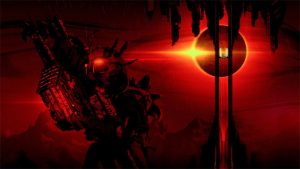 The puzzles themselves range between fairly obvious and more challenging, which is nice. The enemies have fairly set movements. You’ll learn to anticipate and use to your advantage as you continue to play the game. In other instances, the environment poses more of a challenge. You’ll find areas of total dark, and you’ll have to memorize maps and platform locations in order to navigate these sections. The puzzles are interesting, if not entirely innovative, so there’s certainly something in Vesper to hold your attention.

In addition to the puzzles, Vesper tries to pique your interest with world-building. Vesper tells its story through holographic memories that play in the background when you encounter them, and that aspect of the storytelling flowed seamlessly. The game also uses written log entries that you find along your way to explain the portions of its story it deemed more difficult to show than to tell. The inclusion of those passages makes sense in context, but I found that to be a less well-developed way to tell Vesper’s story. That said, at least you know right off the bat what you’ve found when you discover one of the written passages. I passed a number of holographic “memories” before I realized what they actually were and that I should pay closer attention to what they do. I initially believed that they were simply elements of the background environment. 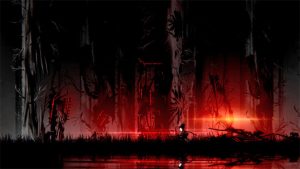 Be prepared for a very, very slow game. The game’s pacing is glacial at best, which considering the roughly five-to-seven hours of gameplay makes for a strange plot choice. On replay, however, Vesper picks up, expanding on the storyline to offer players a broader experience of Vesper’s world. Part of that experience involves looking deeper at the game’s themes, which center around the power of choice. The choices you make through Seven affect which ending you get, and the endings, too, reflect the thematic structure of Vesper. In that sense, Vesper presents you with a very tight story, if you pay close attention.

If you like platformers, Vesper may be for you, but definitely be aware that despite some interesting puzzles, Vesper’s world feels very empty. The levels seem to be much too large for the number of puzzles they present, and the game leaves you with a niggling sense that the game wants you to run Seven from gorgeous vista to gorgeous vista as the game shows off its admittedly stunning visuals. Depending on how much attention you pay throughout the game, the ending may feel less than satisfying, and if you’ve only got brief periods to play, Vesper’s pacing probably means that this game isn’t for you. Plus, the strange absence of any sort of direction can prove frustrating if you’re trying to squeeze in some gametime and just want to move through the story. 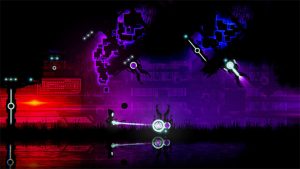 However, Cordens Interactive has put a fair amount of thought into the world and the story it wants to tell, so Vesper offers a unique experience that old-school indie gamers will likely appreciate. However, I strongly recommend downloading the demo before purchase because you will either love this game, or you’ll hate it. You’ll know into which camp you’ll fall very quickly. Vesper currently retails for $14.99 on Steam, and considering that the game offers a deeper experience on replay, the price seems fair. 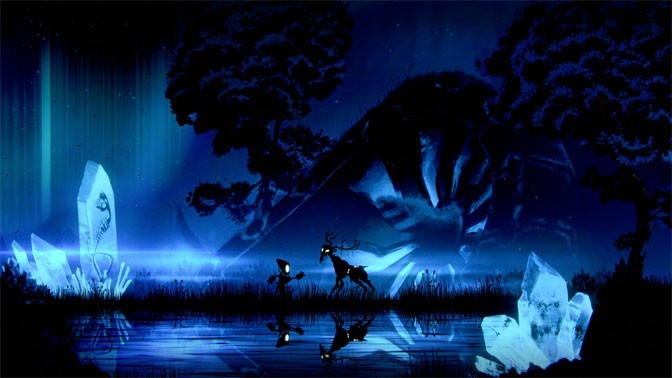