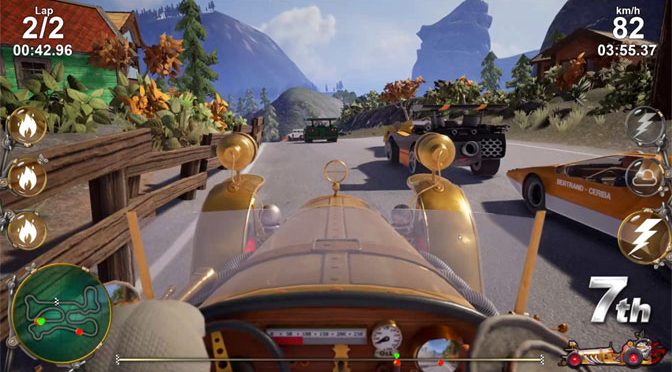 What we know in English as the Pinchcliffe Grand Prix also goes by Flaklypa in its native Norway, and if you happen to be Norwegian and of a certain age, apparently, the game ticks all of the nostalgia boxes for you. However, even if you have never seen the film, like your humble reviewer, the game offers you the opportunity to step into an oddly charming world. While not all of the minigames bear playing, there’s enough at the heart of Pinchcliffe Grand Prix to make it a pretty solid game to play with your kids. 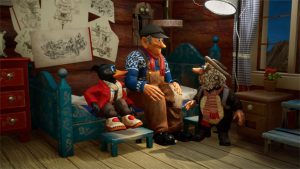 The game’s main character is a crazy inventor (Reodor Felgen in Norwegian and Theodore Grimspoke in English) who occupies the Crazy Inventor Shack™ with his friends the Magpie (Solan in Norwegian and Sonny Duckworth in English) and a hedgehog (Ludvig in Norwegian and Lambert in English). I’m going to use their Norwegian names because they feel a little less awkward to me. While going about their business, Felgen hears about how an erstwhile apprentice has allegedly constructed a race car that cannot be beaten.

A cursory glance at the design by Felgen reveals that the apprentice stole one of his designs to create this masterpiece. Not to be outdone, Felgen hits the drawing board and draws up plans for an even more unbeatable vehicle—Il Tempo Gigante. No, I don’t know why the name is in Italian.

Felgen approaches an oil Sheikh that just happens to be in Pinchcliffe (or Flaklypa), and the Sheikh is so incredibly impressed with Felgen’s designs that he immediately foots the bill. In theory, it should be off to the races from there, but the game doesn’t let you, as the player, get off that easily. From there, you have to explore both story mode and enough mini-games to win enough parts to construct this magnum opus, and that’s where Pinchcliffe Grand Prix starts to drag a bit. 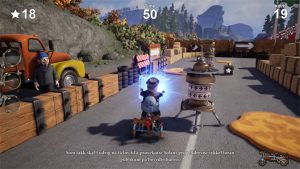 Pinchcliffe Grand Prix’s target demographic is young children, and to that end, the game tends to be fairly simple to play. Story Mode is mostly point-and-click exploration, and it comes with the mandatory interesting facts that you would find in any kid’s game. You do need to acquire the car parts as they’ll be necessary later in the game. Then, you have the option of playing nine minigames. The options here are hit-or-miss for adults, but I’m sure they’re fun for kids. The jigsaw puzzles felt very much like the one I do with my boys, both of whom happen to be under the age of four. The Mah-jong variant feels very stripped down, and the shell game doesn’t inspire much interest in continuing to play it. The flower maze offers the same nostalgic appeal that a Pacman emulator does, but the boys enjoyed it more than I did. 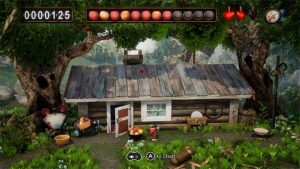 The 3D games tend to be a bit more developed and actually trend toward racing, which seems to be preparation for the game’s final chapter. These games involve repairing bikes, a weird aerial helicopter game, and lastly a trike race. Again, the game’s target audience is 3+, so if you’re looking for a real challenge, you won’t find it here. However, the trike race can trip you up if you aren’t paying attention. 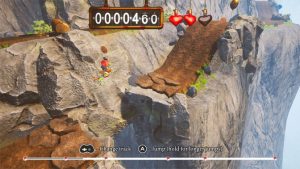 The final “minigame” really just involves assembling Il Tempo Gigante, and I honestly wasn’t sure what the pay-off was here. Then, once the car is assembled, it’s time to show that good-for-nothing former apprentice who the real inventor is. As with the minigames, the racing here isn’t going to bring your MarioKart skills to the fore. The entire system is pretty forgiving because Pinchcliffe Grand Prix is a kids’ game first and foremost in a way that MarioKart isn’t. 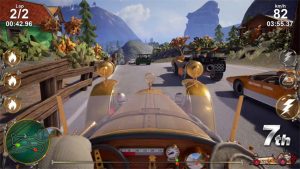 If you’re investing in Pinchcliffe Grand Prix, you really need to understand that this game isn’t really for adults. It’s a fun game that you might play with your kids—note, the game does offer two-player mode. The world Pinchcliffe creates is quite simply adorable, and the characters themselves have charm in spades. They take after their 1975 stop-motion forebears in more than just aesthetics. While the game does try and recreate that same stop-motion feel, the characters’ personalities take center stage. 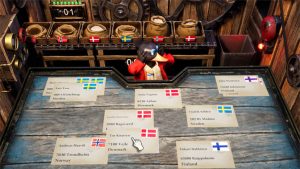 If you don’t have any real emotional connection to the film and want to play as an adult, this game likely isn’t for you. If you have kids and want to find a nice introduction to minigames and a stripped down kart racer, you should give Pinchcliffe Grand Prix a hard look. The game does retail for $34.99 on Steam, so just be aware of what you’re getting in your download.