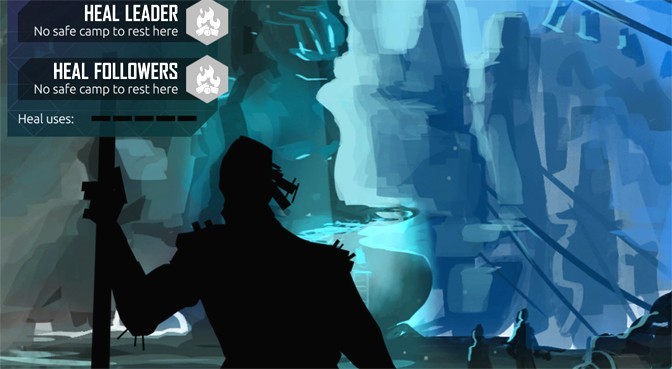 Hey all you Modern Gamers fans! This your hostess with the mostest back in action with another game review. Like cards? Like magic? Need to go on a pilgrimage but can go too far? Hey this is the perfect way to start the new season with this too hot to handle game called Blind Prophet. 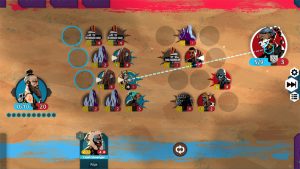 Imagine a desolate world covered in sand and broken down ancient (yet advanced) machines. You are a prophet that’s dressed in Buddhist clothes, with a mechanical arm. A small child offers to guild and greets you with “Namaste.” He tells you to open your map, where you can pick your next destination on your way to the Crypt! Your journey will cost you food and hope (dang) then it’s off you go. This place reminds me of a very hostile planet with the usual things. The world of Soma is a rough place.

Ok let’s talk about gaming graphics. It’s got a unique style to it. Really reminds me of borderlands in 2D and Samurai Jack. The setting is like Tatooine from Star Wars. The map and the battle scenes are what you’re doing most of the time, and it’s so fun that you will surely be looking for more and more from this game. Think of Nowhere Prophet as an RPG with cards. Speaking of cards I have to admit this plays out a lot like Magic The Gathering. Let’s dive into the game play, shall we?

Believe it or not the game basics are simple and easy to get used to once you play it. Like in Magic, you don’t get much energy to start out with, but the more you place your followers, their abilities, and other attack/spell tokens, you’ll gain more resources as you go along. 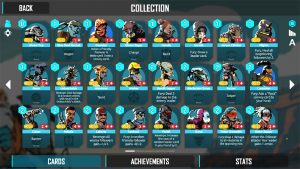 Now you do have three ways you go about conduct. By which I mean the way you treat your enemies and the people you come across. I chose the Altruist, which is a forgiver of sorts. For example, I just ran in and defeated the leaders of raiders, who just rounded up a caravan for slaves and their goods. I had the ability to set the slaves free or take out their leader. So I took out the leader. 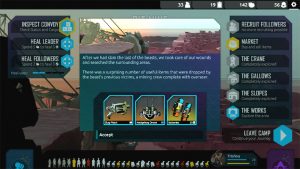 After I defeated the leaders, I had the ability to kill them or forgive them. I choose to forgive them. I thought “Hey I’m a Buddhist person, I’ll forgive them.” A lot of raiders fled. But some of them stayed, joining my group. I thought that was pretty cool. Now my guide tells me that this impacts future connections with my group. So be careful of the decisions you make. You could have some people leave your group or worse if you make decisions against the collective will of your party. 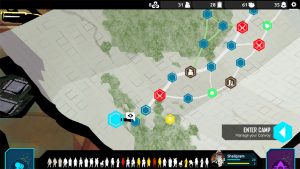 I’ve got to say, I had a lot of fun with this one. Anyone who likes Magic the gathering (or any other card based strategy game in general) needs to play this. Seriously, I think this one of my favorite games that I’ve looked at for the GiN Modern Gamer column. Play this game, and you won’t be disappointed, especially if you like card-based combat games, interesting choices in your role-playing and unique worlds to explore. 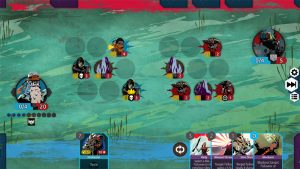 Ok, that’s all for now, Modern Gamer out! If you are curious to see what the Modern Gamer does in her spare time when she’s not modern gaming, you can check out some of her artwork over at Woodlingsart.com or on patreon.com/Shurale.