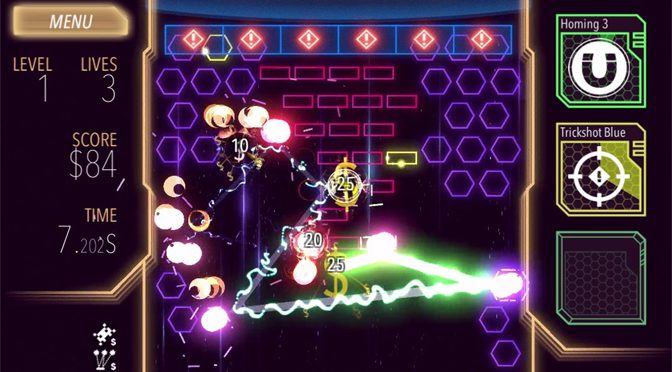 Hey, there fellow gamers! Modern Gamer coming at ya with a brand new version of an old favorite. Drawkanoid! *Slaps game* This bad boy provides hours of entertainment for hours on end. This game has reminded me of so many games in they smashed together. Pong is one of them, paddleball, and my favorite arcade game, pinball. Seriously I wished I had known about this when I was a kid. I would have spent hours playing this game. Looking for a way to cool your brain after a long day of school work? Or do you simply miss your nostalgia from the good ole days? This game is for you, lets dig in! 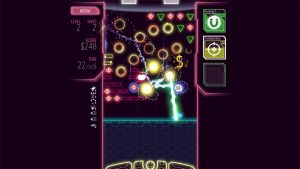 Drawkanoid is really cool. When my editor gave me this to review he mentioned it was something he used to play back in the day, but as the old school game Arkanoid. I didn’t know what to expect when I played this game, but I was in awe. I wished I was able to play this when I was a kid.

So what is Drawkanoid? It’s fast pace paddle ball Pong, with the ability to upgrade to combo’s, speeds, and even armor for your base. Your job is to draw a line and let loose a ball that breaks bricks. Watch your ball as it will ricochet faster. When it gets past the barrier the ball will slow down which is enough for you to quickly decide where your next line is going to be. (You’ll still miss a few moves if you’re not careful.) 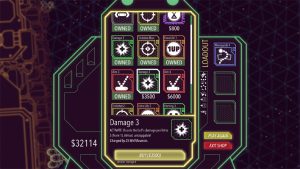 Here’s a bit of history for you guys about Arkanoid, the precursor to Drawkanoid, was made as an expansion to Atari’s breakout. Looking up the old school Arkanoid game, I found a lot of block and levels were the same. But if you grew up in the 70 to 80s they could only do so much, especially when bits were the breaking edge of technology. Meaning it was impressive for its time. The people from QFC Design took all the fun stuff out of Arkanoid and gave a serious upgrade. Speaking of upgrades you can get some serious upgrades after you’ve broken a few stages of blocks. There’s a pierce mode, a drawing combo mode (my favorite actually.) even a Zen mode, which takes all the speed out of the game. It’s a bit less stressful and you can plan you’re moves out much better. 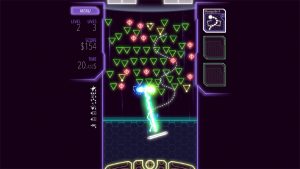 How is it played? You simply draw a line with your mouse and let lose a pong ball with a really pretty colored stream. Then you keep drawing lines so the ball bounces back and hits the targets. It’s everything you want in a brick-breaking game. What’s more, is that the more lines you draw and hit at an angle the faster it goes. There is a barrier that once it crosses it slows down tremulously, but you have only half a minute to draw another line and break some more bricks. 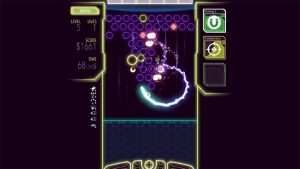 The game is gorgeous! It’s all in neon that doesn’t hurt your eyes. The saturated palettes are amazing! And the music is so soothing I could listen to the soundtrack even after I was done playing the game. The brick smashing is like watching fireworks go off and everything time the ball hits something it changes color. It’s like oooh look at all the shiny things! You play this game for the sheer joy of colors and the addictiveness of breaking stuff.  Play this game, it’s amazing!

That’s all for now, Modern Gamer out! Curious to see what the Modern Gamer does in her spare time? Check out Woodlingsart.com and patreon.com/Shurale.