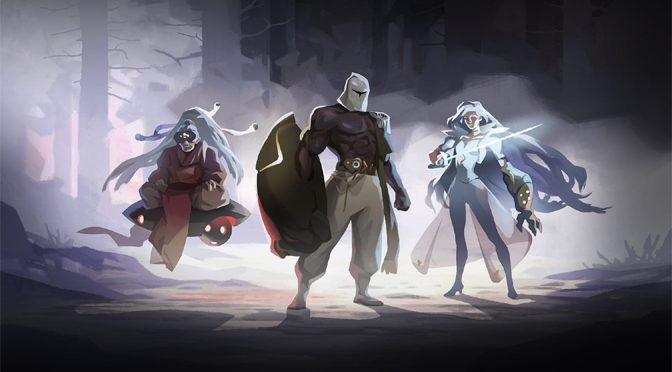 Hello, my gamer family! This is Sumroad… enjoying the view from Mare Tranquillitatis. And as you’d presume, it is quiet up here. How did I get to the moon? you may ask. Remember my review for The Battle of Polytopia? Well, Elon Musk liked it and called me after it was published. He asked me if I’ve been to the moon like… ok Elon, really? Anyway, we talked a lot and he was so kind to offer me a ride to the moon, and here I am, waiting for the next shuttle to take me home again.  And if you thought that story was hard to believe, then you should wait for the next one. We are always looking to bring you a wide variety of options for you here in The Modern Gamer and I believe you’d enjoy this one. Time to buckle up, we’re about to start! 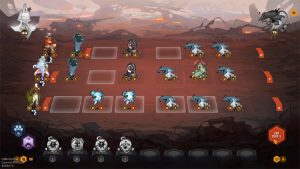 Against the Moon (AtM), a game developed by Code Heretic, is a 2D tun-based strategy game with a few twists. The main plot revolves around an apocalyptic world, overrun with beasts. But things are getting even harder for what’s left of the human race and somehow the Moon is taking part in this. As an Ultori (superhuman), you are civilization’s best chance for survival. 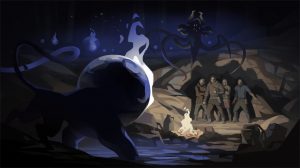 At the beginning it feels like a classic card game, you go into a three-lane battlefield with your set of allies (cards) and you have to beat the enemy on the other side, classic stuff, but then it feels a little like an RPG, because the position in the battlefield matters too. But what about command? Your best cards are the Ultori. These guys will lead the actions for the rest of your cards and will hit the enemy harder with their ultimate abilities, with the caveat that one of them is basically support, the other two are DPS and Tank, so you have the basic bases covered. Anything on top of them? Yes, you have to protect Arx from the enemy’s attacks because if Arx dies, the game is over. As you can see, the battle system boasts a four-layer design: the battlefield itself, the allies/foes, Ultori/special enemies and finally Arx/main enemy.

This game also features card mutating, which is the equivalent of upgrading your cards, bear in mind that mutating will change your ally’s skills and abilities. This is important because each mutating stage has a very defined purpose, making it a counter for a specific enemy or group of them. Ultori are upgradeable too, so you will have to prioritize on that side too. Is worth mentioning that each Ultori have can rock a set of powers too. If you want customization, you got it! 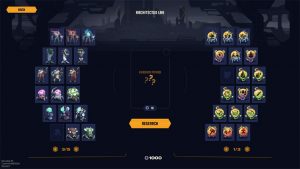 That’s for the basics of the game, but in fact, it has a really appealing and well written story, which, once again, feels more like an RPG thing. Apocalyptic storylines aren’t particularly new you see, but when it is well narrated, it gives depth to the game, making it richer and enjoyable. Kudos for the developers for doing that and really making their game a lot better. ;) 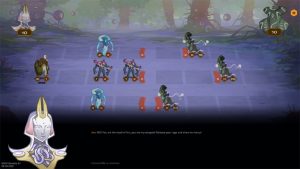 Honestly, the battles are well defined and if you fail one stage, the enemies will act the same, or in a quite similar fashion, so you have an idea of what will happen next and what you’re lacking. Say tactics are really important here and whereas the enemy’s behavior is fairly static, you can plan ahead in case of a defeat. This can be seen in two different angles, when you lose, you will know how to fight them on a rematch, so strategy suffers and tactics too, because you know what will happen next. On the other hand, it feels more like a puzzle because some stages could take a few tries to beat. Each decision count and affect the battle as a whole, a single mistake could lead to a defeat. 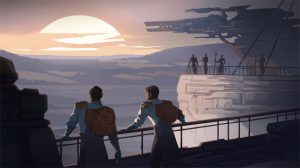 Let’s talk tech, ok? The 2D art and animations are really well executed, though, in my opinion, I would’ve added a little more depth to the characters and items in general, but that’s just me. The landscapes and the overall design are great, the color pallets are well defined, without harsh contrasts which makes it easy for the eyes. The UI is intuitive and good enough to keep things simple, avoiding getting lost into a sea of options and features. But don’t get me wrong, AtM has a very nice set of customization options so you can modify the battle environment to your playstyle, just keep in mind you will have to tweak things up a little every now and then in order to win some battles. BGM and SFX are on point.

The music does its job to keep you focused on what’s going on in the battlefield, not taking part in the action, au contraire. It suits the story and wraps up the player giving that sense of immersion you need. SFX as complement are enough and simple, but not plain at all. As I said, on point. 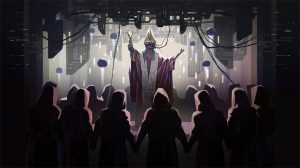 In my humble opinion, Against the Moon is a great game overall, worth trying, and exploring. It does have the right amount of everything. Although if I had to ask the developers for a change, I would like to have different behavior of the enemies (first and subsequent battles), or at least set the threshold to a mildly challenging level. That way us players would find it more rewarding because it’d be like a whole new challenge every time within the borders of the stage’s difficulty. All in all, it is a great game and the developers certainly put a ton of effort to make it possible. Ergo, make sure to get it once you have the chance. I know you won’t regret it. Oh! That’s my transport! I got to rush out my friends and family, this is Sumroad signing out from the Dark Side of the Moon, wishing you all (as always) a great gaming weekend! Adieu!