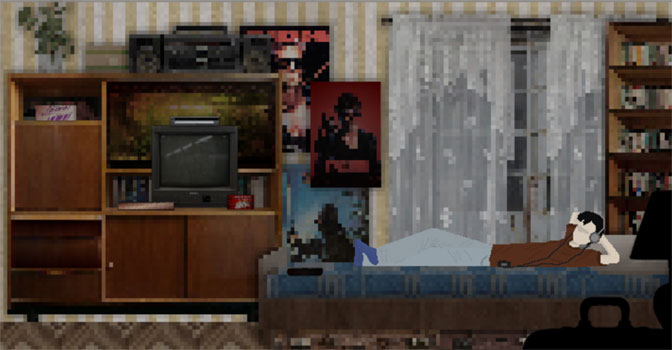 This game is set in 1996 Russia at the end of the Soviet Union. It’s about a young man who moves to the city where his grandparents are for the summer. He is looking forward to a nice summer off and making a few new friends. Only, he soon discovers a horrible secret that lies beneath his peaceful little summer escape. 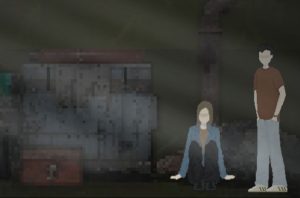 Dom Rusalok is a 2D puzzle mystery adventure game. And it isn’t for the faint of heart either. This game is not rated, but if it were, it would easily earn an M for Mature. The plot starts off when a young man named Zhenya makes friends after wandering around his grandparents yard. Your new friends play hide and seek, making Zhenya it. You explore a bit and find all of them as part of this tutorial like game. Then you find out that there’s an abandoned building that’s opened up recently called the house of Mermaids. Which is the game’s namesake. Things start to get even weirder when Zhenya finds a cave in the basement. 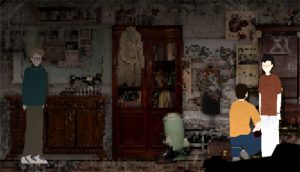 Basically, you walk around and find little items in your area, picking them up as you go. Only to use them later to get to where you want to go. At one point in time, you actually find some components to make a basic bomb. Now, the setting of the game is going to be a lot different than what we’re used to here in the United State. This is Russia we’re talking about. It’s a much harsher social environment than in the US, and backwoods Russia to boot. What I do like about this game is that it’s pretty realistic when it comes to what the Russians went through in that era.

The 1990s for the Russians were pretty much a decade behind the US. If you were a kid, you were given a reading list that the government wanted you to learn about, with certain parts omitted from them. That’s communism for ya. 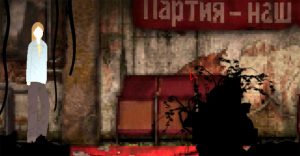 One of the interesting parts of Dom Rusalok is that a lot of “bullies” infest the game world. Here we would call them criminals and thieves.

There are a few times in the game where you run into them. But it’s a lot worse. It’s not just “hey kid, give me your bike.” If you are playing one of the female characters, you have to watch where you’re going or you’ll be in a bad situation. One of the girls in DR, named Dasha, runs into that situation trying to go home. Luckily, she gets outta dodge and away from those guys.

I don’t know what to tell you about this game as far as its playability. If you like mystery solvers then Dom Rusalok is for you. There’s a lot of actual real-time lore in this game. I actually know some of it because I’ve done a lot of diving into Russian history looking for how some of their folklore started. Like I said earlier, the graphics play out like an 80’s video game. Like I’m back in kindergarten playing Oregon Trail on those huge floppy disks. Even though the graphics are bad, I want to say the developers are trying to give that effect of being in Russia at that time. I have to say it worked. The story however is pretty interesting and they keep the suspense up. 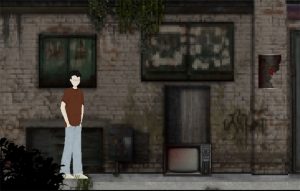 One more thing before I go, the Rusalok or Mermaids as the Russians call them have a different kind of story. In Russian folklore, they didn’t always stay in the water. One of the older creation stories says they wintered in the ocean and came back to the rivers in the spring to disperse the life-giving mist, bringing about springtime. In the summertime, they would have long wet hair and could grow legs, swing from trees, and entice young men. But if the mermaid’s hair dried out they would die. These mermaids were called Rusalka. But as centuries span the stories got darker, saying that rusalka was created by women committing suicide. Becoming masters of the rivers and lakes, eating the men they captured, much like sirens.

That’s it for this week. Be sure to check out Dom Rusalok on Steam if you want to try an adventure game with a serious Russian twist.

Hey, before I go, I have to tell you that the GiN YouTube channel is getting repacked with lots of new content, and Twitch streaming shows are now up and running! We also have relaunched The GiN Lounge podcast! Come check out those links for some extra gaming goodness in groovy new formats!