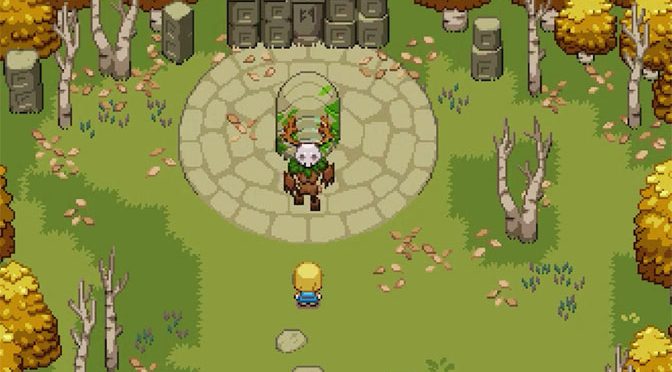 Hey all! I’m back with yet another game review for you to enjoy. It’s Ocean’s Heart!

Plot: The plot is fairly simple, you are a young woman named Tilia who desires to be the equivalent of a local guard on her home island. Stuff happens and she is forced to set out on a journey to find her father and her best friend. If that sounds similar to The Legend of Zelda: Wind Waker, it’s because it is. Frankly, the plot is pretty standard, not anything to really note, it’s the standard hero’s journey. 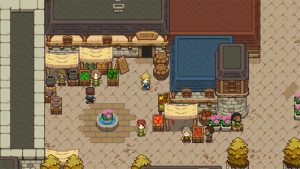 Gameplay: The gameplay plays like a top down view Zelda game, like A Link to the Past, or Minish Cap. In fact this is pretty much a Zelda clone all the way. The gameplay is pretty much exactly like those games, though there is the lack of the plot/gameplay devices like the Minish Cap’s shrinking ability or LttP’s travel into the Dark World. Yet despite that it’s still a pretty fun game, but the comparisons to older Zelda games is deliberate and that’s not necessarily a bad thing.

There are some bumps though, it’s definitely not as polished as a Zelda game, for instance in a Zelda game you could get ammo or items refills by breaking pots or bushes, and while that is still possible for some things, the majority are just empty. 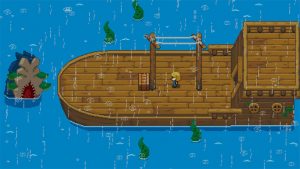 Early on in my playthrough I was forced to try to beat a boss by throwing my bombs at it to defeat it safely, but afterwards I was unable to refill them for a long time because my tried and true trick of breaking pots from Zelda games didn’t actually net me additional bombs. So a few screens later when I saw a bombable wall, I was unable to do so and was forced to come back much later. There are other bumps just like this throughout the game, and it mostly became a pain in the butt to deal with. 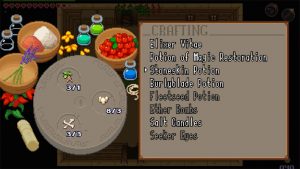 That isn’t to say this game isn’t fun, I enjoyed playing it a great deal, but if they were going to copy a bunch of gameplay ideas from Zelda, they could have continued to copy the breaking items to get health/money/items trick as well.

Art: The art is quite a lot like the older Zelda games, and that’s not a bad thing, again it lacks a bit of polish that I’d expect from a true Zelda games, but overall I didn’t mind the small differences too much. 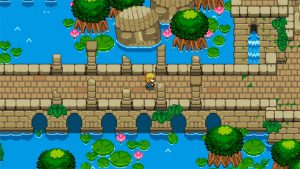 Music: The music is fairly bland, there wasn’t the sweeping and moving scores you’d have expected in a Zelda game so the game loses a few points for that. However they weren’t annoying so it’s not the worst soundtrack or effects I’ve ever heard.

Overall: A decent Zelda clone, it’s worth the price but it’s still not a true Zelda game. Some tricks from those games won’t carry over, but some will. 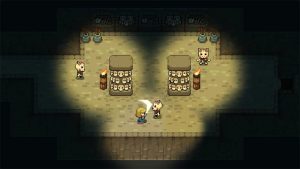 For those who like: Fantasy, Action, Adventure, Zelda Games.