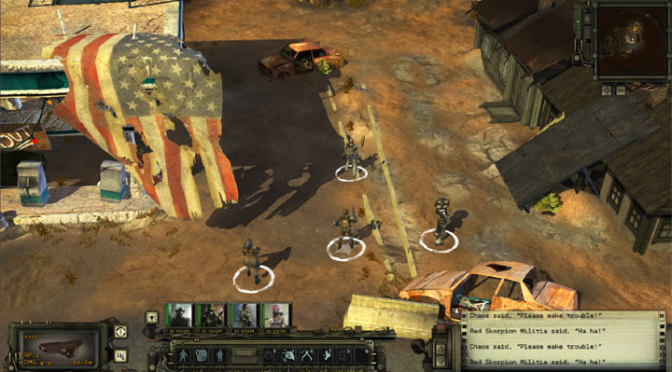 Wasteland 2 is an interesting little gem of a post-apocalyptic turn-based strategy game. Those who greatly enjoy games like Shadowrun and Fallout have probably already heard of this series, as it’s one of the best CRPGs to have come out in recent years. This is the first time that Switch-only owners will have the opportunity to try out a game that originally came out in 2014, which means the quality of the port will be an important thing to note. So is Wasteland 2: Director’s Cut worth spending your cash or would buying it just be a…waste? Not all of these puns can be gold, so let’s forget this even happened and move on to the meat of the review. 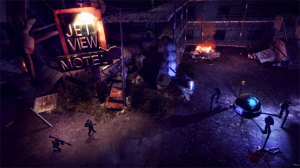 CRPG is a pretty loaded term when talking about a genre, especially on console, so it’s important to note that this is a game similar to Baldur’s Gate, more recently, Divinity Original Sin, as well as the older Fallout games (1 and 2, plus the Tactics game my friend references but doesn’t actually exist. It doesn’t exist, in the same way that The Matrix was a great movie and it’s such a shame that it never had any sequels). You can create a team of characters, selecting appearance and attributes that you think may best suit your play style throughout your journey. Attributes, perks, and skills are available and you can build your characters to have better explosives or make them learn how to talk to animals (I won’t judge). You can make four characters and then recruit some NPCs who may have useful skills that will help you as you go along so you can have a very well-rounded team, or solve everything with violence because your built your team to slaughter everything you come across that looks at you funny.

You create a team of your characters, and then you begin exploring a world set in a timeline in which the US and Russia went to nuclear war with one another and essentially caused the apocalypse. Fifteen years after the original Wasteland, your characters are Desert Rangers who are trying to find out who killed Ace, a Desert Ranger from the first Wasteland game, and the story evolves from there, with players encountering murderous robotic synths (this game originally came out over a year before Fallout 4, for what it’s worth), nuclear missile worshipping monks, malevolent AI, and lots more that you can influence a little bit with your dialogue options as you progress through the game. 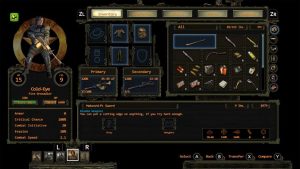 It’s important to note that you will be given a lot of choices in Wasteland 2, and many of the choices you’re offered can influence what occurs later throughout your adventure. For example, you can find a nuclear missile silo at one point in the game, and two separate factions will want the missile inside of it. One faction consists a bunch of nuclear arms-worshipping monks who is led by a man that wants it in order to replace their fake warhead that they had been using as leverage to keep the peace of their canyon, while the other faction is a mercenary group that wants it in order to wrest control from the other because, well, the other faction is a bunch of crazy monks who worship nuclear armaments. You even get the option to disarm the nuclear warhead before sending it to either side. Giving the monks the armed nuclear warhead leads to them accidentally detonating it and throwing the canyon into disarray, while giving the monks a disarmed nuclear device causes the followers of the faith to become irate that they had been lied to about their nuclear god and kill everyone who had ever lied to them. The quests are memorable, and each choice has its pros and cons, though some decisions are a lot more impacting on your play through than others. 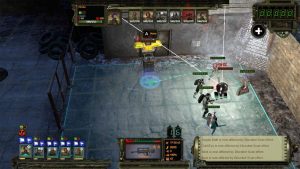 So, you can make choices throughout the game, but what about gameplay? Well, thankfully, the element of choice rolls over a bit, here, too. You explore and collect loot by directing your team of rangers, and if you come across a door that’s locked, you can find the key, pick the lock, try to break the door down, or straight up breach the door with explosives. Which path you take will most likely depend on the skills and perks of your characters. You will collect loads of gear, with each character having multiple equipment slots, a primary and secondary weapon, and limited inventory space, and constantly keeping an eye out for new equipment and useful items is something very common in the genre. 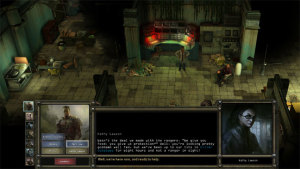 You’ll be thrown into combat fairly often, which is one of the more demanding parts of the game. You’ll maneuver through environments, use cover, and attack targets using information displayed on screen, kind of like an XCOM-lite. You mostly select what you want to attack and with which weapon, and you’ll see your odds to hit. You can fire your guns, use melee weapons, even explosives to get the job done, and properly utilizing strategy will be the difference between a successful encounter and an unsuccessful one. Other times, though, combat is a bit less forgiving: You may wander into a new area, see an option to dig up a grave, and then literally everyone in the town will go psycho and try to kill your crew, so you try to escape and wind up losing a character or two because of it. 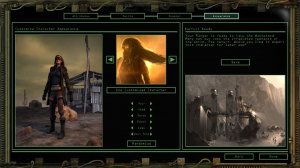 Yes, Wasteland 2: Director’s Cut has perma-death, so if a character dies, you’ll simply be continuing without them or restarting, which can hurt when you near the end of a fairly difficult battle but lose one of your characters with your favorite skills and perks. Combat is, essentially, shoot things until they die, and the most substantial amount of strategy is in how your build your characters and optimize your setups. The items you equip and even the choices you make throughout the game, especially in who to kill and who to spare, can essentially influence the difficulty level of your play through.

[amazon text=If you are up for a great challenge, pick up the Wasteland 2 RPG for the Nintendo Switch from Amazon!&asin=B07HMTC97G]

Notwithstanding, you may be completely dominating every combat encounter you come across but then suddenly find a robot with 500 health that is capable of killing your entire team in one hit- moments like this are extremely rare, but you should save your progress often, because unlike Xenoblade 2 where you can find level 14 and 80 enemies practically side-by-side, Wasteland 2 isn’t quite as forgiving with its “checkpoints” (Xenoblade will respawn you safely nearby after a failed random encounter. Wasteland 2 does not).

Speaking of combat, though, the controls of Wasteland 2 will take you quite a while to get used to. Messing with the camera is largely done with the right stick, and you’ll be clicking the stick in order to switch modes between panning the camera and rotating it around your party’s leader. It takes some getting used to, and it’s definitely not as intuitive (or quick) as pointing and clicking, but Wasteland 2 is a long and slow game, and after a slight learning curve, you’ll be able to rotate and pan your camera with relative ease. 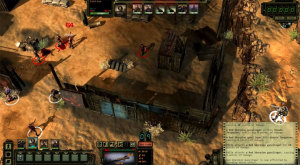 On the subject of looking at Wasteland 2: Director’s Cut… this game does not look great. You’ll notice low resolution objects everywhere, grass clipping through almost every object on the ground that isn’t taller than the grass itself (orange barrels laying on the ground with blades of grass sticking up through the middle of the barrel). This game is not a looker, as it has muddy textures and low quality polygonal models basically everywhere. The color palette is notably muted in favor of reds, browns, and grays, but it is a post-apocalyptic setting so that’s more easily forgiven here. 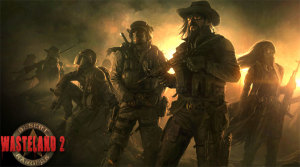 While there have been lots of information about crashes and glitches, in roughly 30 or so hours of play, only one crash has occurred to me, personally, and that was when loading the main map. There are some issues with the frame rate as it may drop for just about any reason- talking to NPCs, transitioning from combat events, you name it. As this is a turn-based game, issues with the frame rate are a mild annoyance rather than a full-on detriment to the experience, though it’s important to note that the issue is there for people who are sensitive to frame rate drops. In handheld mode the resolution seems fine, but are a little muddy- which the graphics of a Switch game basically always seem to be in handheld mode, but the downscaling from docked to handheld is a bit noticeable, here. The text also seems to be a bit smaller than would be enjoyed by someone who regularly wears glasses like myself, but others may not find that to be quite such an issue. 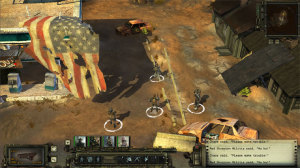 Overall, there’s lots to enjoy in Wasteland 2: Director’s Cut… if you’re willing to dig beneath the surface to get to it. The gritty setting and referential humor worked fairly well in making the dialogue enjoyable to read as it was not so in your face as to ruin immersion most of the time, but maybe an NPC who is a boy named Sue, for example. The stories that unfold for your Rangers are quite enjoyable, and all of the RPG and strategy elements make for a very entertaining game. 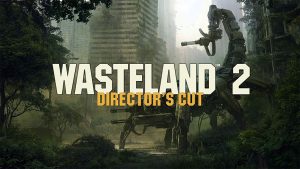 Unfortunately, as is the case on every console port of this game, the Switch version runs poorly. Frame rate drops are regular and muddy, low resolution textures flood the screen at basically all times, though graphical fidelity alone isn’t much of a reason to avoid playing a game (at least, for me it isn’t). Those who really want a great CRPG experience on the Switch, who are okay with subpar graphics and are forgiving of convoluted camera schemes or the occasional glitch, will absolutely adore Wasteland 2: Director’s Cut and will probably sink quite the number of hours into it. Those who want a more polished experience would probably be better off playing Wasteland 2 or Divinity: Original Sin on PC.

One thought on “Wasting Away with Wasteland 2: Director’s Cut for Switch”