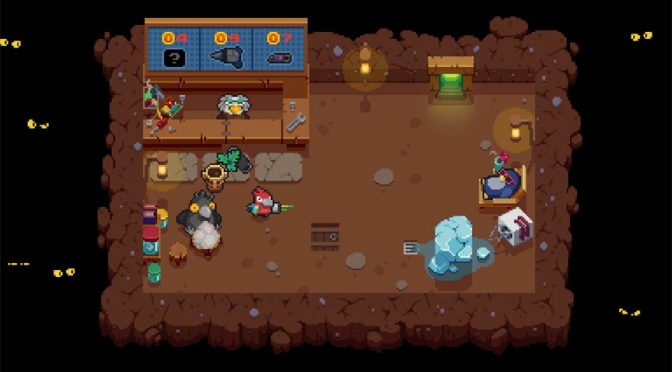 Hey all I’m back with another game review. It’s Blazing Beaks, the Switch Edition.

Plot: From what little information I could tell there is no plot, no explanation of what is going on, why birds have guns and what the heck those birds are shooting or for what reason. Calling that a frustration for someone like me, who lives for a good story, is a major understatement. The gameplay doesn’t help with that fact either… 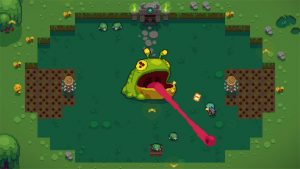 Gameplay: There’s no real help section, and you can leave the threadbare “Tutorial,” without ever understanding how to fire your weapon if you aren’t paying close attention. The tutorial, or what passes for one barely, is essentially a single screen clear of any enemies with no clear cut guide of what to do other than a small set of pictograms showing what various buttons do. Some people might enjoy games like that, where you’re just thrust into the action with no clue what the hell to do. Me I’m not that into those sorts of games.

So the lack of any story, the lack of clear direction and sheer difficulty of the “Story” mode, which by the way is one of the most inaccurately named game modes ever, is highly frustrating to someone like me. 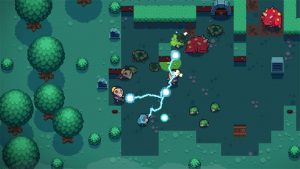 The actual “Combat” is a mix of old school 2D Zelda with Bullet Hell, and the fact that you have to start from the very beginning upon death is going to appeal to some, but drive away far more in my opinion. The lack of a clear story and goal doesn’t help this issue either. You can get upgrades to your gun, and they’re very helpful once you have those upgrades, but you can theoretically clear all five of the available stages with just the basic one and you since you lose any progress on death, you’ll be using that gun quite a bit. The short length of the game is another concern, but given that the levels are procedurally generated with the exception of the boss screens, it does have replay-ability. 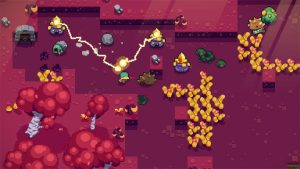 One thing of note, and something I wasn’t able to test, was that you can play the game in Co-Op locally, meaning you share the screen, like in the days before Xbox Live. This might allow you to clear the game easier, although if friendly fire, or even friendly collision is a thing I can imagine it causing more than one issue.

Art: The art is done in the pixel style, and while I appreciate the style for it’s longevity it doesn’t mean there aren’t differing levels of quality. This game doesn’t have the most amazing level of detail when it comes to pixel art and while it isn’t bad, it’s not spectacular enough to make me really gush over it either. 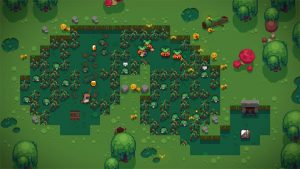 Music: The music is fairly mediocre, and can quickly get on your nerves, especially the gun sounds, which you’ll be hearing quite a lot.

Overall: This might be fun for some of you out there, but for most gamers I can’t see them getting much enjoyment out of it given it’s unforgiving difficulty and rather short length. 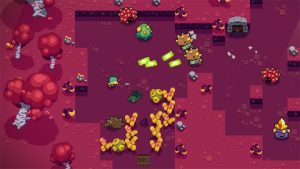