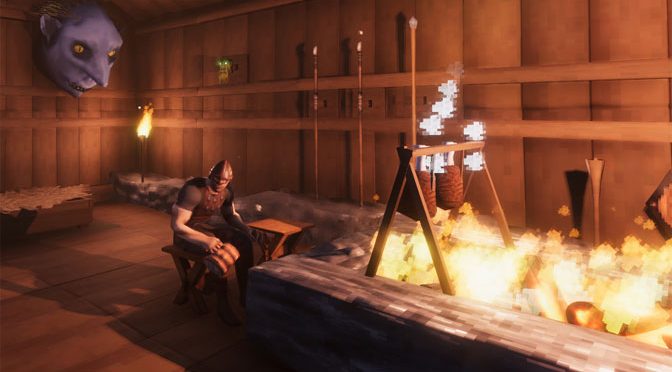 Survival games with crafting features comprise a significant portion of Early Access titles on Steam, and it’s a genre where there’s an increasing need for new mechanics or progression in order to stand out from the crowd. We just reviewed a new one called Arid this week on GiN. Valheim proposes a tiered progression system, where conquering powerful beasts and overcoming new challenges and events presents the player with a regularly changing world where the forest moves, the ground shakes, and foul smells rise from the swamps. 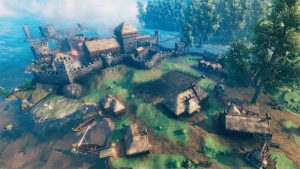 Valheim is a Viking-themed survival game that will have you exploring, crafting, building, and fighting to survive in a world that’s full of goblins, skeletons, and oozes who want you dead. Most third person survival games are extremely open-ended, and while Valheim will let you go anywhere you want, it’s extremely difficult to survive in later locations without gear that is decisively progression-gated. Players start in a calm meadow but without defeating the Xerneas deer knockoff that rules the area, you won’t be able to access copper and tin to make bronze equipment. Crafting the next tiers of equipment is the single easiest way to boost your survivability when you explore a new biome. 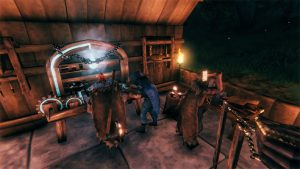 Combat in Valheim is remarkably simple, and offers very little in terms of audio-visual feedback or player engagement, which is pretty par for the course in the survival genre. If you were looking for God of War combat, you won’t find it here. However, what Valheim attempts to do, it does it well enough- you select your weapon on your hot bar and click the target to deal damage. If you’re in range, you’ll connect. A variety of weapons exist in the game with different damage types, which can be useful since you may encounter enemies who resist the blunt damage from clubs, so having a cutting or piercing weapon like a sword, spear, or bow might be handy in those occasions.

A timed parry block can be useful for players who like round shields, and can be very handy for staggering enemies and opening them up for big damage. Make no mistake, though, even with the parry mechanic (which only works with half of the shields, and can’t be used in conjunction with two handed weapons), the majority of Valheim play is in preparation and having the right equipment and items for the job at hand- going into a particular boss blind and without poison resistance is tantamount to suicide, for example. 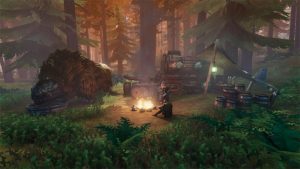 In between boss encounters, there are also events that can randomly occur while you’re building your bases, scavenging, or crafting: Generally speaking, swarms of enemies will spawn near the player’s location and attempt to kill them and destroy base structures. Some events can be stopped permanently by defeating different bosses, but typically new events with stronger enemies will replace those of events that no longer occur. Sometimes, even gods will pop in to take a quick note of your progress- though that’s remarkably rare. 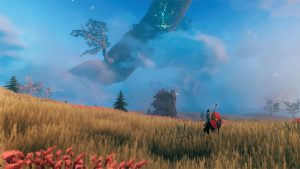 Speaking of structures, base building is also present in Valheim, which is why fans tend to call it, “Viking Minecraft,” though the building is a lot more nuanced, and janky, than Minecraft. You can build a home and place a fire in it, but ventilation is actually taken into account by the game’s building mechanics. Similarly, while exploring, the direction of the wind matters because you may find it easier to sneak up on unsuspecting targets when they’re upwind of you, making you harder to detect. Keeping track of the wind is also valuable for sailing, which you will likely be doing quite a lot of in order to move iron ore to your bases. 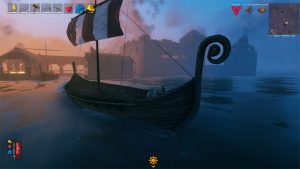 Leveling in Valheim is closer to games like Romancing SaGa or The Elder Scrolls IV: Using a skill improves that skill. Want to increase your blocking skill? Strap on a shield and let things wail on you. Want to level woodcutting? You’ll need to equip and axe and chop until you drop. Players have a huge variety of actions to do, as well, as you can tame animals such as wolves, or practice agriculture. Cooking to prepare food, mead, and other items that can fill your stomach and boost your resistances and health is also quite important. 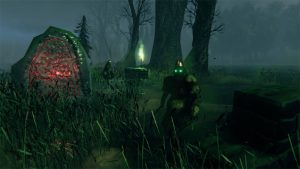 Valheim can be reasonably difficult sometimes, though most of the difficulty comes from learning about the game’s inherent systems. Wandering into a late-game biome on accident can easily result in getting killed in one hit by a mosquito, which could result in losing a percentage of your leveled skills (as well as any items you had on your person, until you recover your stuff). As mentioned previously, your progress in Valheim is primarily gated by defeating bosses, which is actually pretty unique for this genre. Killing a large deer monster will give you antlers that let you mine your first metal ore, which you can then process into bronze ingots. Using the materials you can collect anew, you can work your way to the second boss, who will open up locations in which you will be able to get scrap iron. You will search, gather, craft, repeat in preparation with each major boss, forming the core gameplay loop of Valheim. 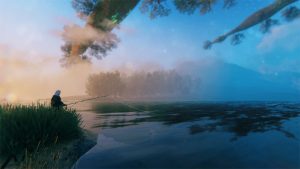 The visuals of Valheim are interesting, to say the least. The polygon count of the characters and environment are pretty low, and textures are stylistically low resolution, but the utilization of the lighting engine will make you forget about the pixelated textures when sunlight is peering through trees in the black forest. There aren’t a lot of music tracks present in Valheim, and while the sound effects are present they’re… not exactly the greatest, and sometimes you can hear things like a creature’s spawn point but not the sounds any of the creatures make, themselves, so you’re just left wondering what a particular hissing noise is. Though, it may be worth noting, that most players will likely enjoy Valheim with friends through Discord or some other VoIP service, so perhaps negatives about the lack of sound design are unimportant. 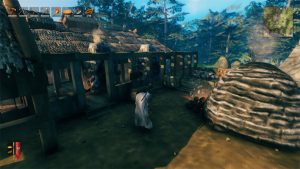 Overall, Valheim is an extremely competent survival game featuring building and crafting. The core gameplay loop of grind for materials, craft gear and items to boost your stats, fighting a boss, then repeating the grind is actually extremely addicting for a reason. Players can make extremely varied structures if you take the time to learn the ins and outs of the building mechanics, and leveling stats takes considerable time but has a strong impact on your gameplay and sense of progression as you grow and tackle new tasks or enemies. For someone who doesn’t enjoy sandbox survival games with plenty of challenge and grinding, Valheim may not be a title for you. For anyone else, Valheim is a great way to spend anywhere from 20 to 200 hours.