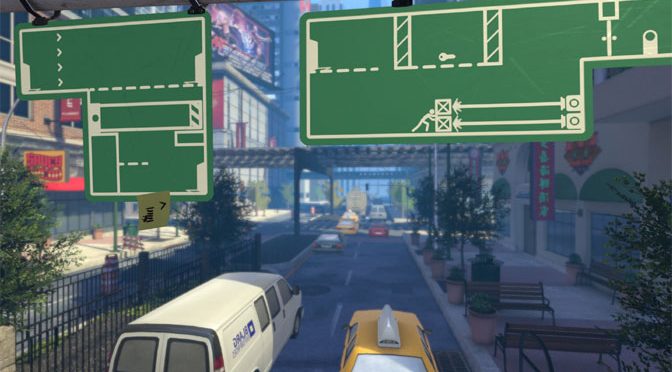 Most gamers are solidly partisan in terms of their thoughts about puzzle games. Basically, they either love or hate them. And while puzzle elements work their way into almost every game from shooters to adventure titles, pure puzzle games are pretty rare these days.

So it was with some surprise that we ran across The Pedestrian on Steam, a title that should appeal to both problem-solving masterminds and more casual puzzlers. Created by developer Skookum Arts, the game is both a purely puzzle title and also a totally new property with unique elements. Sure, it borrows a little bit from a few classic games, but is definitely its own offering, and quite a fresh one at that. 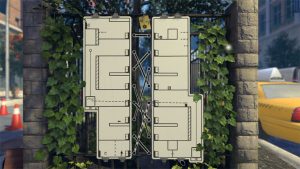 The basic concept of The Pedestrian is fairly straightforward and even a little whimsical. You play the ubiquitous stick man, or you can be the stick woman with the dress, found on warning and informational signs the world over. This is the guy who falls on wet floors, gets zapped by high voltage and explains how to safely cross the street. His job is to warn you about hazards or show you the correct path to take, and your job in The Pedestrian is to help him safely navigate his world of signs and dangers.

Since we are talking about a stick figure who exists on signs, it makes sense that The Pedestrian is presented as a two dimensional puzzler. What is probably not expected is that Skookum Arts made a series of beautiful 3D environments to house their sign-based puzzles. And the 2D playfield perfectly mirrors the 3D backgrounds.

For example, you might find yourself navigating a cork board environment inside a swanky office, or a chalk diagram scrawled on the side of a crate at an construction site, or moving across a ubiquitous green road sign beside a busy city street. The graphics are extremely well crafted and a big part of the fun. In fact, this may seem strange, but the 3D backgrounds are almost more entertaining that the actual 2D gameplay field. 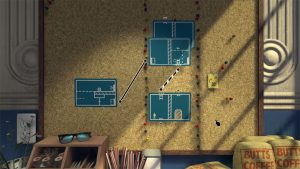 The sound is a little bit of a mixed bag. The soothing soundtrack is good for puzzle solving but I would have preferred something a little different that mirrored each environment better, or perhaps just ambient sound effects. But I suppose they didn’t want to get too annoying with it and wanted to keep it in the background. I think some of the tracks might have been borrowed or at least influenced by other puzzle games like The Dig, at least in some parts. 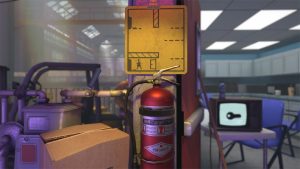 The actual gameplay for The Pedestrian consists of two main elements. First, you must move the signs around on the playfield so that they can be connected together. You connect them by drawing lines in the strategy mode part of the game, which you get to by pressing the F key. You can switch between the planning/strategy mode and the action one at any time. When you connect two doors or ladders with a line in strategy mode, it means that your stickman can travel between them in the action mode. So you go out one door and your stickman warps to whichever one you have connected to it. 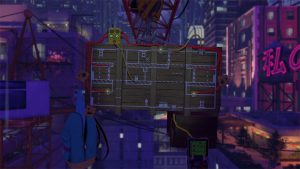 The strategy mode is deceptively difficult. Lines must have clear paths unbroken by, for example, other signs. And you can’t change the order after you have started moving your stick person to new rooms. So you are not allowed to move them into one room and then change where that portal they entered goes to. Doing so would make the game too easy. If you try to do that, your stick person gets reset back to their original starting position. 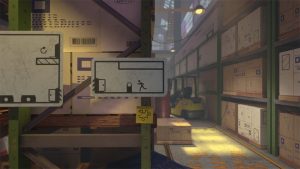 The second element in the game is the action mode where you move your character around and try to get to the exit point on the sign or signs for that level. This is almost like platforming in some places where you need to perform timed jumps to get across difficult areas. Thankfully, the emphasis in The Pedestrian is on the puzzle solving, not reflexes, so that platforming is kept to minimal acceptable levels. 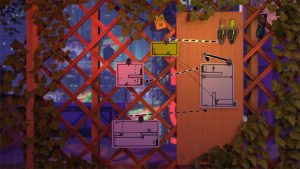 Eventually the maps introduce new elements like elevators, platforms, one way doors and things like blocks to push to make the action part of the game more challenging. Meanwhile elements like switches are used to make the strategy part of the game more difficult. It ramps up pretty well so by the time you get to the really hard levels, you should be an expert in how the game works. 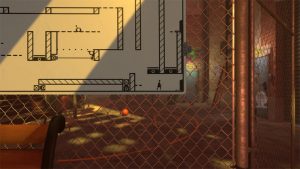 You can solve The Pedestrian in about ten hours, or less if you are better at puzzles than me. I admit I was stuck a few times on the more complex levels, mostly in the strategy portion trying to figure out how to move and connect especially complex signs. If you plan things wrong, you might not know it until your stickman is well into the level, so you have little choice but to reset him and think up a new plan. Post-it notes are used to provide hints for those like me who need a nudge in the right direction. 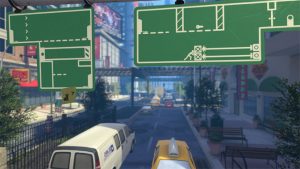 There is even a little bit of a plot in the game that you don’t get to until the very end, though it’s hinted at right from the start. The Pedestrian is currently being offered on Steam for about $20 (or cheaper with the launch sale) which is a great value for a totally new, pure puzzle title. I think that both puzzle gamers and those who are not super well versed in this genre can have a lot of fun with this easy to play, but difficult to master, little masterpiece.