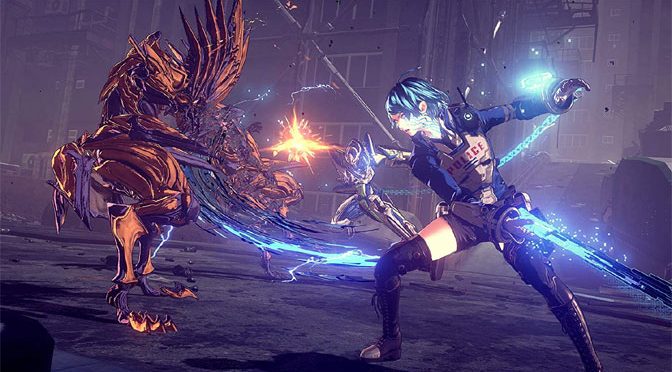 Astral Chain is a third person action game created by Platinum Games, the creators of Nier Automata, Bayonetta, MadWorld, and even co-developer of Infinite Space. Platinum titles are known for stylish action combat with a good chunk of weirdness thrown in to match. In Bayonetta, you control the titular witch who used her powers to bind her hair into a bodysuit to summon demons, and then late game you ride a missile on your way to punch God. Platinum is not known for subtlety, or injecting only a little bit of weird into their setting. So is Astral Chain missing a few links to a complete chain, or is this game worth the asking price? Let’s find out. 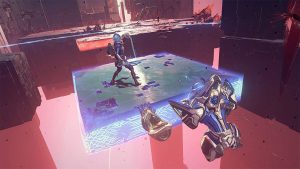 In the world of Astral Chain, gates to another dimension began opening up all over the globe, with monstrous forces known as Chimeras coming across the void, horrifically mutating humankind into Aberrations. Humanity was all but wiped out until the idea to create a man-made island known as the Ark, the last bastion of humanity. All was quiet for a while, until gates began appearing on the Ark and causing the catastrophe to repeat itself all over again. In Astral Chain, you control a police officer who wields a transforming police baton and a Legion, a Chimera that can been bound and controlled by the police officer via a chain. All that stands between humanity and complete chimeric corruption from extra-dimensional forces are you and your four fellow officers who also wield Legions.

[amazon asin=B07NQF74M3&text=Pick up a copy of Astral Chain from Amazon, one of the best fighting titles to come out exclusively for the Nintendo Switch!]

Or else it would have been you and the other four officers, except early on everyone loses their Legions due to a plot by Chimeric forces, and you’re the only one able to beat your Legion back into submission before needing to escape the astral plane. Astral Chain is really heavy-handed with its story telling, and you will likely spend roughly half as much time in cutscenes with dialogue explaining the circumstances around you as you will fighting Chimeras and solving crimes around the Ark. 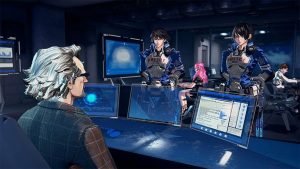 As a police officer of the Ark, each File (the game’s term for chapters or levels) has a number of cases you can complete as you progress, with many of them actually being optional. Blue cases are the most obvious of these as you aren’t even scored on your performance clearing these, and they usually provide some type of reward that you can use as you go through the rest of the File. Red cases are ones you get scored on a ranking system of D to S+, and each File can have quite a few number of red cases in it. These can range everything from eavesdropping on a conversation with your Legion to gather information from ne’er-do-wells, helping citizens who are being crushed by rubble, or rescuing people who get sucked into the astral plane before they turn into an Aberration from chimeric corruption. 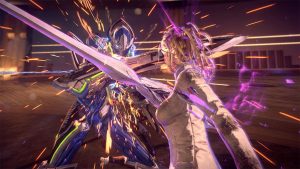 As you progress through the game, you acquire the other Legions that were lost and bind them all, giving you tons more options in combat as a result. Combat itself is an absolute joy: Players can switch among the three mods of their weapon with the D-pad and attack with ZR, each of these weapons have their own combos and situations in which they’re most valuable- using the gun is ideal against enemies that fly over head, the baton is quick and highly maneuverable, and while the gladius greatsword mode is high in damage, its slow strikes make it difficult to use against quick enemies. You can upgrade your weapon so that you get new skills with each mode, such as a lunging attack you can perform by tapping away and then toward your target, a circular attack you can perform by spinning the stick in a 360 motion, and more. Dodge offset returns from Bayonetta and other Platinum Games titles, as well, where you can attack an enemy, dodge an attack, then pick up your combo right from where you left off.

Outside of your own actions as a character, you get tons of flexibility with your Legions. You activate your Legion with ZR, and can shoot them toward a target by pressing the button again, or can control the Legion manually by holding ZR and using the right stick. By moving your Legion around an enemy you can tie them up with your chain, leaving you valuable time to wail on them without repercussion. You can freely pull your Legion back to you, or pull yourself to your Legion, which can be extremely useful while a target of yours is flying around and making itself difficult for you to reach. 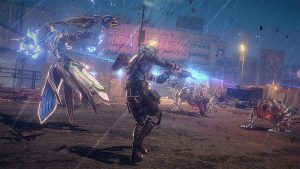 Each Legion has their own skill trees with passive abilities and command actions you can utilize, and each Legion has slots in which you can equip skills that you can use. These skills range from power and speed buffs to unchaining your Legion to let it go wild on a target for a brief time, to shots that slow your enemies for a period of time, and more. These skills are on a cooldown, but you can cycle through your Legions to repeatedly use their skills if you so choose, playing it like a kind of Michael Vick simulator. Of course, you might be able to deal damage more quickly by throwing yourself into the thick of combat, utilizing powerful sync attacks that you can pull off with your selected Legion by pressing ZL at the appropriate time when you do an action. Sync Calls, Perfect Calls, Legion command actions, there’s so much depth to this system that it’s actually quite dizzying. 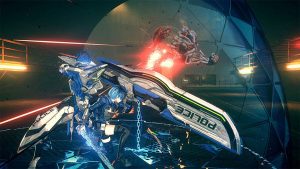 Each Legion also gets its own specific action with the L button you can use in combat or in exploration segments to solve issues, such as how the Arrow Legion can enter a third-person shooting mode to let you knock down flying targets and ladders, the Blade Legion can cut through sources of energy to unlock doors as well as stop any attack in the game (this attack is actually extremely useful even if it is hard to utilize at first), the Arms Legion attaches itself to you so you can directly ora-ora your opponents into oblivion as if your name was JoJo. 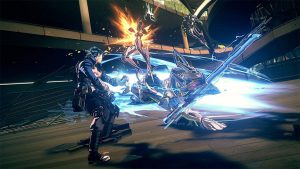 Boss battles are constant and challenging, often providing you with new mechanics or requiring you utilize skills you’ve used numerous times but in different ways. Sure, you know how to jump across gaps by sending out your Legion and leaping to it, but now you need to do it while a hateful boss Chimera rains arrows on you and sends out blocks you need to cut through with careful timing of your Blade Legion- the variety in cases and combat encounters is a breath of fresh air, as you are doing new things all the way up to the penultimate File of the game, where you unlock a game mechanic that’s just the whole combat system on steroids, but in a good way. 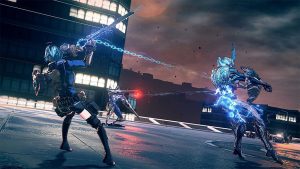 The main story itself will take players between 12 and 18 hours, depending on how many optional cases you complete as you go through the game, with another 8-10 hours in post game content following that. For a spectacle-fighter action game, that’s actually pretty high on the content end, and you can easily take longer if you want to 100% the game, as well. There are also tons of additional things players can unlock from the Orders menu, which consists of challenges that unlock new costumes, alternate color schemes for your character and legion, consumable items and upgrade materials, and more. Of course, there are also other difficulties if you need help getting into the game- the game starts you off on the unranked Casual difficulty, though you can up it to Standard or Ultimate, or even lower it to Unchained. Standard is the ideal way to play as you still receive rankings on this difficulty, and Files need to be completed on Standard before you can access Ultimate. 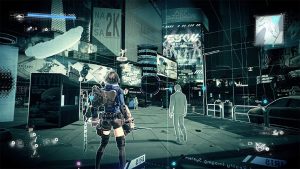 The graphics in Astral Chain look great- The world is detailed and the various effects really make the astral plane, especially, seem like a world completely separate from the futuristic one in which you spend most of your time. The city itself feels alive with NPCs that wander to and fro, going about their own business (which is actually infuriating when they bump into you, knocking the ice cream you bought for a distressed child out of your hand. Yes, this is a blue case in the game). As for the music, the soundtrack is impeccable, with various futuristic tunes that match the setting, and many more than convey a feeling of action as you cut your way through swaths of extra-dimensional creatures. 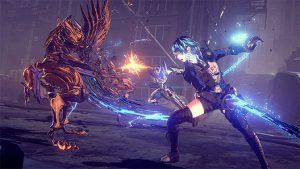 Overall, Astral Chain is a solid title, and one of the best third person action games out there. It can be weird to go from action sequence to a barrage of cutscenes lasting several minutes to moving cars off a road with your hulking Arms Legion, but this eclectic nature of the game works and fits in with its extremely anime presentation style. The game even has a full-on anime style intro with vocals when you begin- so you know at the very beginning what you’re in for. If you’ve even remotely enjoyed games like Bayonetta, Wonderful 101, or Nier Automata, Astral Chain will be right up your alley. If you don’t like action combat games like this, or perhaps don’t like anime storytelling and aesthetics, then you may want to avoid Astral Chain, though there is a lot to love in every other facet.