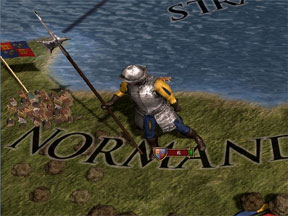 The Europa Universalis series and its associated games, including Crusader Kings and even Hearts of Iron, have always been at the top of the strategy pinnacle. They generally follow the rule that players really have to put a lot of time into learning the interface, and likely getting crushed several times over many games, before they can become proficient. But once that learning curve (or perhaps cliff) was surmounted, then no game could offer the type of strategic depth that Europa Universalis did. The investment in time from a player was necessarily huge, but the rewards always exceeded it eventually.

Today the world is a different place. Casual gaming is king. Titles need to be accessible to the masses, and this has led to the simplifying (sometimes oversimplifying) of many great titles to the point where their hardcore fans no longer recognize what they loved in the first place. One need only look at gamers who prefer Civilization IV, or even II and III, to the new, glitzy, auto-everything world of Civilization V.

Europa Universalis IV also decided to simplify a few things, but thankfully ended up with a finished product that its longtime and hardcore fans will love, but that is also somehow accessible to new players without a master’s degree in history or a commission to teach strategy at a military college.

Make no mistake, a new player is going to run into that learning cliff, though it’s more of a rugged hill now. It’s doable without being extreme. But the best part is that once that hill is ascended, all the depth is still there. It’s just a lot easier to manage your far-flung empire.

In EUIV, you play one of hundreds of nations in the colonial period that runs from the year 1444 to 1820. That’s 400 years of nation-building. And even though Europa is in the name, you aren’t stuck on one continent. Nations include everything from Pacific island peoples to American Indian tribes, the remnants of the Mongol hoards to Middle Eastern states. There is also a conversion tool that lets you import your Crusader Kings II save game, so if you built up your kingdom from back in 1066, all that hard work can be put into the new game so that your dynasty can continue. You can play in the sandbox mode, developing the world however you see fit, or however you can with your rivals trying to thwart you at every turn, or there are historical scenarios that set the world up how it was at a certain important date in history. Even when using the historical scenarios, it doesn’t take long to see the world jump off the historical rails.

In terms of simplicity, one of the biggest things that was done was to eliminate the bureaucrats of EUIII in favor of letting a nation’s leader accumulate points, which can be spent in the areas of Military, Diplomacy or Administration. Strong leaders start with the ability to accumulate points in one or more of these areas, perhaps all three, while bad ones may not earn any points at all. This contributes to the difficulty of playing that nation somewhat, though leaders eventually die or are replaced, and the follow-up person is completely random in terms of their power to earn points. More points can however be gained by hiring specific advisors, or by investing in Ideas, which is a central tenet to strategy now.

Ideas are what makes up a nation. In a sense, it’s what makes one nation great and another not so successful. Before in the series you could pick a national idea, but now there is a tree with eight branches that allows you to totally customize your gameplay, with ideas building up on top of prerequisites. For example, playing as England, you will probably want to invest in Naval Technologies and Expansionist ideas, which gives you more powerful ships, more colonists and the ability to more easily explore the map. Other nations may want to invest in religion to provide stability or merchant technologies to reap monetary rewards. Most nations also have a national tree, which is unlocked for free as you explore other branches. Russia for example, gets a lot of manpower bonuses from their national tree, allowing Russian players to concentrate on other things.

Everything has been simplified from before. A perfect example is diplomacy. You used to have to keep sending diplomats to places over and over again. Now you can sent your diplomat and he won’t return unless he has achieved his set goals, or utterly failed. Colonies work the same way. You send your colonist off to a foreign land and they try to tempt other people to live there. If they are run off by natives, they can return to you, but it’s mostly fire and forget.

Thankfully trade, which could almost have its own game, has been improved for EUIV. Your merchants encourage trade ships to dock at your ports for extra income, though it’s a lot easier if you control a rare resource, or happen to be in the middle of a lot of shipping routes. There are even some great automation functions for the military now too, like the ability to assign some units to hunt down rebellious armies in your home territory without being asked. I created groups of cavalry for this purpose as they were relatively cheap, fast, and powerful enough to deal with most peasant uprisings.

The military in general has been given a major upgrade in terms of the AI. Wars are still fought the old fashion way, by attacking your enemy and trying to tip the scale of victory in your direction, based on odds calculations that take many factors into consideration. If you get far enough on that scale, your enemy may sue for peace, or you can eventually demand it. Then a negotiation screen will pop up and you can see what your level of victory allows you to request or demand. Most of the time you will be able to annex a territory from a vanquished foe, though that can come with it’s own headaches, or you can demand a tribute or have them become a junior partner in an agreement that will allow you to take over their whole nation eventually, if you are really skillful at diplomacy and marriage, and willing to wait a very long time. Luck also helps.

Military victories are easier or harder depending on your technology level, but also your manpower. Playing as an American Indian tribe, I did okay in conflicts against European invaders, but didn’t have the population to make up for losses, while someone like France could just keep funneling men at me. I was able to rally other tribes to help me fight, but they were so far behind the military technology curve that they did little good, and I ended up having to give up large bits of land for the pending French version of the United States.

Also, and thankfully, the whole world no longer seems to gang up on you if you are a military power. Regional powers will only act against you if it’s in their best interest. So no more having England, France and Spain drop the hammer on you because you’re fighting an unjustified regional war in the Balkans, though Poland and Russia might have something to say.

Graphically, EUIV is a major upgrade. The maps, especially the terrain ones, look gorgeous. If you could print them out, they would make amazing wall hangings. Political, religious and other informational maps are less beautiful, but completely functional. Units also look amazing to the point that it’s very easy to tell what kind of group you are dealing with, even from a high zoom out level. There are also lots of nice little touches like birds flying, ships sailing, rivers running and miscellaneous eye candy galore.

The sound was always really good in the EU series, and EUIV is no exception to that trend. It’s period music that’s perfect for strategic thinking. Just listening to it made me feel smarter while I was playing.

As strategy games go, Europa Universalis IV continues the dynasty and dominance of the series. Paradox really did the impossible here. They made the game much more accessible to new players, created a vastly improved graphical interface, and kept the strategic depth that their existing fans demanded. I can’t think that any EU series player would not be delighted to dive into Europa Universalis IV. And if the new game makes that into a much bigger group, so much the better.