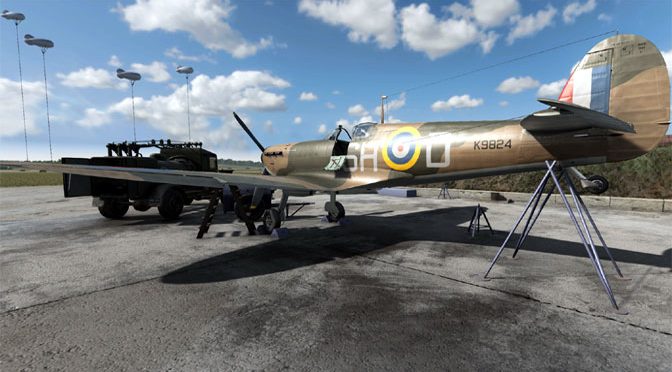 So 2019 begins as many previous years do- with new Simulator games that exhibit extreme examples of the, “Tear it down, reassemble everything” style of game play. In Plane Mechanic Simulator, you are tasked with repairing three British aircraft over the course of the campaign, completing various tasks from replacing wheels and refueling, to tearing down and rebuilding an engine, to completely inspect an almost 300 part plane in order to find and repair an obscure issue with little direction. So are the mechanics of Plane Mechanic Simulator enough to catch your attention, or is this a game that will crash and burn? Let’s find out. 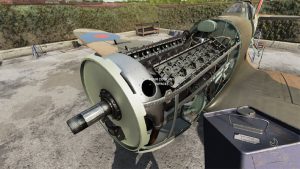 You are a plane mechanic, if you couldn’t figure out by the name of the game. You get to name your character and will sign for him on every piece of documentation that needs be filled out, but beyond that it won’t really matter that you draw phallic symbols on every signature line in the game, as Plane Mechanic Simulator is all about the planes. In this game you can be tasked with both specific and vague tasks to complete- sometimes you’ll be told to grab the oil bowser and refuel the plane, other times you’ll just be told to inspect the plane and replace anything broken, which can take quite an amount of time.

You’ll also use your assembly, disassembly, and inspection modes to complete most all of your tasks; unscrewing bolts, removing covers, and opening up an engine has never been easier. You can also repair broken parts to get a higher end of mission score, as well. 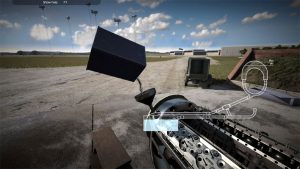 As far as tasks are concerned, there are a lot of missions in the game- most of them give you all the time in the world for you to complete them, allowing you plenty of time to relax and figure out how to complete the objectives. Some missions can be quite vague, however, turning it into a type of puzzle game where you need to figure out exactly what the issue is. “Fix the oil problem” may be your mission in one particular mission, for example, and won’t clear until you discover that you can disassemble and check the head gaskets, along with the oil filter and oil pump. Your job performance is rated when you end a mission, which is when you select, “Task completed” on your clipboard menu. If your job was to patch bullet holes and you missed a few, for example, expect that to be taken into account on your job performance rating (and if you do so poorly in that you don’t complete all tasks, etc., you can outright fail the mission). Also, you can conserve resources by repairing items via a short mini-game rather than outright replacing them, and completing a mission using as few resources as possible will yield a higher score. 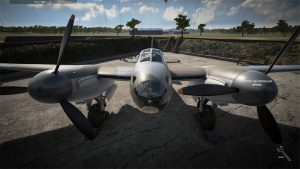 Not every mission will allow you to take as long as you want, however, as some may task you with repairing bullet holes, replace gun port patches, refuel, check and refill the oil, check the entire engine for any possible damage (including checking spark plugs), etc., in just 30 minutes time. This particular Simulator game has a lot of elements of different genres in it- patching bullet holes can be as easy as looking at the wings while in either assembly or disassembly mode, but you can lose points if you don’t go prone near the tail of the plane to find additional bullet holes on the underside of the tail. So the challenge can definitely be there, but the vast majority of the game is relaxing and taking apart extremely detailed aircraft and troubleshooting, which if you deal with computers or networking systems regularly, is a lot like puzzle solving. That’s probably the easiest way to explain the allure of these types of Simulator games- they’re relaxing puzzle games that run the gamut from logic puzzles to hidden object puzzles. 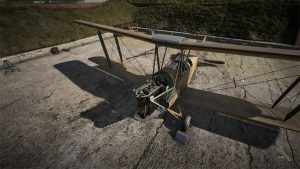 The music in the game is a mixed bag. As in, there’s not much of it that can even be immediately recalled outside of the theme that plays on the main menu that sounds like it came from a Christopher Nolan Batman film. The sound effects, on the other hand, are extremely believable and are conducive for immersion, because while working on planes you’ll hear the roar of neighboring aircraft, the clang of a dropped wrench, etc.. The ambient noises are wonderful and definitely help the player get into the game, but if you’re looking for an orchestral score, you won’t find it here. 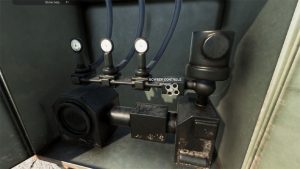 As with most Simulator games, Plane Mechanic Simulator is very, very poorly optimized. The game looks absolutely gorgeous with tons of attention to detail in the models of the planes and each individual part that makes up each aircraft. However, a system with a GTX 1080 hits around 50-65fps with settings on high at 1440p, so players with 144Hz monitors may not be able to take full advantage of your setup while playing this particular game. The game is still in Early Access, so this can improve over time, but it is important to note. The fuel truck can also cause some extremely weird dips in frame rate by merely looking at it, tanking the game to 15fps simply because it came into view. Other strange bugs were that if you were using a ladder to check for bullet holes on top of the plane, sometimes you could just get stuck in the plane and not be able to move, thus requiring a restart, but that only happened once and seems to have been fixed now. 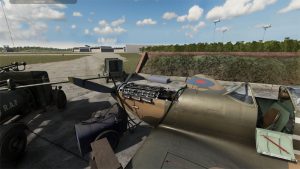 Simulator-style games are, as always, a particular style of game intended for a very particular audience. You don’t get to test fly the planes or anything experience anything even remotely action-like in nature, in fact, this game subverts that entirely by showing you the results of the action other people in the game’s world are having (such as fixing bullet holes in the aircraft). You learn, explore, accomplish goals one at a time while working on British planes from World War II. People who enjoy sim games and like solving puzzles may definitely find something to enjoy in Plane Mechanic Simulator as it’s very fairly priced and, outside of frame rate optimization issues and literally becoming one with the plane on accident, doesn’t subject the player to a plethora of game-ending glitches. Players who don’t enjoy simulator-style games would be better off looking elsewhere instead.