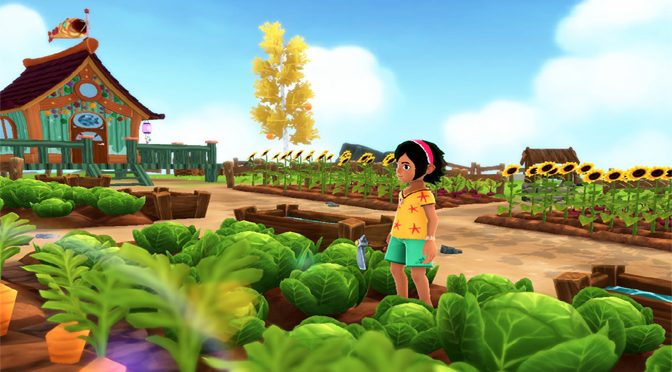 Think about the best cup of coffee you’ve ever had. Everything about it was just right. The temperature, roast and grind all came together in a way that made every sip perfection. It’s not to say that every other cup of coffee you’ll drink is bad; they just won’t be that perfect cup. 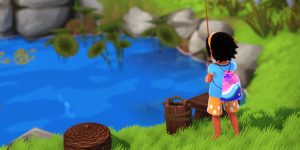 Summer in Mara is every other cup of coffee. It’s not bad — but it’s decidedly average. With games like Animal Crossing, Stardew Valley and Harvest Moon casting a shadow over the crafting/simulation genre, it takes something remarkable to stand out. Summer in Mara doesn’t offer anything that hooks players or creates an addictive gameplay loop.

Players start out with a basic tutorial on a peaceful island, full of berry bushes, fruit trees and fishing spots. As Koa, the young girl players control, you’re tasked with a series of fetch quests to help your grandmother. These serve to teach you basic crafting recipes and familiarize players with the island.

The problem is that Summer in Mara doesn’t go much beyond this structure. Replace your grandmother with any number of characters, and the exact same objectives keep popping up. Go here. Plant this. Wait for it to grow. Repeat.

It’s a tedious process, and one with no real consequences. There are stamina and hunger meters, but keeping them full is as simple as grabbing fruit from a tree or cooking something using one of the game’s basic recipes. Sleeping refills stamina, but even if Koa passes out, she simply wakes up back at her house. 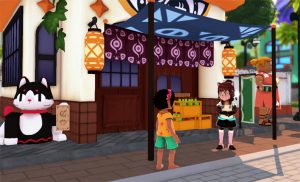 Watering crops is an equally awkward process. The game tasks you with building a well, but it only gives you a small number of uses before running dry. You then have to wait for it to rain in order to refill the well, which doesn’t happen often. This makes growing crops a slow, boring process, often prompting you to sleep repeatedly just to make time pass. Yet even that doesn’t have consequences because the passage of time isn’t relevant to Summer in Mara either. Sleeping for days at a time to wait for your crops to go or rain to occur isn’t just doable, but sometimes a necessary crutch. 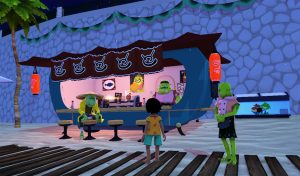 If sleeping repeatedly isn’t your style, Summer in Mara does give you the option to leave your starting island and head over the horizon. Yet even this is somehow a dull, even irritating chore. You have an unlimited amount of fuel from the magic fountain on your island, and there are no dangers or obstacles while at sea. Controlling the boat is as simple as using the same directional inputs you use to walk, and given the nature of the game’s fetch quests, sailing quickly becomes another slog from point A to point B. 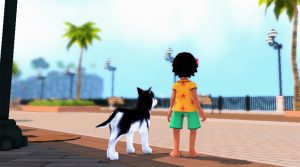 The graphics don’t do much to break the trend either. Although Summer in Mara looks great, with colors that pop and a whimsical art style, the game feels lifeless. For a game that’s about growing crops, raising animals and crafting new items, it feels empty. There’s a stiff, flat feeling to the world that doesn’t create a sense of immersion.

The sound is the same, with light, relaxing music and simple sound effects making up the bulk of the audio. As is the theme with almost everything here, it’s OK but not much more. 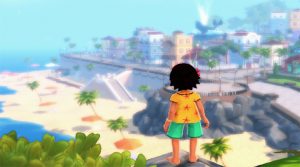 Summer in Mara is about as average as it gets. It’s not a bad game, but it’s not good either. It’s just sort of there, and with so many other games in the genre worth playing that suck you in and create immersive, addictive experiences, it’s difficult to recommend.

Summer in Mara earns 2.5 GiN Gems out of 5. If you are looking for a lazy way to spend the final days of summer, Summer in Mara could work, but it probably wont measure up to some other possible choices in the same genre.