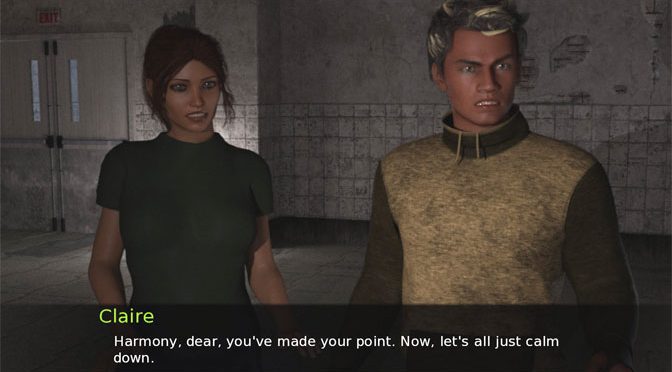 Recently, I wrote a guest column about how full motion video (FMV) games were on the rise in popularity again. And truth be told, I was on the hunt for new FMVs to review when I stumbled across Cold Verdict by developer Astronomic Games. Cold Verdict is completely animated, so there are no real actors (there are also no voices) but other than that, the game is pretty much configured like an FMV or interactive movie where your choices steer the story and ultimately take you down a path that leads to several possible endings.

The strength of Cold Verdict is in its story, which is a good thing because there really isn’t much else in the way of gameplay. Cold Verdict is basically a visual novel with a pretty interesting plot that will keep you guessing throughout this short but sweet experience. Given that Cold Verdict is on sale on Steam for under $4, you will get enough bang for your buck to justify the price, especially if you enjoy darker adventures or light horror. 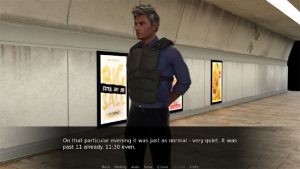 In Cold Verdict, you play a guy named Leon. He’s pretty young, although his actual age is never defined. I am guessing that he’s in his early 20s. You wake up in a fairly nondescript warehouse with no knowledge about how you got there. And there are four other people with you, two women and two men. You have never met any of them before, and they claim not to know one another either, but you are all trapped there together and need to figure out why, and how to escape.

My first thoughts when starting the game was that the situation was a lot like the SAW movie series, and it’s clear that Cold Verdict takes inspiration from that. Thankfully for Leon, there are no deadly traps like you would find in SAW, though the complex where you are trapped is not without dangers. 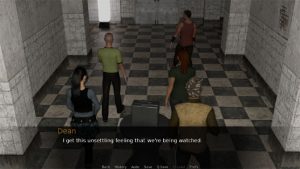 At first, your mysterious host keeps hidden, letting the five strangers get to know one another. After first discovering that they are solidly locked in, they begin to talk among themselves, trying to figure out how they are all related. One of the other people trapped with you is a cop named Claire, and she kind of takes the lead in the investigation by getting everyone to talk. The other woman locked in with you is a younger girl named Harmony, and yes, if you play your cards right, there can be some romance. The two men with you too, and they are kind of polar opposites of one another. One is a beefy meathead who likes to attack everything head on, while the other is a timid thinker. All of the characters are distinct, and all seem fairly realistic in their actions throughout the game. 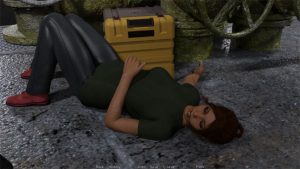 At first, most of your choices will be general interactions with your fellow detainees. Here is where you can begin to define the relationships you have with each of them. It’s pretty easy to form alliances and make enemies. Most of the time you only get two or three choices in terms of your responses, and it does not take a genius to figure out the consequences based on what you will say, and if your relationship will improve or get worse. 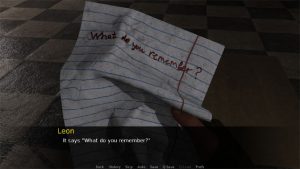 Eventually, everyone figures out that they are all linked because they have a connection to a bad train wreck that occurred several years ago. Their connection is tenuous. For example, Leon worked as a security guard and talked to someone who might have been involved in the accident before they boarded the train, while Claire was one of the accident investigators who came in after the accident. Once the trapped people realize what they have in common, a door opens and the characters are able to access a new room with artifacts from that accident and other clues. 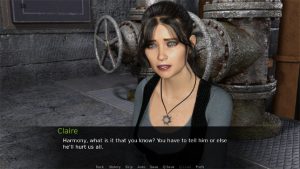 They learn that their so-called host is very interested in learning about the accident, and perhaps assigning blame for what happened. Things begin to heat up at this point. Secrets are revealed, different characters begin to freak out and take less than helpful actions, and Leon is forced to decide how he will react to all of those happenings.

Eventually you will get to the end point of the game, and I don’t want to give anything away, but your actions will determine what happens not just to you, but to the other characters as well. 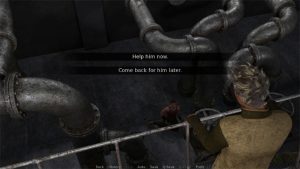 Cold Verdict is a very short game. I am a very careful player, reading over everything and really considering all of my options before making a decision, and I was able to finish the game (and get a pretty good ending) in under an hour. There is some replay value, especially after you have gone through the game once and thus know what is really happening, so you can play again and fairly easily manipulate the ending. But really, most people are probably only going to play one time. 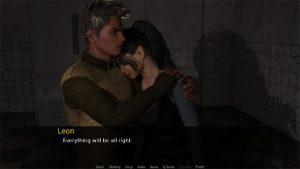 Looking over the catalog for Astronomic Games, it seems like this is the first pure visual novel that they have created as their other games on Steam have RPG elements and things like that. Going with a pure story-based presentation was probably a good choice for Cold Verdict. The fun of the game is in discovering the plot and figuring out what is going on. Adding elements like inventory management or engaging in combat would just pull away from that. 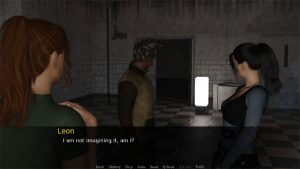 Cold Verdict is instead a fun little story that you can experience without too much effort or thought. And you can’t argue with the price.

If you are looking for a good story that has both light mystery and horror elements, then check out Cold Verdict. You will probably like what you find.