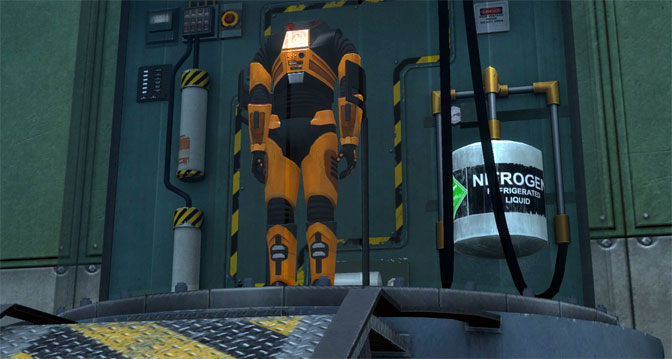 When the original Half-Life came out back in 1998, it really aimed at revolutionizing the shooter genre, which was white hot at the time. It might have been based on a modified Quake 2 engine, but the level of interactivity as well as the smoothness of the combat made it so that it was like nothing anyone had ever experienced before in gaming.

Our reviewer Todd Hargosh gave it 4.5 GiN Gems, and recognized that it would change gaming for the better. The single player game was more of an experience than just a run and gun affair. And developer Valve (the publisher at the time was Sierra Entertainment) even added multiplayer to Half-Life, which was somehow pulled off with 56K dial-up modems. The original game is available on the Steam platform, which Valve created and owns. It’s still the same game as before, but we are talking about a 22-year old shooter, so don’t expect a modern experience if you play it that way. 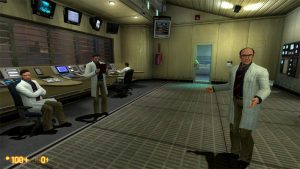 Thankfully, a group of talented fans calling themselves the Crowbar Collective (after the first weapon you are given in the game) got together and decided to recreate the entire Half-Life experience using modern technology. The result is Black Mesa, which is also called Black Mesa Xen because of the new alien world chapters that were added which were not part of the original experience. The developers have been working on Black Mesa since about 2015, but only recently released the game on Steam officially. Technically, its still in Early Access according to Steam, but is pretty much a finished product at this point that is fully playable.

One of the best things about Black Mesa is obviously that those of us who played the original Half-Life when it was first released can re-experience it again. The fact that this can be done on a modern gaming system with all the graphical bells and whistles is pretty cool, and that’s the lens that I plan to review Black Mesa with. Honestly, game design has changed a lot since Half-Life, and even the game’s sequels moved away from the corridor-shooter style that it perfected. If Black Mesa was released today as an original game without any Half-Life history, it would still be a good title, and worthy of the $19.95 the game is being sold for, but it would be nothing like a truly modern experience. 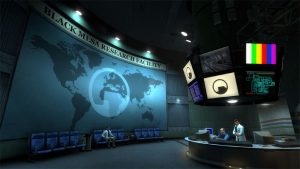 So let’s look at the nostalgia angle, because it really doesn’t get any better than this. Mirroring the original, Black Mesa’s opening sequence features a very long tram ride where our hero Gordon Freeman takes a secret monorail type vehicle deep into the Black Mesa facility where he works. Your tram goes through mountain tunnels, sky bridges, warehouses, military complexes and laboratories. It even gets loaded up on elevators and descends deeper into the mountain. Sometimes it’s running on a rail and sometimes it hangs from an overhead track. And the entire time, you are free to walk around and watch hundreds of other Black Mesa personnel going about their business through the windows of your slow-moving transport. Many of the locations you see in the introduction will be revisited later on once the alien invasion begins.

It is on your first tram ride into Black Mesa that you will notice the incredible amount of detail added to the core game. Played in full HD resolution, the developers were able to add textures to make everything seem real. They also included elements like newspapers which can actually be read if you maneuver your character around and crouch down close. The resolutions available to PCs for the original Half-Life precluded anything like that. I am not sure if the details were in the original code and we just couldn’t see them, or if the Crowbar Collective added in new elements, but they are a nice touch to flesh out the world. 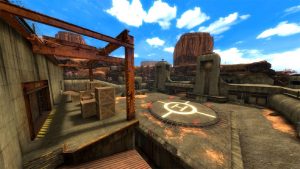 Once you get out of your tram, you get to explore a little bit of the facility before the cascading event that brings about its doom. Here you get to interact with fellow scientists and security guards. And in Black Mesa, they actually look human, not polygon heads over angled bodies like the original. Lots of new voice overs have been recorded too, so you can listen in as they talk with one another or with you if you push the interact key when you get close to them.

All of the gags from the original game are faithfully included. For example, I was delighted when I messed with the microwave in the staff kitchen and blew up my colleague’s lunch. It’s been 22 years, and that joke never gets old. And be sure to check back in the kitchen later for a nice surprise. There are even some new dialogs that make that, and other talks with colleagues, a more interactive experience. 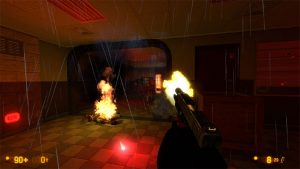 Once the cascade failure happens and the aliens start their invasion, Black Mesa doesn’t fail to impress. The enemies have great AI, just like the original. They will sometimes run at you and other times retreat around corners and make you push towards them. They even sometimes work together to overwhelm you if they can. And that’s just the aliens. There are also human enemies, because remember that the military decides to try and wipe out everyone working at Black Mesa instead of saving them, since they might be under alien influence. And you can’t really be trusted with the alien secret.

The human enemies are even smarter than the alien creatures. You are fighting trained soldiers, and it feels like it. They move and take cover, use solid tactics and generally work as a team if a group of them are together. They will also toss grenades and try to flush you out of a good position instead of charging blindly forward when you clearly have an advantage over them. You will learn to fear and respect them as opponents, and end up feeling pretty good when you defeat them. 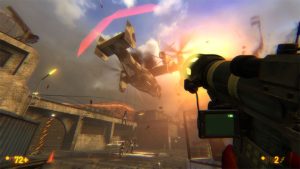 The combat itself is very fluid. Even the original Half-Life featured smooth combat, and Black Mesa keeps that tradition alive. You wont get killed because of laggy gameplay. The weapons too have an old-school feel, at least the human weapons. They are generally slower to fire than most modern firearms in games, but are also heavy hitters. It seems pretty realistic. The alien and science weapons are of course insane and powerful, just like the original game. Have fun blowing people apart with a single, held shot of the Gatling laser.

The developers also included multiplayer, just like the original Half-Life. Only now that we don’t have the 56K modem restrictions, everything and everyone should be able to play classic maps like Bounce, Gasworks, Stalkyard, Undertow and everyone’s favorite, Crossfire as much as they want. I didn’t do much with the multiplayer, but it offers a similarly smooth experience like the main, single player game.

Finally, I want to briefly address the Xen chapters, which take place on the alien world that we only glimpsed at in original Half-Life. They are interesting and it’s nice to get new content. The alien world is bizarrely beautiful. I am glad they were included even though they were my least favorite part of the game. The core of the game is the fighting in and around Black Mesa, but the addition of the Xen chapters are a nice extra.

The world of gaming has changed a lot since Half-Life hit the scene in 1998. But what hasn’t changed is the desire of gamers to play a great title filled with unique and challenging experiences. Half-Life hit that mark, and Black Mesa does as well. 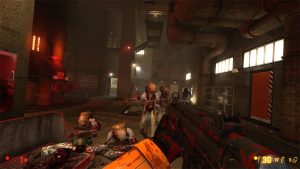 This is probably one of the best remakes that I have ever played. It perfectly captures the flavor of the original and improves upon it while also paying well-deserved homage to the core game that most of us love so much.

If you consider Half-Life a masterpiece, then you will have little choice but to award Black Mesa the same honors. And I think most gamers will enthusiastically agree.