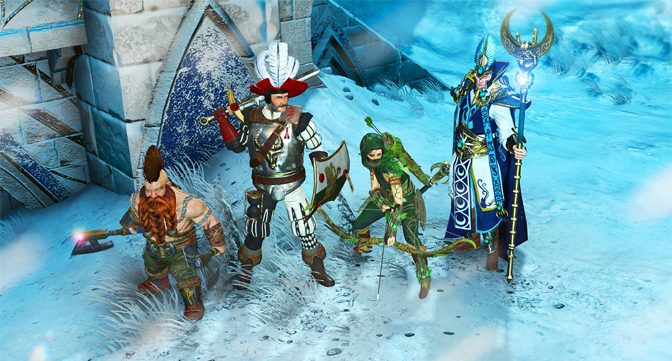 One of the great thrills dungeon-crawlers offer is letting players carve their way through swathes of enemies like a veritable god. Unlocking new gear and skills to enhance your power, obliterating increasingly powerful enemies and maximizing the massive damage numbers that appear as you strike down foe after foe are all part of the genre’s addictive lure.

While most games introduce a unique mechanic to distinguish themselves, there’s a tried-and-true style to the genre that, when done well, provides a gameplay loop to keep players coming back for more. Warhammer: Chaosbane hits the mark when it comes to that engagement, and its four classes and upcoming downloadable content promise enough replay value to stand out as one of the strongest action RPGs currently available, particularly on console.

At launch, the game features two ranged and two melee classes: mage, ranger, berserker and soldier. All of the characters feature fully fleshed-out back stories and voice acting, but the who they are and why they’re there is less important than the power and skills they bring.

How those skills are equipped is one of Chaosbane’s most interesting features, and it opens up the meta game of build-crafting fairly early. As each character levels up, they gain an increase to the number of skill points they can use. Each ability has three levels, ranging from zero to 15 skill points to equip. Each skill level also provides unique attributes, so while the mage’s level three arcane orb deals more damage, its level two version has a fire attribute. 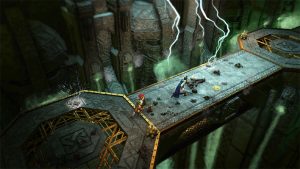 As an example, if you’re running fire-enhancing abilities, the more powerful, more expensive third tier of the skill with an arcane attribute is actually less useful than the tier two fire orb. What’s more, because the tier two version only costs 10 points instead of level three’s 15, you have more options to equip another skill.

Ability selection is only part of building a strong character, though. One of the game’s common item drops are fragments, colored gems that act as a secondary currency for gear enhancement and the “god” skill tree. The god skill tree is unique to each character, and for the price of fragments, offer stat enhancements and unique, powerful skills.

The number of points you can put into the tree is tied to your character’s level, which is currently capped at 50. That means choosing which skills you want to unlock is something that should be planned carefully because even though the game lets you reset your skill tree at any time, it comes at the cost of losing all resources you’ve previously invested. 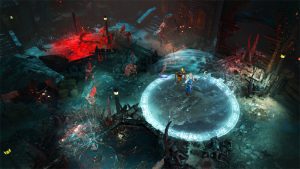 There’s one more catch with the god skill tree, too. Most nodes unlock a basic boost, such as a 2% increase to critical hit chance, but the ends of each branching path include one large boost that comes with a negative effect. The final node of a branch may boost critical hit damage 10%, but it comes at the cost of reduced resource regeneration. Of course, you can offset that with gear or other branches in the tree or choose to ignore that node altogether, but it’s a part of the meta game that offers something extra for those who love theory-crafting.

[amazon asin=B07HN66XTY&text=Delve deeply into Warhammer: Chaosbane’s dungeons with a copy from Amazon!]

With its well-planned design in skill and stat building, it’s a shame that Chaosbane is somewhat lacking when it comes to loot. There’s a ton of it, but most is simply a slightly better version of what you already have. The cosmetic effects each weapon and piece of armor apply are visually appealing when seen from the menu, but more often than not, your character is going to be flying around the screen in a blur of colored explosions and damage numbers, so character models are often lost in the on-screen action. 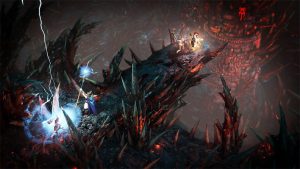 The movement through those chaotic scenes makes Chaosbane work especially well on consoles. Each class has an ability that, on a controller or gamepad, is mapped to the right analog stick. The elven mage, for example, possesses several spells that you can manipulate after casting them. Casting a fiery orb is great, but being able to have the spell rove back and forth across the screen, lighting ablaze enemies while you move to a safer spot, brings something unique to the game.

The dwarven berserker’s ability throws out axes with chains that allow him to zip across the battlefield, closing the distance to ranged enemies or escaping danger in a pinch. The mechanic encourages an active playstyle instead of simply spamming the same skills repeatedly, and it also encourages players to stay mobile. 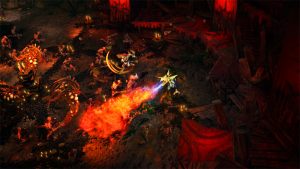 Using all of those tools of destruction is a thrill, and challenging gameplay modes keep the action flowing. One mode, Relic Hunt, lets you choose one of three difficulties to take on a random level with equally random negative effects in play. It can be something as simple as enemies dealing 20% more damage or as frantic as your character taking damage as long as you’re standing still. The higher the difficulty, the greater the potential rewards.

But for all its replay value, Chaosbane’s presentation leaves a little bit to be desired. Levels are mostly predetermined and linear, and it won’t take long for you to see everything a particular act has to offer. Enemy designs are largely rehashed versions of the handful of earlier enemies you’ve already killed a thousand times, and there are points of frame rate drop (at least on console) that, while not game breaking, are annoying. 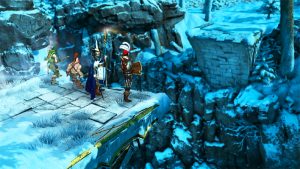 Sound and video aside, there’s one final issue Chaosbane has that outright irked me: controller vibration. Nearly every ability causes the controller the vibrate. Every fired arrow, sword swing, cast spell and countless other attacks result in haptic feedback. You may be thinking, “So just disable vibration.” Ah, but you can’t because Chaosbane doesn’t have that option. I actually had to go and disable controller vibration in the Xbox One’s settings menu, which disables it for the entire system. 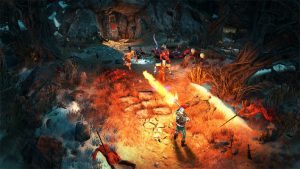 While this quirk may not bother some of you, the amount of controller vibration is unnecessary, and Chaosbane is the first game I’ve played in ages that doesn’t have an option to disable it.

Warhammer: Chaosbane isn’t perfect, but the issues it has are mostly down to its presentation. What’s most important for an ARPG is gameplay, and Chaosbane hits the mark in almost every area. With new content planned and a high replay value already baked into the game, it’s absolutely worth picking up if you’re a fan of the genre. Just maybe turn down the volume a tad. 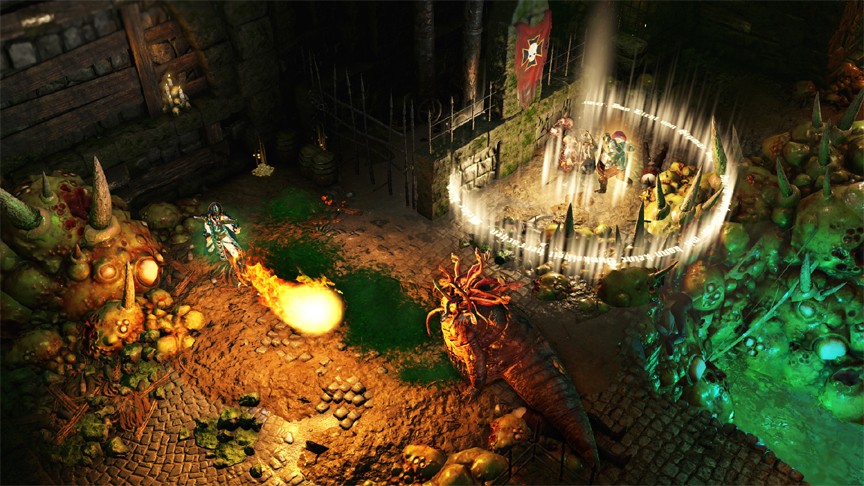