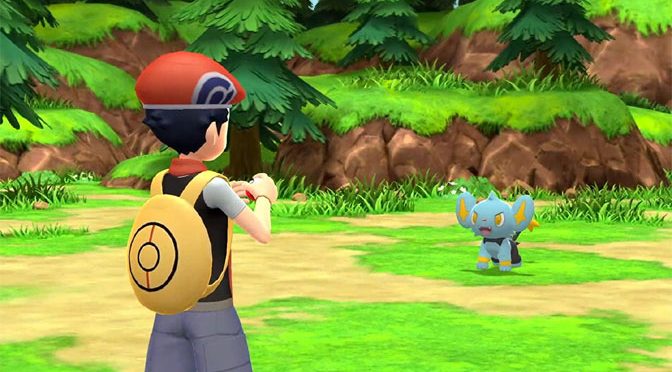 Pokemon remakes have been a weird grab bag for a while now. The first remakes the series had, Fire Red and Leaf Green back in 2004, were pretty universally liked. Changes from third generation Pokemon were implemented in the beloved (but insanely buggy) first generation games, such as abilities, new Pokemon, and even new locations. The fourth generation would see Heart Gold and Soul Silver, typically referred to as the greatest games in the Pokemon series. Later remakes like Omega Ruby, Alpha Sapphire, and Let’s Go Pikachu and Eevee would be missing beloved features like end game challenges or have a more casual Pokemon catching system, but many players thought there was nowhere to go but up for Pokemon remakes. 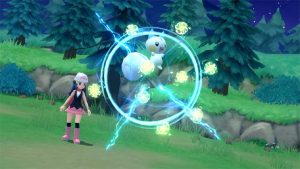 Enter Brilliant Diamond and Shining Pearl, two remakes that are at least more faithful to their source material than the Let’s Go titles. In Brilliant Diamond, players will venture through the land of Sinnoh to capture a wide variety of Pokemon and challenge a number of gyms while also taking on an evil team that’s obsessed with time and space. The chibi-style characters in the overworld are overly faithful to the original Diamond and Pearl games, but the visuals improve substantially once the player goes into a battle. The overworld visuals, while they at times may look cheap and silly, didn’t really bother me while playing outside of story cutscenes. There’s legitimately no way to make Cyrus look intimidating when the camera zooms in and you see he has no nose like Krillin from Dragon Ball.

One of the best things about Pokemon remakes are the music tracks, and Brilliant Diamond does not disappoint in that regard. Let’s Go had an absolutely phenomenal soundtrack, and while Brilliant Diamond does use more synth-sounding elements in its soundtrack, the re-imagining of tracks from 15-year-old games does hold up very well. So, visuals are a (very) mixed bag, but the music is still fantastic. 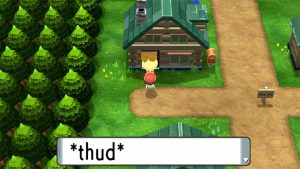 The core gameplay progression of Brilliant Diamond is the same as it was 15 years ago- venture to new locations, get a badge, a new path opens up, beat the evil team for a bit, get a Master Ball, so on, so forth. HMs, the moves you’d be forced to teach your Pokemon for overworld traversal, like crossing a body of water, have been turned into single-use TMs, instead, and you can now call on random Bidoofs and other small woodland creatures to cut trees, push boulders, and climb stone walls. While TMs are once again single-use, despite being unlimited since generation 5, not needing to take up a party slot to use HMs is still a nice quality of life improvement.

Many other aspects of Brilliant Diamond are just as they were in the original Diamond and Pearl games. Pokemon no longer appear in the overworld unlike in Let’s Go or Sword and Shield, so it’s entirely random battles once again unless you’re using the PokeRadar to shiny hunt in the post-game. Various improvements Pokemon Platinum made are actually absent from these remakes, so don’t reach the end expecting to see a Battle Frontier, or anything like that. Pokemon do actually appear and wander around in a brand new feature called The Grand Underground, however, which is a healthy expansion on the Underground from the original generation 4 Pokemon games. 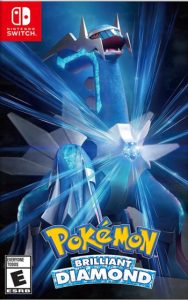 The Grand Underground gives an activity that you can perform with your friends, as you can run along the various passages and dig to unearth shards, slates, and statues which can used to buy TMs or find rare Pokemon. The Grand Underground also has a selection of Platinum Pokemon available to players, helping to solve Diamond and Pearl’s lack of fire types by making Houndoom and Growlithe available. Grand Underground Pokemon also seem to scale to player level and it’s not uncommon for Pokemon in the Underground to be 5 or more levels above your own while first accessing it. This does mean, however, that just minor visits to the Grand Underground can completely break Brilliant Diamond’s level curve because the overworld doesn’t compensate for your inflated levels after catching a Scyther or Houndoom underground. Despite this issue, though, the Grand Underground is a pleasant excursion, just be mindful that it’s pretty easy to stack levels well beyond opposing trainers for quite a while if you trek down there too often.

The performance of Brilliant Diamond and Shining Pearl is, thankfully, much better than Sword and Shield. The overworld’s chibi visual design isn’t stressing the system by any means, and players have to go to a dedicated room for online play so there aren’t excessive frame rate drops while exploring when connected to the Internet, like with Sword and Shield. New animations of trainers seem to be quite lively and interesting, though most Pokemon use the same animations we’ve seen since 2013’s Pokemon X and Y, so there’s not a lot to say about the idle and attack animations, themselves. 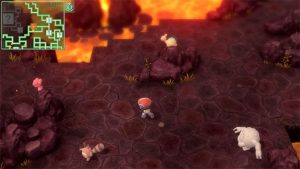 So, Brilliant Diamond and Shining Pearl are mostly what players would expect: Remakes of a beloved generation which, outside of visuals, has more hits than misses. Unfortunately there are a number of baffling design choices that hurt the overall experience- even player movement isn’t as solid as it should be, for some reason. To explain, every object in the game has collision boxes that are sized to the grid square they’re in, so that means objects that only visually occupy 1/4th of a square on the grid will still have the full grid’s worth of player-halting collision. This means the player will constantly (and I do mean constantly) get hung up on invisible objects that are nearly a full character length away.

Brilliant Diamond and Shining Pearl also gave the player full analog movement despite spacing things faithfully on a grid, which can actually get players soft-locked in some places (as in, locked out and no longer able to progress the game). There’s dpad movement that players can use, but it’s oddly unresponsive, which is an outright strange problem to have in a turn-based RPG. Usually, overworld movement is one of the first things ironed out in these kinds of games; this isn’t Ys, Trials of Mana, or Xenoblade. 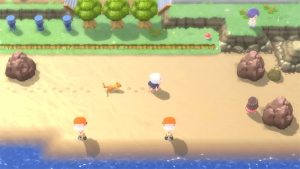 One of the things a large number of players were looking forward to was the implementation of Diamond and Pearl’s Union Rooms for online functionality. Unfortunately, as of this writing, even online play is botched. You see, players are supposed to be able to connect to a global room to trade and battle with other players, but for some reason the limit of players who can join into one of these giant rooms is two. Only two players can join the same global room, currently, even though when you select the option from the in-game menu, the menu icon shows eight people in the global room.

Game development is difficult, that much is certain, but between the overworld design that doesn’t mesh well with player movement, the potential soft-locks, the cloning and game crashing glitches that I won’t even get into here, trainers having moves on their Pokemon that can’t even be used, and the outright neutering of online connectivity with the expectation to patch it in later, it’s pretty clear that the development of Brilliant Diamond and Shining Pearl was rushed or troubled. 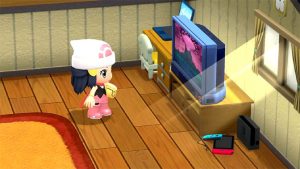 Despite those obvious troubles, the game will likely still sell very, very well. But it’s strange that some features implemented in Brilliant Diamond left me thinking that Let’s Go did a better job with them in that game. For example, the follow/riding Pokemon (look up any gifs of Ekans or Milotic following the player in Brilliant Diamond. They’re not even animated) was so much better before.

Overall, Pokemon Brilliant Diamond and Shining Pearl is a game I’d recommend for someone who wants to revisit Sinnoh but does not have a Nintendo DS or a copy of Platinum (which is a very expensive retro game, now, unfortunately). These new remakes are neither groundbreaking nor expertly designed, and the overabundance of glitches and corners cut is actually disappointing for a game published by The Pokemon Company in a series that’s the most profitable franchise in the world. If you’re looking for a remake on the level of Fire Red, Heart Gold, or even Omega Ruby, Brilliant Diamond would still need some TLC to even hit that level. 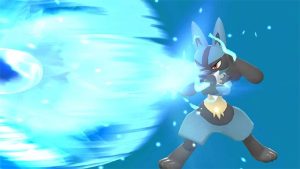 Supposedly a patch is coming soon to fix the various cloning glitches, but there’s absolute radio silence on when the Global Rooms, the way in which you trade and battle other players, will be fixed to have more than 2 players in it. Maybe after a few more patches these games will be a brilliant diamond in the rough, but as it stands right now, the games could have used quite a bit more polishing to truly reach the status of a shining pearl.