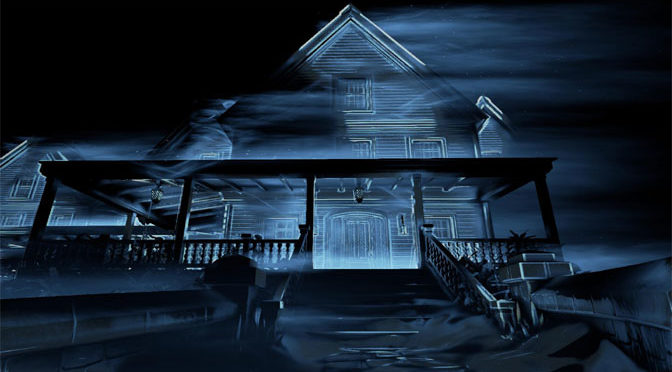 Hey all. I’m back with a review for a game type I rarely ever play. It’s Perception!

Plot Synopsis: Perception tells the story of Cassie, a blind heroine who uses her extraordinary hearing and razor-sharp wits to unravel the mysteries of an abandoned estate that haunts her dreams.

At the core of Perception is a creepy ghost story, with the notable exception that the heroine of the story is blind. Most horror games work at making the player feel vulnerable, and providing a blind character thrust into a dangerous, supernatural setting fits that bill right there. Perception is not for the faint of heart.

Plot: The plot is okay, although really the premise is more than little unbelievable. A blind woman going into an abandoned house due to nightmares is kind of foolish. But I suppose this wouldn’t be a horror game without some sense of tension.

However later on you can take pictures of objects and get an operator to describe them. It’s a rather large step backwards in what the game is trying to convey, and that’s Cassie’s independence and growth. So, the introduction of such a feature in the game is confusing.

Gameplay: The gameplay has an interesting mechanic and that’s the use of Cassie’s cane to echolocate. That is how the game is able to draw pictures of the world you are exploring, because otherwise, going through a game with no graphics at all would probably be unplayable.

It’s an interesting mechanic, but at the same time for someone like me who is more than a little OCD, it presented serious challenges as shortly into the game you meet enemies, mostly “The Presence” which can find you if you make too much noise. So, if you are echolocating all over the place to fill in the gaps in rooms, then you are making yourself a big target.

Since I prefer to see things, which I know is ironic and the point in this game, I was constantly hounded by this enemy. I had to get used to using the cane sparingly, and just relying on the sound generated by my movement to navigate, as any little sound would at least fill in some details about the world around you. Still, the creepy objects turning on and generating noise helped significantly, even if it creeped me out.

Art: The art is in 3D. It’s incredibly minimal, but given that you’re playing as a blind woman, that is the entire point. If you are an art lover and want to see amazing textures applied to models you’ll be disappointed. However, the effects that generate sound, like the freezing wind blowing in through a suddenly open window is more than enough to make up for this in my opinion.

Music: The audio fits the creep factor of this game incredibly well.

Overall: If you love horror titles, Perception is going to be a great game for you. If you prefer stories over horror though, you may find yourself a little disappointed. Or if you are like me and dislike horror, you’ll probably do better to avoid this game. The creep factor is real, even if some things detract from the story.