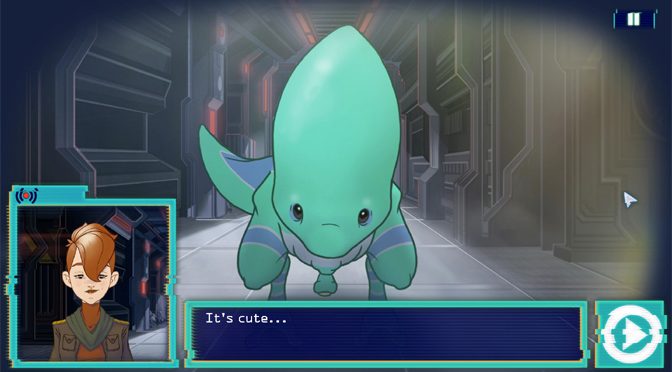 Professor Lupo and
his Horrible Pets

Professor Lupo has made light of the biology of fauna across the galaxy long enough, it seems. At an intergalactic black market auction, the creatures that Professor Lupo gathered from across the universe have broken free and are devouring their way across the ship in a hedonistic rampage. Controlling a lowly, balding intern, your goal is to escape through various rooms of a space station, evading extraterrestrial monsters who are quite eager to make a meal of you. Is Professor Lupo and his Horrible Pets worth gobbling down, or is this one meal on which you should pass? Let’s find out. 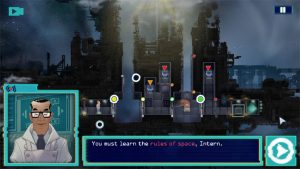 The story of Professor Lupo and his Horrible Pets is largely as aforementioned- a space auction goes wrong when a space station is attacked by military personnel. During the attack most of the safety devices across the space station fail, resulting in you becoming space food if you don’t move cautiously. Evacuating through the ship is done in a number of stages that feature different combinations of creatures that each have their own movement patterns, and the puzzles mostly involve activating switches to open or close doors, maneuvering around or kiting hungry beasts, or even using them against each other. Narrative is sprinkled a bit in the beginning or end of each level, giving you more insight into the different characters and what they’re all trying to accomplish. 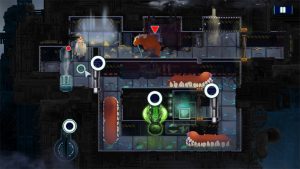 The alien beasts loose in the ship each have their own specific detection ranges, movement patterns, and abilities, and the game conveniently makes a glossary of the most pertinent information available to the player at all times in the menu. One puzzle may require you lure a worm-like monster down a path and close a door to form a dead-end, as the alien in question is unable to walk backwards, giving you a path around. Later stages will require that you snake in between multiples of these creatures while opening and closing doors to allow another alien in that will attempt to eat them, so you can finally progress past them.

As a result, Professor Lupo and his Horrible Pets is a game all about trial and error. The goal of each level is always shown to the player, but determining how to get past the obstacles and enemies in one piece is where the challenge comes into play.  There are extra items the player can collect in each level, as well as additional goals that will give you the game’s true ending if you’re brave enough to succeed at them all. 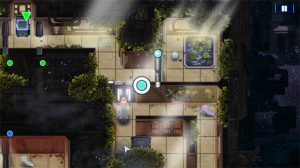 The puzzle design truly is great, which is important since a puzzle game pretty much lives and dies by player engagement. Some monsters are more difficult to make your way around than others, but after spending some time solving level after level, you’ll quickly learn how best to avoid them. Interestingly enough, Professor Lupo seems to have some of its easier stages after more difficult ones- one in particular that teaches you how the Sagitta alien moves is well after your first encounter with the creature- toward the end of the first chapter. It almost seems like the puzzles in question got jumbled around, because the puzzles at the beginning of chapter one are substantially more difficult than anything you’ll find for quite a while. 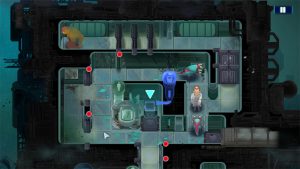 How the aliens interact in creating the puzzle rooms is a pretty big joy to see as you progress through the game- there are only around eight different alien species, but different types of door switches, including delayed switches on a timer, can make for a bunch of content to chew through as you complete the game. Notwithstanding, going back and completing all of the additional objectives and item collection so you can get the true ending is a reasonable task, and can keep players busy for some time. 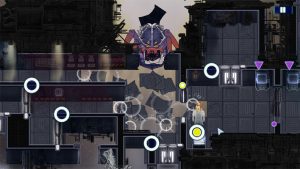 The game is playable in multiple configurations- Players can play entirely with a pro controller or joy-con grip, using the buttons to move and activate switches. Switches that can be activated via remote control can be selected using L and R, though the indicator for which specific switch you’re aiming at is <b>really</b> not obvious. In stressful situations where you need to quickly activate doors, it can be a hindrance, largely due to the fact that the inactive switch indicator is a large white circle, while the selected switch indicator is a large white circle with a tiny sliver of cyan (and I do mean tiny) that very gently pulses about 10% of its maximum circumference. The indicator needs to turn a more obvious color in order for players using button controls to avoid unintentional mistakes. 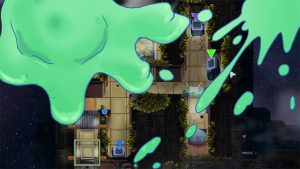 Beyond button controls, players can play with motion controls, which can be used with button inputs simultaneously (my preferred method of play was to use the motion controlled-pointer to select specific doors while moving with the analog stick). This isn’t quite The World Ends With You: Final Remix levels of motion control inputs, and it can be turned off, but it’s nice that the feature was included because it shores up a weakness of just using a controller. Lastly, players can use their Switch in portable mode and play using touch controls. There are no complaints for touch controls- everything functions as it should and selecting what you need, when you need to works like a charm. 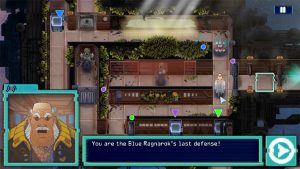 Graphically speaking, Professor Lupo is an okay looking game. It’s very reminiscent of Newgrounds games from the mid 00’s. The backgrounds are intricately detailed and styled, showing greebles practically everywhere… Then you look at the characters and aliens who are flat-color and simplistic to achieve a cartoon aesthetic. When you combine all of the above with the brightly colored UI elements telling you what doors are affected by what switches, etc., you have a mishmash of visual design that doesn’t ever reach cohesion- it just looks garish and unattractive. The sound design is perfectly okay. The voice acting can be ham-fisted, but the audio quality is at least clear (so it’s not Baten Kaitos bad, for example). Meanwhile, the music has absolutely no tracks that will continue playing in your head after shutting the game off; completely forgettable. 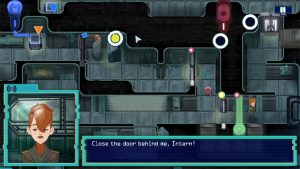 Overall, Professor Lupo and His Horrible Pets is a decently lengthy puzzle game considering it’s only $15. The controls can take a small bit to get used to, but there are numerous ways to play and they can even be combined if that makes play more comfortable for you. The puzzle rooms themselves are quite entertaining and can keep a puzzle fan busy for hours. The story, humor, and voice acting can seem a little pedestrian, and the music is nothing to write home about. Players who want graphics that push the Switch’s capabilities or perhaps don’t like cartoon visuals will need to look elsewhere, meanwhile those who have been yearning for a cheap puzzle game would absolutely enjoy sinking their teeth into Professor Lupo and his Horrible Pets.