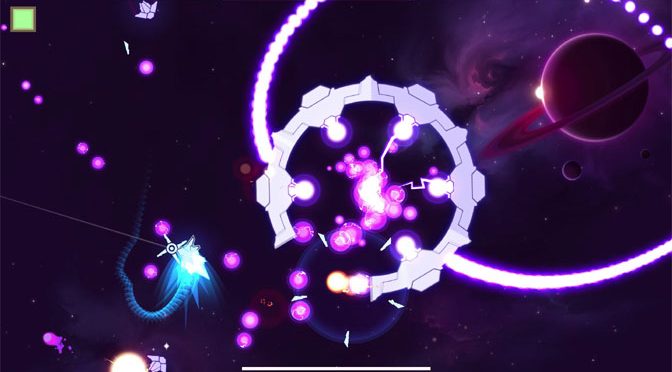 No matter the genre, the best type of game causes the same universal problem. You get to a logical break point and say, “I’ll just have one more go.” And then it happens again. The problem Nova Drift creates is that you can infinitely go through this cycle because it’s that good — and it’s still in early access. 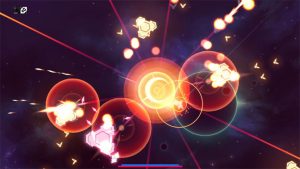 But don’t let those two words scare you; Nova Drift is a polished, addictive, maddening romp through a brilliant light show of flashy colors, ingenious upgrades and constant close calls. It creates a feeling of nostalgia, taking the classic formula of Asteroids and bringing it into a modern-day roguelike template that works way too well for a time-constrained reviewer with little willpower to stop playing.

Nova Drift’s premise is simple: blow stuff up, collect experience orbs, upgrade your ship, and blow up more stuff. But it’s so much more than that. With a variety of ships, shields, weapons and countless ways to upgrade them, no two runs feel the same, and experimenting with how the different upgrades and setups interact is outstanding fun.

All of this takes place on a 2D battlefield, where you, your enemies and the celestial hazards you’ll encounter are neon-colored, geometric shapes pulsing with particle effects. That’s not to say there isn’t sharp detail. Far from it, in fact. Enemies, ships, weapons and the effects they create all look and feel unique, and they do a wonderful job of conveying the immense power you can build toward. 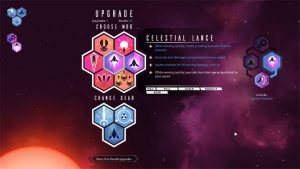 For instance, the rail gun weapon fires a high-velocity projectile with damage that scales with velocity. Initially, it only fires a single shot, with a damaging muzzle blast for anything close to your ship. But with one or two upgrades, you can trade a small amount of velocity to add two more projectiles to each burst. Collecting more upgrades allows you in increase the damage each shot does based on how far away an enemy is, and with the right combination of them, you can unlock a super mod that lets your shots warp from one side of the screen to another. 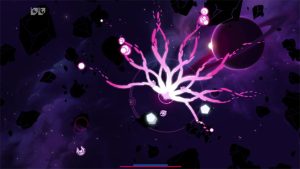 And it doesn’t take long to get those builds going. Early on, level-ups happen quickly, allowing you to get a good start to your general build. As with almost every RPG or roguelike, each level requires more experience than the last, so the level scaling gradually slows the stronger you get. Of course, your enemies get stronger as the waves go on, too, and they start coming in greater numbers and with more ferocity the longer you play. 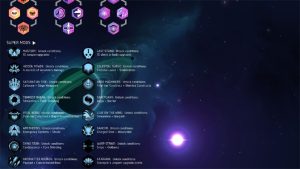 Just like any good roguelike, there are unlockables that offer new options for subsequent runs, and experimenting with them is a joy. Those alone don’t help you progress further, though. As you learn more about enemy patterns, the strengths and weaknesses of upgrades and the way they mix, you’ll find a setup that works for you. 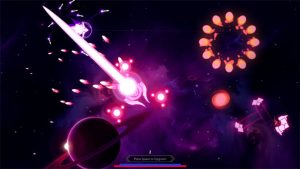 Some builds are horrible in the beginning, requiring a dozen upgrades before they become viable. But the moment enough pieces are in place, they suddenly become unstoppable juggernauts. On the flip side, there are some builds that start off strong but taper off as the waves get heavier and faster. Being able to adjust on the fly and working with the set upgrade pool the game gives you are key to a successful run. 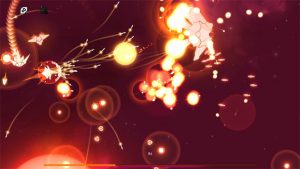 The most difficult part of Nova Drift is something the developer has said will be addressed in future updates, which I like to call the Geometry Wars effect. If you’ve ever played a Geometry Wars game, you’ll know exactly what I’m referring to. There comes a point when there’s so much happening on screen, with explosions, neon light effects, pieces moving and projectiles flying that you completely lose track of where you are. And since staying still in a game like this is a good way to get killed, you find yourself stuck between a rocket and a hard place. (I swear that pun wasn’t premeditated.) 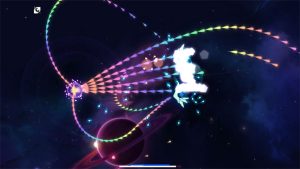 But that issue highlights why Nova Drift still being in early access is such a great thing. The game could stand alone as a full release right now, and it would go down as an excellent addition to any game library — but it’s not finished, and the developer is still taking feedback, adding features and making adjustments. What you get then is early access done right: a fully functional game that’s a joy to play with additional polish to come. 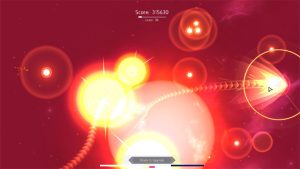 Nova Drift is a brilliant, barnstorming, frenetic arcade classic hooked up to a nuclear reactor. It’s insane, fast-paced fun that can be played for minutes or hours at a time. And with an option to enable “experimental builds” of the game that add new features while they’re in testing, there’s almost always something new to experience.

Nova Drift gets 5 GiN Gems out of 5. Even in early access, this game is arcade perfection.