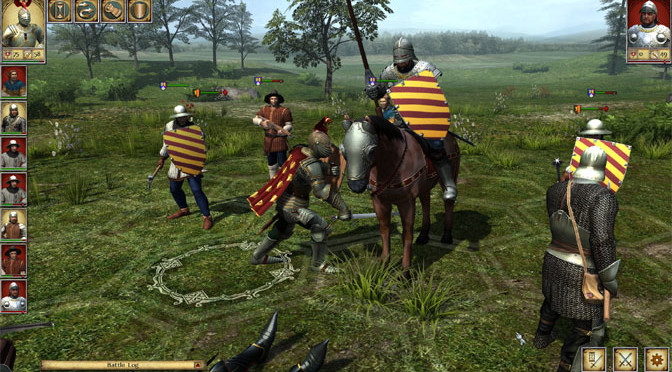 It has been a long time since my last review and I have sincerely missed my loyal readers here at Game Industry News. Now that my return is out of the way, let’s get to reviewing. I was recently handed Legends of Eisenwald which, quite frankly, does not set off an inspirational tone. Legends of Eisenwald sounds like that weird fantasy e-book that was self-published.

So the Legends of Eisenwald starts out like almost every other old fantasy game I could think of. Choose one of the three basic classes (warrior, mage, etc.) and start your divine adventure. Right off the bat I realized the controls were clunky compared to other titles. Not so much bad, but there was very little explanation on what everything did up front.

I spent a lot of time trying to figure out how to politely talk about this title. Well like my last professional soccer try out, I failed. The general feel and dialogue of the story reminds me of a basic Dungeons and Dragons story that had all of its creativity sucked out in a RPG vacuum. There was nothing in the opening hours of the game that really grabbed my attention.

Legends of Eisenwald suffers from a classic case of “Like, but” statements. As an example, the battle system and general story is LIKE Blackguards, BUT less interesting and far more complicated than it needs to be. Movement on the map was a lot LIKE Expeditions: Conquistador, BUT was less fluid and interactive. Expeditions had that Oregon Trail feel to it, Legends of Eisenwald reminded me of that awkward situation when playing a game of Dungeons and Dragons with a rookie GM who doesn’t know what to do before throwing you into combat again.

The battle is the typical octagon space, turn based combat system that is a common staple in most turn based strategy games now. I will not slam it for the common combat system since it is a very solid gameplay style that I enjoy. I will, however, slam it heavy for its inability to grant you the tactical freedom to win battles effectively.

When your characters take their turn they HAVE to engage SOMETHING. I was not able to move someone towards the outskirts and park them there to attempt a hammer and anvil strategy. Perhaps it might have been my system, but the only time they moved or attacked was when I told them to move to an enemy in their line of sight. If I wanted them to attack someone in the back, they moved through the enemy formation to get there.

So, here’s the problem with this. The last time the human wave was an effective tactic was the battle of Stalingrad during World War II. Unfortunately I don’t have about a million angry Russians with rifles and grenades, I have archers, priests and a brute with a sword. Strategy games are only as good as they allow you, the leader, to be. Challenges are nice and make a great game, but forced tactical handicaps for no other reason other than to be there, are infuriating.

Graphics, music and the supporting aspects are overall average. Nothing I remember is really even worth the ink to mention. Fun, on the other hand, is below average. In the end a game comes down to how much fun the user can have. Readers I will be honest with you, I had more fun playing stickball than this title. In fact, this game bored me so much I went outside to play stickball again. Since I didn’t have a ball I just went out and played stick… still more exciting than Legends of Eisenwald. While there is nothing really completely horrible about this one, there is almost nothing to recommend it within the crop of tactical RPGs out there today. And in many instances, its competition, like Expedition: Conquistadors or Blackguards is all together better.

Legends of Eisenwald fails to achieve legendary status itself, earning just 2 GiN Gems overall. Still, depending on your tastes, it might be worth a looksee.