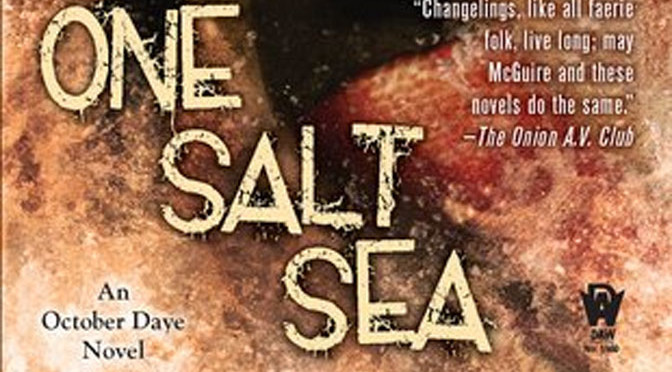 Hi everyone, I’m back with the fifth entry in the excellent October Daye series! It’s time to brave the depths with One Salt Sea by Seanan McGuire!

Plot Synopsis: October “Toby” Daye is finally doing all right. She’s settling into her new role as the Countess of Goldengreen; she’s actually dating again; she’s even agreed to take on Quentin as her official squire. Life is looking up all around – and that inevitably means it’s time for things to take a turn for the worse. 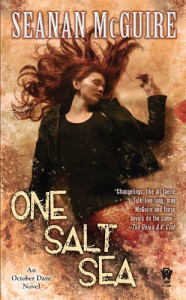 Plot: Yea…the proverbial crap hits the fan with this entry in this series. Thankfully we are finally back to having an actual mystery on our hands! I won’t spoil the mystery, but I’ll say it combines into one big clusterbomb that when the aftermath clears up, everything you knew about this series will have changed. There are so many events in this single book that I’d call it the climax of the series, but I think the series is only going to keep getting better. We also get an amazing scene with Toby on the run from some baddies rocketing down the hills of San Francisco which is probably the most ridiculous thing I’ve ever listened to, and I regularly listen to the Dresden Files which are full of oddball moments like that one time a Chicken played out the part of the ACME anvil.

Characters: We get introduced to the Sea-Fae which is awesome because the Luidaeg is one of my favorite characters in the series and her being the Sea Witch plays a huge role in this entry. Tybalt is also around and is less snarky than I’d like, but given the amount of bad events in this entry I can forgive that. May has quickly become tied with Tybalt as well for my favorite character because she is just so different from Toby. Overall this entry introduces us to a lot of new faces, and I expect we’ll be seeing a lot of them in the future.

Overall: A must read, because of how much the events in this single book will shape the rest of the series.