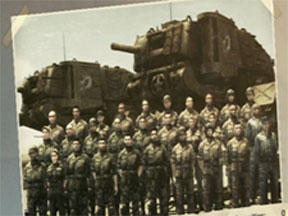 In one of my latest columns, I wrote about how frustrated I have been with the Kinect lately on my 360. At first I enjoyed having that sensor mounted onto my wall, and using it to control my Xbox 360 with just my voice. But then it started taking over when I was on my laptop and had MLB.TV tuned in the background. It got to the point where I had to disconnect it.

Yes there were times I did plug it in so I can play some decent Kinect games such as Fruit Ninja, Dance Central, or Kinect Sports. But those games were truly designed to take advantage of Kinect. What about the more hardcore gamers that want a biggest experience from that $150 sensor?

Capcom asked that and thought. ‘Hey, you remember that Xbox Original game that we developed? Steel Battalion? Yeah, the one that cost $200 and included a 40 button control panel? How about we take all the functions on that controller and allow people to interact them via the Kinect?’ That couldn’t possibly go wrong? Right?’

Say it with me, Lex Luthor, but’WROOOONG!

If Steel Battalion: Heavy Armor proved anything to me, it’s the fact that the Kinect is not at the level needed to handle the more hardcore aspects of games. I can see what Capcom and developer From Software were trying to do here, allowing you to feel like you are actually sitting inside a Vertical Tank, but the execution is just horrible.

When you just try to reach one arm out to grab and pull a handle, the way the Kinect sees you is so off that it just jitters all over the place and will not do what you want. Sometimes it will even end up doing something else. Given that you are replacing a 40-button controller with the sensor, that ‘something else’ can be quite extensive.

Say all you want to do is vent the smoke from the cabin. You are supposed to reach forward with your right hand at eye level, grasp and pull backwards, then push the lever down. But what sounds so simple turns into an exercise in frustration as you end up jittering through all the on-screen controls until you die from smoke inhalation. Even something as simple as looking through the viewfinder (done by pushing both of your hands forward) doesn’t work the way it is supposed to when you want it to.

Even just sitting in a chair causes the Kinect to go crazy, and at times, it even got to the point where the Kinect wouldn’t even recognize me, and I had to calibrate my system by sitting with my arms extended to the side, then standing up in the same position. It’s a mess, and makes me wish the game just used voice controls for the Kinect, because I feel it might have worked out better.

But then again, using voice commands might end up breaking the game’s back story, which I have to admit is pretty darn good. It all takes place in 2082. Sixty years before that, all technology was destroyed by a microbe that ate silicon, and shortly after, a powerful Asian regime started World War III by invading Western Nations. Since WWIII, those Asian countries formed a new United Nations and eventually invaded America, with only a small group of Vertical Tank pilots based in Mexico up to the task of thwarting the UN.

One of the pilots, controlled by the player, is Winfield Powers. Along with three crew members: two weapon loaders and a subcom officer, they will attempt to take on the United Nations and the Asian invasion force.

Keeping your crew alive is very important, because if they die, they are gone for good. There are no save states to bring them back, and they be replaced by another crew member. Needless to say it would be quite impressive to keep them alive, if you didn’t spend your time fiddling with the controls.

Too bad too, because the game looks and sounds excellent. Developer From Software has a long history in mech combat style games and it shows here, and if more control was available on the controller rather than just movement and firing your weapons, it would have been a lot more intriguing and fun to play.

But here the Kinect kills the game. Steel Battalion: Heavy Armor puts too much emphasis on the Kinect, and in doing so ruins the game. Yes, I do get what they were trying. After all, not many people can afford to spend $200 on a game because of a special controller. It even prevented me from playing the original at first (until I finally got my hands on one at MAGFest.) And yes, hearing that a sequel would be designed for Kinect did raise a few eyebrows. It did for me, and I was curious about the final product.

But when it ends up with me tearing out what little hair I still have left, it’s not worth it. I really wish this game was a lot better than how it turned out. Maybe Kinect should stick with what it does best: Dance Central and Kinect Sports. Clearly, it’s not up to the challenge of hardcore gaming.

Pros: A very interesting storyline that presents a future devoid of technology and an enemy United Nations. Looks and sounds great. Compared to the original game, this is one is actually affordable thanks to Kinect’

Cons: ‘when the Kinect decides to actually WORK! Kinect integration is frustrating and does not do what you want, and even loses sync all together when the player is seated.