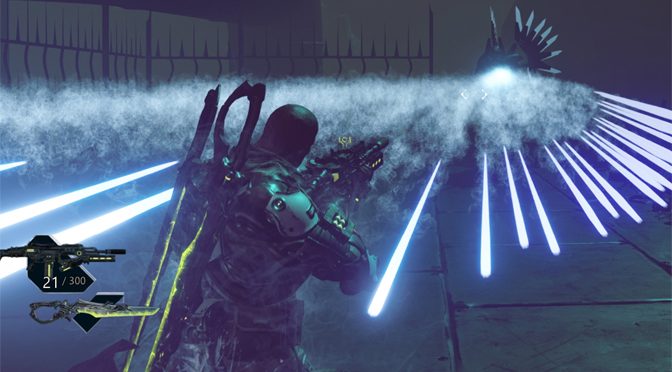 Hey all I’m back with a Souls clone. It’s Immortal: Unchained!

Plot: This is a really poor attempt at making a grimdark fantasy world. The opening scene makes it incredibly clear that you as a player are a tool to be used and discarded as soon as you lose any usefulness. Honestly the whole doom and gloom setting type is so overdone these days that I’ve now started steering clear of pretty much every story I come across that gets a “Grimdark” tag. 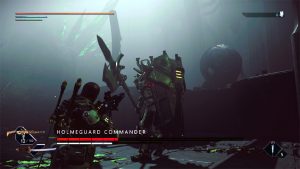 This is just another dark and dreary world that is not very inviting or interesting in the least. At no time did I feel a burning desire to explore the game world, or find reasons for doing anything in the game except that this was a game I got asked to review, so I had to slog through it.

The first and biggest warning flag I got when playing Immortal is that this game was a poor clone of the Dark Souls series. With the Souls series there is a bit of mystery and exploration to learn exactly what the hell is going on. But with Immortal, it’s shoved right into the open and nothing is left for a player to find out on their own. In addition, the story is just flat out boring and overly dark just to be dark. I’d love to see someone make a lighter fantasy or sci-fi Souls clone these days, just for it to be a break from all this darkness and dreariness.

Lock and load with a copy of Immortal: Unchained from Amazon!

Gameplay: This plays almost exactly like a Souls game, with one exception. The main weapons in the game are all guns. Now this might have made for interesting gameplay, if you weren’t forced into going into rooms to actually damage enemies despite hitting them with your shots. This completely removes the point of longer range weapons like rifles, and makes the whole combat experience a bit of a drag. What is the point of having cool long ranged weapons if you have to fight every battle in, or almost in, melee range? 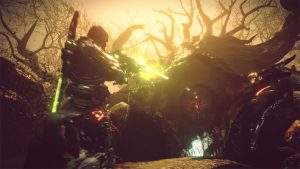 Beyond the guns, which are oddly restricted in their effectiveness, Immortal Unchained is pretty much exactly a Souls game with you getting a set number of health restoring items that get refilled at every “save point,” along with re-spawning enemies that you killed. You can even dodge in pretty much the exact same manner as a Souls game as well. 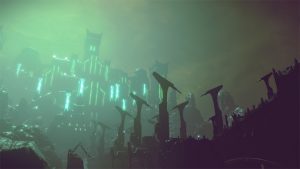 Art: There is one thing of note, and that is the fact that if you create a female character, they are just as monstrous as their male counterparts. Good on the developers for including this. Otherwise however, the rest of the art in the game is pretty uninteresting and, in a lot of cases, bland.

Music: Unfortunately, the musical score is boring. This fits the tone of the story, but it would have been nice if the music provided some excitement that is missing from the artwork. 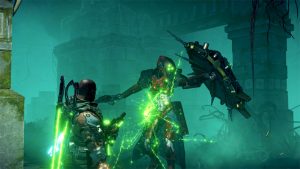 Overall: Steer clear of this unless you are a hardcore Souls fan with a serious itch for something new.

For those who like: Dark Fantasy Stories, The Souls series. Unique shooters set in a world that would seem to favor melee.