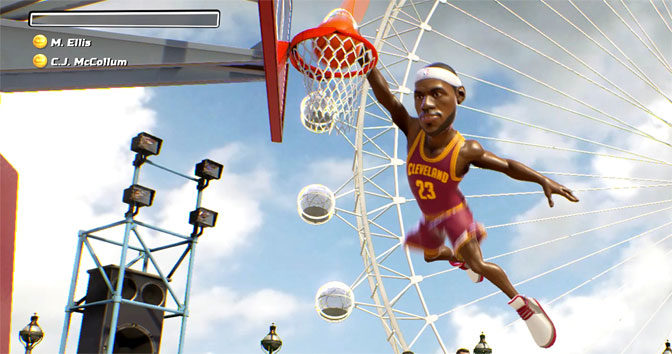 Ok, this is a game that I have been sitting on for a while, hoping the developers would fix some of the many issues. When I first started playing NBA Playgrounds, I was expecting it to go one of two ways, both in a matter done by an EA Sports series. On one side, I thought it would go the way of NBA Jam, at least the On Fire Edition, which turned out to be a very enjoyable experience similar to the old Midway days, a game that I could easily pick up and play and have a good time with. On the other side, we would have the NBA Street mode. Or as I like to call it, NBA Cheat because of its unfair AI and the way they always are able to hold onto the ball while it appears to run away from you. 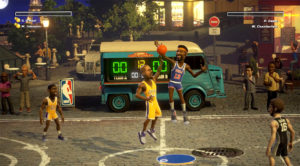 Originally when I tried out NBA Playgrounds, it felt to me like NBA Cheat, because no matter how hard I tried to get shots made, even dunks, they never seemed to go in. It almost felt like the NBA 2K series where shots always tended to miss. But now that I went back to the game, and gave it time to get some patches and updates in, how does it feel?

Yup, it still feels like NBA Cheat to me.

On a positive note, they did add the option of a shot meter, and that helps (a bit) in knowing if my shots would go in or not. In fact, perfect shots can be award an extra point, which means the possibility of four point plays. However, even when my shots are in the green, they still do not go in. Even if I have a three-point legend like John Stockton (whose 3-point rating is a 9 out of 10,) and he is wide open, the shots never go in. It’s frustrating; even NBA 2K thinks the shot inaccuracy goes too far.

The same can be said about trying dunks or layups/finger rolls. Even if the meter has a large green section, somehow the ball goes flying out of my hands. It seems the only way to know a shot will go in is when my power meter fills up which results in a guaranteed shot, which I always use on three-pointers.

[amazon text=Grab a pickup game of NBA Playgrounds with a copy from Amazon!&asin=B0722ZK393] 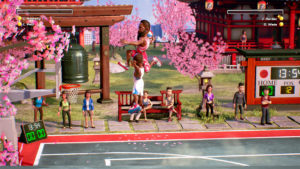 Meanwhile, when the opposing AI has the ball, it seems it’s stuck there. Steal after steal, block after block, they always maintain control, right up to the point that they make their perfect shot. It becomes very frustrating after a while, and in the end I turned off my Xbox One in rage. Thankfully, each of these games are pretty short, consisting of only one period compared to NBA Jam’s four.

New players can be earned by card packs obtained at each new level, and they can also be leveled up to silver and gold status, but even with those new characters there is still very little in game variety, especially for a $20 game. This feels more like it should have been sold at $10, so I’d say wait for a sale, and if you can deal with the frustration. 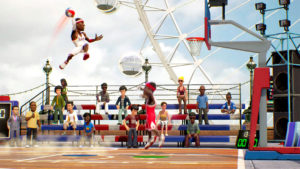 But on the bright side, the game looks pretty good. Each of the players look cartoony, which I feel works better than NBA Jam’s strange photographed faces, and it runs at a constant 60 frames per second. As for the sound, it’s just ok, especially the commentary. Compared to Jam’s Tom Kitzrow and his exaggerated, meme worthy quips, Ian Eagle just seems a bit flat, like the rest of the game. 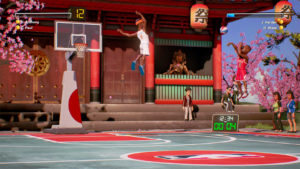 Believe me, I wanted to give NBA Playgrounds a fair shot. Despite constant editorial pressure to get a review done, I gave the game plenty of time to see if they could fix its problems before the NBA season started, but in the end, it’s still a frustrating mess of two on two basketball that I cannot recommend at $20. In fact, if you’re on Xbox One I would recommend picking up NBA Jam: On Fire Edition instead as it’s now available via backwards compatibility. It might not beat Old Time Hockey as the worst sports game I played this year, but it might be near it!

Pros: It looks good and plays fast. Addition of power up and special bonuses for perfect shots and first scores. 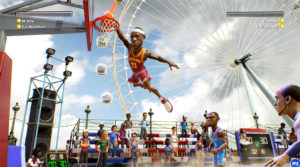 Cons: Tries to capture the feel and spirit of NBA Jam but is just not as fun. Still can be difficult to do dunks. Phantom steals galore! AI ALWAYS gets the ball back no matter how many times you block or swat it away. How do three-point legends constantly miss more than they do even in the NBA 2K series? Not much here to warrant a $20 price tag, but could work for about half that price.