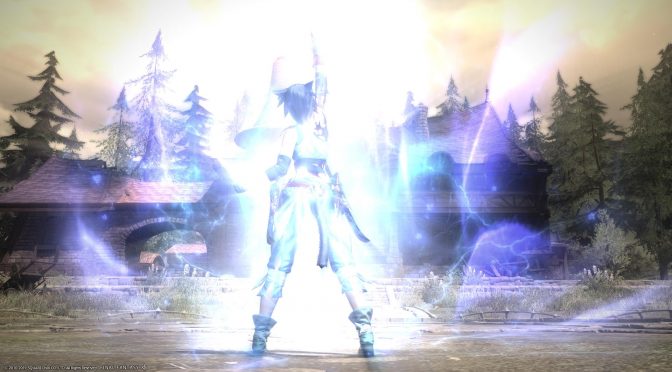 Hey all I’m back with the third expansion to Final Fantasy XIV. It’s my Shadowbringers Review!

Plot: From the very first moment in the first quest of the expansion to the final cutscene Shadowbringers is an exciting, heart-pounding ride that brings back plot threads from prior expansions and even years back all the way to the very first disastrous release of Final Fantasy XIV. Shadowbringers weaves them into an epic story that will undoubtedly move you with the depths of emotion it will forcibly wring out of you. I’m going to avoid spoilers, because Shadowbringers really does have that amazing of a story and you have to experience every other main story from prior releases including all the various eight and twenty-four man raids to even understand how wonderfully done everything is.

Gameplay: The gameplay is both new and exciting, and old and familiar at the same time which given that Final Fantasy XIV is a MMO is no surprise at all. With the new levels and skills comes changes to the way you’ll play, and some Jobs were completely revamped like the Machinist. The new additions, Gunbreaker for Tanking and Dancer for Ranged Damage Dealing bring exciting new playstyles for players to enjoy, although I personally found that I enjoyed playing as my tried and true Ninja the most.

That isn’t to say Shadowbringers isn’t going to ruffle feathers, it did so long before it ever released, with some people upset that this is the second expansion without the addition of a new Healer, but personally given the various issues that adding such a thing would cause I’m not surprised in the least that Dancer wasn’t a healer. The reasoning behind my thinking so is a topic for a Video Game Tuesday post however and I’ll cover it probably sometime in September.

Others are upset that they decided to gender lock the new races, Viera and Hrothgar, to Female and Male respectively. Not helping with the discontent is the fact that most of the head equipment in the game doesn’t properly work on the new races is just further fuel for the hater’s fires. Personally I’m upset that they chose to include such a boring race as the Viera, but again that is a topic for a Video Game Tuesday post.

Moving on from that though is the biggest and best change I think Shadowbringers brought gameplay wise and that is the Trust system. I loved using the Trust system and gave it a whirl with the first dungeon of the expansion and found it to be everything I’ve ever wanted for when I just don’t want to deal with other players. The NPC party members do the instance at your speed, which is both a plus and a minus. It’s a positive because it allows you to really look around the dungeon and enjoy the sights and sounds and a negative in that it’s not the most efficient method of leveling up alternate jobs.

As for the Dungeons and Trials themselves, they were wonderfully done being challenging without ever reaching the point of becoming frustrating. If you haven’t started playing Final Fantasy XIV yet, Shadowbringers is easily one of the best times to enter the game. Though it will take you a while to get up to speed, the story of Shadowbringers alone is worth the hundreds of hours it could take you to reach the starting quest of the expansion. That isn’t even counting upon the musical and visual buffet you’ll experience as well.

[amazon asin=B07N8TDWVH&text=Expand your Final Fantasy XIV with a copy of the Shadowbringers DLC from Amazon!]

Art: The artwork of Shadowbringers is just amazing, from the various new zone environments to the cutscene animation it’s all just further proof to me that Final Fantasy XIV has truly unseated World of Warcraft as the top MMO on the market today. Everything is beautifully done and rendered incredibly well.

Music: This is Final Fantasy XIV’s first expansion without Uematsu Nobuo contributing in any capacity due to his recent health issues. And Masayoshi Soken stepped up big time with Shadowbringers, from the titular theme to the post main story dungeon music everything is just perfect. The voice acting is not at all forced sounding and is incredibly well done, including in English. Honestly if Soken doesn’t win awards for Shadowbringer’s music, I’ll be highly disappointed with the rest of the gaming community.

Overall: Shadowbringers is the best expansion, thus far, in a game that has repeatedly put out absolutely amazing expansions.