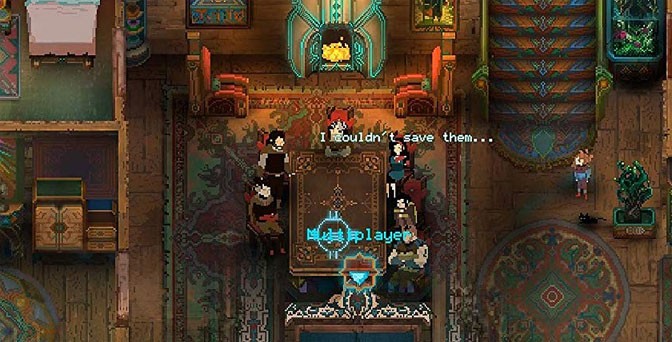 Roguelikes are an ever-present genre with a lot of quirks- many have delightful pixel graphics, excellent sound design, and characters. Some run the gamut and push what a roguelike can be, such as how Enter the Dungeon and Binding of Isaac, which implement bullet hell-esque shooting mechanics, Slay the Spire incorporates deck building, and Crypt of the Necrodancer tosses in unique movement mechanics. Some roguelikes forego uniqueness, and attempt to stand above their peers not by throwing in something a player’s never seen before, but instead by attempting to be the most polished title you could purchase in the genre: This is the type of roguelike Children of Morta is. So is this game worth spending the time away from your own kids, or is this the redheaded stepchild of the roguelike genre? Let’s find out. 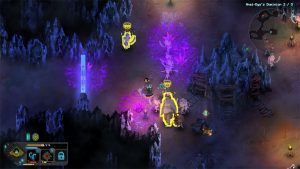 Roguelike games are usually pretty light on story. “Go into the pit and do things until you die” or something involving the game’s unique mechanic are usually all you can boil most roguelike’s plots down to, but Children of Morta is a little different – it has a set cast of characters, not mooks or custom characters with no dialogue, but real people with various concerns about the state of their world, or even just worries within the family.

In Children of Morta you play as the Bergson family, starting with the father and unlocking the eldest daughter before you finish the prologue (this enables co-op pretty quickly), and you learn that the Bergson family has a responsibility since long ago to combat the Corruption that flows from the mountain. The storyline obviously isn’t much, but it’s definitely more than you get out of most games in the genre, and as you progress through the game, you will learn the personalities and grow to appreciate what each member of the Bergson family brings to the table.

The pixel art in Children of Morta is quite excellent; each character is animated in such a way that their individual personality shows through in their actions. Each time you are brought back to the game’s hub, the Bergson house, you can find some dialogue of the family conversing with each other or musing to themselves- some of it is very trite, but some is actually very meaningful or dramatic (sometimes melodramatic) and really helps flesh out the characters even if only by a couple lines of dialogue at a time. 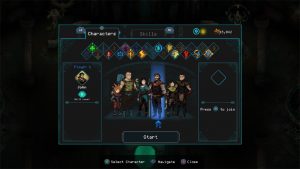 As the Bergsons, your overall goal will be to enter the dungeons and make your way through them while killing baddies and collecting gold. Each area of the dungeon is randomly generated, with some randomized events popping up here or there as well such as saving a wolf cub who lost its mother to corrupted creatures. While wandering through dungeons you can find different events or shopkeepers so sometimes it can be worthwhile to play through an area again to grind for more gold or possibly discover an NPC or event you didn’t see previously, though it’s not like grinding is necessary to beat Children of Morta- the main story of the game can be beaten in about 13 to 14 hours. 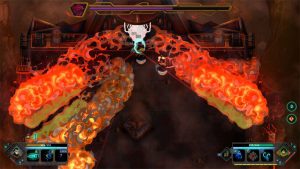 Combat in Children of Morta involves using your attacks at the proper time and a lot of kiting- it’s more in tune with hack and slash games where you need to manage how enemies approach for maximum effectiveness. There are various items you can find during a run that can further specialize or round out your characters as you progress- you’ll find various divine graces, relics, and charms that can confer new action skills or passive abilities on each run which can really help you blaze through enemies. Of course, while there’s the occasional buff or item that players can pick up, there’s not exactly a bunch of loot to grab as you progress through the game. 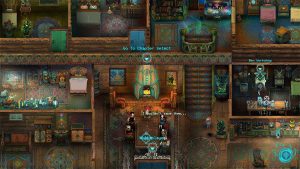 While the items you find may be less common than hack and slashes like Diablo, you do get permanent upgrades as you progress through the game. With each run of the dungeon, you’ll earn resources you can spend to strengthen your weapons, take less damage, and learn new active and passive skills. Each member of the family tends to work well with each other too, with high level skills involving boosting the stats of the entire cast even if you’re not using that character. One skill slowly regenerates health of all family members, for example, while another involves one of the characters appearing and smacking enemies with a whip in order to help out. The progression is ever-constant, as you’ll be able to acquire something every run that will make each subsequent attempt at least a little bit easier. 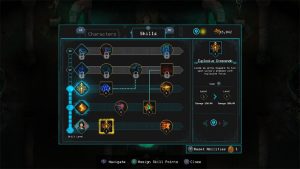 Each character in Children of Morta behaves a little differently from the rest. John, the first character players are given experience with, uses a sword and shield, and can block enemy attacks up to his stamina limit. Linda, the eldest daughter who joins in the prologue, uses a bow and arrow and needs to manage her stamina while shooting and moving or else you’ll find yourself stuck in place, unable to kite enemies, at very bad times. Each family member you unlock will have their own action skills and methods of attacking or movement, so while John may need to get up close and personal, Linda and Lucy can attack from range and implement things like Decoys into their rotation to take on an entirely different dimension when handling hordes of enemies. 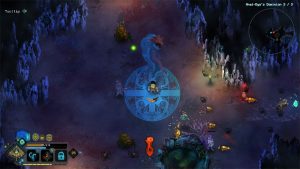 Players who have difficulty with the game can enlist the assistance of a friend in co-op play, which can further expand options in how you approach the various enemies throughout Children of Morta. Having another character to support or crush some bats can be a lot of fun as you progress in the dungeons, so this can be a great title for two friends to play on the same couch (online co-op doesn’t seem to be supported on Switch at this time).

[amazon asin=B07SVZM7SG&text=Grab an RPG that you will treasure. Pick up Children of Morta from Amazon!]

The visuals for Children of Morta are clean and crisp- as one would expect from pixel art. A lot of the enemies will be very same-y in appearance or approach by the time you hit the latter half of the game; additional enemy variety would have been nice. The sound is fitting, with some great tracks playing while dealing with the bargainer or while in the Bergson’s house. 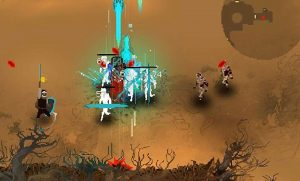 Overall, Children of Morta is a game that’s here for a good time, not a long one. With a run time just shy of 15 hours, this is a beautiful looking game that doesn’t overstay its welcome. While you can replay and grind for hours at a time, it’s never required in order to complete the game, as the story will progress naturally as you go through the dungeons, kill bosses or complete events, and come back to the house. For those wanting a quick and relatively painless roguelike to couch co-op with a friend, Children of Morta is a perfect choice for a good price. 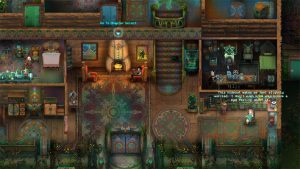 For those who crave more difficulty and replay ability from their games may want to try Dead Cells or The Binding of Isaac, which can drain away hundreds of hours of your life before you complete the most difficult of tasks in them. For those who are unsure of the difficulty, though, Children of Morta is a great option as while it is a bit difficult at the start, there are so many upgrades to make progression easier that it makes a great starting point for the genre to those who are curious, which is probably one of the highest praises that can be given to this type of game. Children of Morta really shines in an increasingly crowded field.