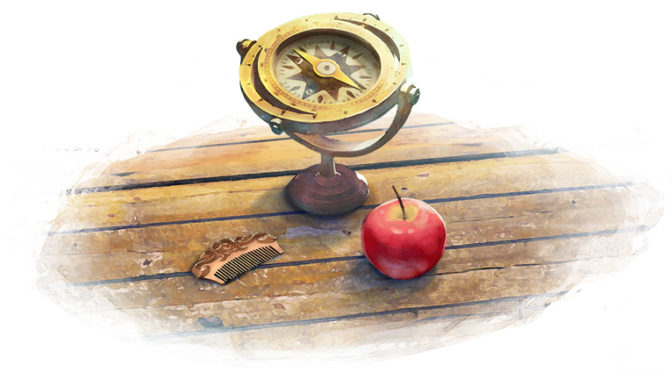 Hello all I’m back with another Tales of game. It’s Tales of Berseria and it doesn’t disappoint!

One word of warning: I’m going to be super obscure when it comes to naming characters and I’m going to be super light on spoilers if there are any. This means that the artwork you see in this review was specifically picked by myself so as to avoid spoiling anyone. My colleague Vincent has also written a review, but his is definitely filled with more spoilers. So, if you want to avoid those, I advise waiting till you are about halfway through the game before reading his review.

Plot Synopsis: Long before Shepherds…Before Lords of Calamity…Before Sorey and Mikleo left their home of Elysia to begin their journey in the vast world outside… 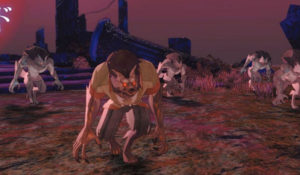 There was a family living on the edge of the settled world. Velvet Crowe grew up without her parents, being raised by her elder sister Celica and her brother-in law Arthur along with her younger brother Laphicet. However tragedy strikes and on a night with a crimson moon, the village of Aball that they live in is attacked by bandits who turned into monsters before Velvet and Laphi’s very eyes. Celica dies tragically along with her unborn child and Arthur loses the ability to use his right arm… Now seven years later on the eve before another crimson moon is set to rise, Velvet now 16 years old is setting off to hunt in the forest for Prickleboars, a delicacy in the region that she plans on selling to earn money for medicine for her younger brother Laphi…

Plot: I was highly impressed with Berseria’s plot. In fact I’m counting it as the best of the entire series thus far, and I was already very impressed with Zestiria’s story. As a side note, Berseria is directly tied to Zestiria although they are set a thousand years apart with Berseria in the past and Zestiria in the future. A lot of other people criticized Zestiria’s story, they didn’t play the game fully. However if you want to get the full experience, it is definitely worth playing Zestiria first, and then play Berseria. It might sound counter intuitive, but trust me, it’s the best way.

Berseria isn’t the first game in the series to be a distant prequel to a past game, that occurred back with Tales of Symphonia being the far distant prequel to the first game in the series Tales of Phantasia. However Berseria is much more linked with Zestiria, with many different things and areas you see in Zestiria being recognizable, but in different shape or state. What might have been a desolate ravine in Zestiria is a canyon filled with life and water in Berseria. There are plenty of places you can recognize if you pay proper attention and interact with every NPC. In fact I cared a lot about almost every NPC I met in the game, because their stories progressed as the main story progressed.

[amazon asin=B01HQGWBZ2&text=Grab a copy of the darkly amazing Tales of Berseria from Amazon.]

As a further side note I would dock points from Berseria’s story if I could do it with a bit more precision, because in the Western release they chose to censor a pivotal scene in a certain way. I don’t agree with what they did, and think it’s a shame they did it. It’s a relatively minor alteration in terms of what they actually did, but it definitely has an impact if you understand how to tell stories. I’ll have a Video Game Tuesday post on the subject in the near future, although be warned that it will contain critical spoilers to the story, so don’t read it until beating the game.

Characters: Speaking of Characters, Berseria might just have some of the best in the series, with Velvet, Laphi and Arthur being very distinct characters with surprising depth. Other characters were just as great. Character A is a person who deeply believes in their way of life and is stubborn to a fault. Character B is adorable and cute, while still impacting at your heartstrings with their plight. Character D is ruthless, and determined to achieve their main goal at any cost. Character E on the other hand is zealous in trying to prove that he can create something better than he previously did despite failing many times. Character F wants nothing more than to prove he’s better than others and also seeks battles. Character G wants to help the world to prevent others from experiencing the same tragedy they did as a child. Character H on other hand is incredibly lazy and prefers to just sit around. Character J is incredibly cowardly running at the first sign of trouble whenever possible.

I didn’t include all of the characters in that list above, but each and every character is surprisingly deep, and I found myself enjoying all of them. The cast of Berseria puts most JRPG casts to shame. Even the most basic of NPCs you meet on the street have more depth than the entirety of Destiny’s story and cast of characters. There are recognizable faces from Zestiria as well, but as for who I’ll leave that to you to experience.

Gameplay: I was already very impressed with Zestiria’s battle system, it only having a few flaws in most people’s views, the main one being that you couldn’t play Co-Op easily. Berseria revamps the battle system of the entire series, replacing the directional inputs completely with a button input system for battle. Instead of using Circle and tilting the L3 stick to use different artes, the artes used by pressing the different face buttons. This allows for chaining of different combos much more easily. In addition the game allows free running around the battle spaces with impunity, and in fact it’s encouraged. The quick step system is still retained from Zestiria, and upon doing so successfully for the first time a soul gem will pop out onto the battlefield. Grabbing them requires you to run around the battle area. Speaking of combos, the party AI has been significantly improved and working with them is surprisingly easy now. I was able to chain together combos climbing into the 50’s within 15 seconds of a battle’s start once getting four party members.

Along with the new Break Soul and Switch Blast system, the battles turn into fast paced brawls that are absolutely fantastic to control. One thing that is significantly different from previous entires is the relative lack of “healing” artes the characters learn, instead health is supposed to be regenerated through careful use of the new Break Soul system or via Switch Blasting reserve members into the battle to let the wounded heal. This was at first rather counter-intuitive, as I’m used to being able to heal myself via an AI party member like past Tales games. However once I got the hang of the system, I was able to fully appreciate the genius of it.

Another new addition is the ability to use multiple Mystic Artes with each character during a single battle. In past games they were reserved as finishing moves, or panic buttons for some characters. In this game I was not only able to easily chain various party members Mystic Artes together, but to do so to amazing effect and allow me to continue frequent use of various Break Souls. Each party member has a unique Break Soul, with some being very simple, to others being much more complex to use. However by the end of the game I was switching between each character in battle with high frequency to allow me to use their abilities to deal with foes forty or more levels above me while playing on the hardest difficulty.

Art: Just like Zestiria I was highly impressed with the art of Berseria. The world was highly colorful and while it doesn’t have the realism of Final Fantasy XV, it also was made with a much smaller development team in significantly less time. I’ll use a line from my Zestiria review, because it still fits. It’s like playing a world created entirely by ufotable, my favorite and most admired Anime studio. The world is vibrant and alive, and the movie quality animation sequences were excellent.

Music: I was also highly impressed with the musical score, it fitting the game’s story amazingly well. From the various character themes to the battle themes, each and every one of them was well done. 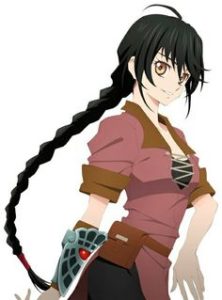 Voicework: There is one problem with the game, however it’s an entirely avoidable one and the solution is something I highly suggest each and every player use. The English voice actors are less than excellent. With not only their work being poor, it fails to give the same impact as the Japanese voice actors. So do yourself a favor and play with the Japanese voices, you’ll enjoy the story much more, and get more out of it than with it in English.

Overall: Berseria is an excellent addition to the series, and while being technically standalone, if you want the best story experience play Zestiria first and then play Berseria. It makes the two games, both among the top games I’ve ever played, much stronger than if you were to experience them individually. It also features an incredible sole female protagonist in Velvet whose journey and story make Berseria the best JPRG I’ve ever played.

Not for those who don’t like: Any of the above, but seriously you’re missing out.