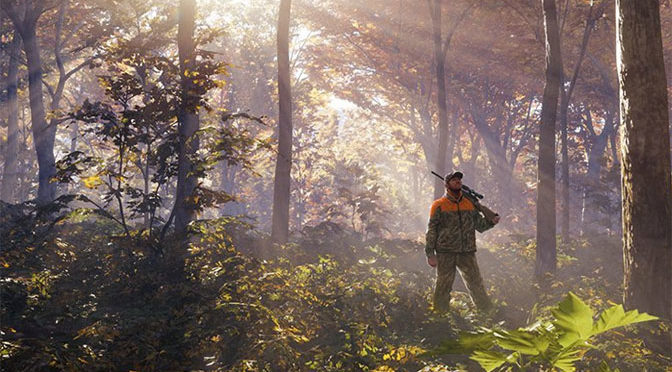 theHunter: Call of the Wild

I quietly approached my target, creeping slowly through the dense brush, careful not to make any noise. Tentative step after tentative step, I inched closer, acutely aware that one wrong move at this point would ruin my chances of the kill. I raised the rifle scope, held my breath and let fire, the gunshot’s explosive sound deafening in the almost silent forest.

It’s in these moments that theHunter: Call of the Wild is at its absolute best. Unfortunately, these are also the moments that are far too infrequent to make the game something that anything but the most ardent hunting enthusiasts will have the patience to achieve. 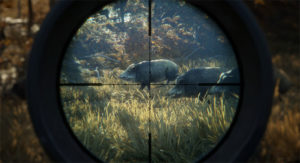 In a strange paradox, theHunter: Call of the Wild recreates the experience of hunting so faithfully that it often misses out on the aspect of fun. Every hunt requires a series of precise, painstaking tasks to track down and kill your quarry, with one misstep meaning starting the process over.

Excluding the occasional blind luck of stumbling across an animal, the process starts out by locating an animal’s tracks or pinpointing the direction of its cry. After getting close enough and highlighting them, the tracks light up in a conical shape to give you the general direction the animal was moving, how fast it was going and whether it was there recently. 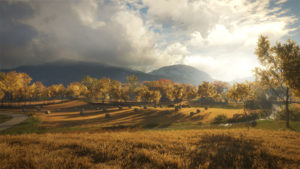 Upon acquiring different skills through the game’s light RPG system, tracking becomes slightly more precise, but that by no means makes it easy. Everything from your scent on the wind to how much noise each footstep makes affects your chances of a successful hunt. Even the act of standing up makes you more visible to a potential target, so expect to spend a good portion of the game crouched down, moving at a snail’s pace to get anywhere.

To make the going even more challenging, the game also includes warning calls from other animals, and frustratingly, they often saw and heard me before I knew they were within range. As if spooking an unseen animal weren’t bad enough, those warning calls also scare away any other creatures in the vicinity.

[amazon asin=B073BNDD36&text=Take your own shot with a copy of thehunter: Call of the Wild from Amazon!]

If you do manage to find an animal and get a clear shot at it, be warned, your job isn’t over yet. Failing to hit the target in a vital organ results in it being wounded and running, leaving a trail of blood that you have to – wait for it – track through the forest. Depending on how poor your shot was, you may be wandering for some time. 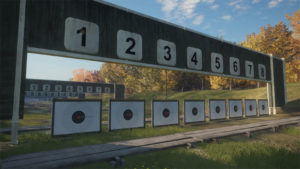 When you do finally confirm the kill, the game gives you a score based on a number of criteria, including the weapon used, ammunition type and how clean the kill was. It then metes out experience points, which you can use in the previously mentioned skills system, as well money to upgrade your arsenal.

I’d be remiss in not pointing out that there are some hunters who view everything I just said as being what a hunting simulation should be, and they would be correct. At the same time, this also limits the game’s accessibility and alienates non-hunters. 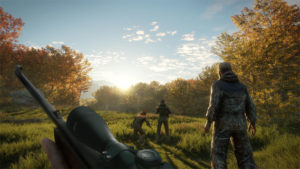 Compounding that problem, theHunter: Call of the Wild does an awful job explaining the controls and game mechanics. A brief tutorial gives players a general idea of how to track, take photographs and shoot, but it barely scratches the surface on inventory management, leveling up and acquiring new gear. I went through most of my time with the game unaware that I had three ATVs I could use to travel faster, all because the game never told me they were there or explained how to use them. 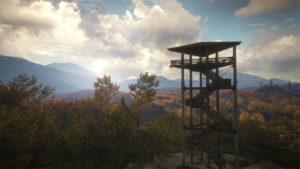 Frustrating as the gameplay can be, the game boasts a stunning, vibrant world to explore. Forests drenched in sunlight, detailed shadows and extraordinary sound effects bring the experience of wandering through a hunting reserve to life. The tension of stalking a deer through the overgrowth is so realistic largely because of the accentuated crunch and rustle you make with each motion. Knowing that every branch and leaf underfoot could give away your presence raises the stakes at all times. 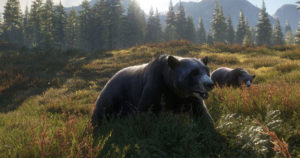 It’s not just the sound that brings the forest to life either. Deer, foxes, boar and other game blend into their surroundings beautifully, making them just as difficult to spot as they are in real life. The weather effects, especially the impact of the wind bending plant life, are equally impressive, giving you the sense that you really are in the middle of the woods. 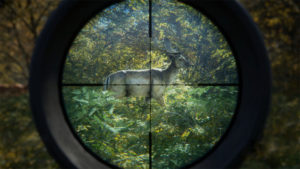 It’s strange, but theHunter: Call of the Wild is simultaneously a superb simulation while being a subpar game. In its meticulous detail, it pushes away all but the most passionate outdoor enthusiasts and hunters. At the same time, that level of detail is also something to marvel at, and the overall atmosphere and environment are a testament to the development team’s skill.

With a better tutorial and more easily managed inventory system, theHunter: Call of the Wild may have been more approachable, but as it stands, it requires a high level of patience and dedication to get the most out of.

Overall, theHunter: Call of the Wild earns 3 GiN gems out of 5 for their trophy case.