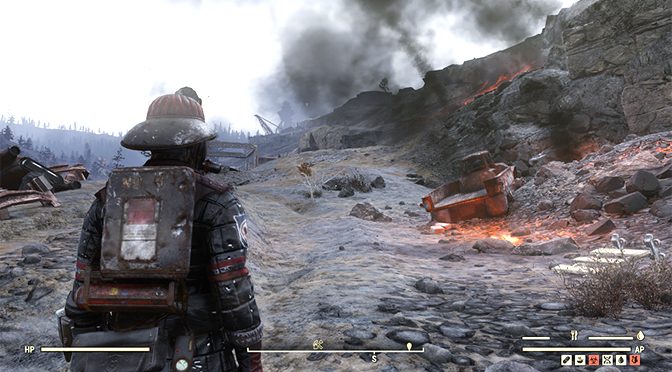 This is a tough game for me to review. As you all know, I am a huge fan of the Fallout series, and absolutely loved Fallout 4. Even with all the criticisms I heard about it, such as the limited dialogue system, it still didn’t pull me away from playing it. In fact, with both the Xbox and PC versions combined, I may have played a total of 500 hours and still went back for more. Having mods added to the consoles didn’t hurt either.

Meanwhile, there was a community out there that wondered what it would look like to take the Fallout universe online. After all, we saw it happen with the Elder Scrolls Online, and even though it did have a rocky start on its own, I ended up playing it on Xbox and for a while I enjoyed playing it. Granted I never went on to its Morrowind or Summerset expansions, but I still felt that I got my money’s worth out of that game. 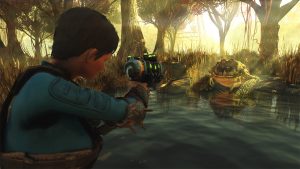 But now, Fallout 76 is out, and to many, let’s just say the experience has been very rocky. The game has received an unbelievable amount of hate from the community. Whether it was those who were not happy about the game being an online world or from those with legit criticisms of how it played, the vitriol rivals that of last year’s Mass Effect: Andromeda, with some even comparing it to No Man’s Sky when it was released.

I’m sure there are those who are going to read my review thinking I’d show the same amount of hatred and disgust for the game and tear it to shreds, but I’m going to be honest with you all. Sure there are a ton of glitches, bugs, and crashes, more than the typical Bethesda fare. But in the end, I actually enjoyed the game. 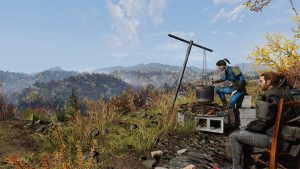 No, I am not going to go all out Fallout fanboy on all of you, because yes, this game has a lot of issues. I could make a laundry list of all the bugs that have been reported, but I will just go over the ones I have experienced. Keep in mind this is over a two week span of gameplay and that includes post launch updates. For one, my game crashed several times. Be it a complete lock up of the game that required a manual quit or a lockup that automatically booted me back to the main screen, I have suffered both.

There were also times when my character was over-encumbered, which based on the game’s insane weight system is a common occurrence, and when I was killed I was unable to respawn from anywhere aside from the start point of Vault 76. (Thankfully, this issue will be addressed in a future patch.) 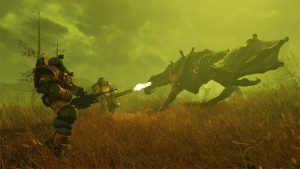 I also suffered issues with the budget on my CAMP being fully used up. Even when I recycled parts to hopefully get some of the budget back, it was not refunded to me at first. The good news is this issue was resolved in another update, but what still needs to be looked at is the miniscule limit of your stash. At the time of this review, the stash is limited to only 400 pounds, and though Bethesda has announced an increase to 600 pounds soon, it’s still not enough for a lot of the stuff I plan to save up. 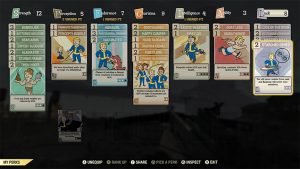 I also noticed that at times my CAMP location disappeared from the map and I ended up having to build it again, a whole new building, from scratch, part for part. That too helped to kill my budget, and I really hope it gets fixed soon.

Even in combat I noticed various glitches, be it enemies frozen stiff as I pumped them full of shotgun shells or others respawning in mass waves way too quickly. The glitches even came to my benefit as I once had a period of temporary invincibility to the point where the game felt like cheating.

Yes, all the bugs made the game seem like a train wreck. I wanted to turn away but, I just couldn’t do it. I wanted to play more, and more I did. I was starting to enjoy the gameplay for the buggy mess it was. And while playing by myself without any NPCs (aside from some robots and holotape recordings) might be considered dull and lifeless to some, it was just much easier for me to get into. 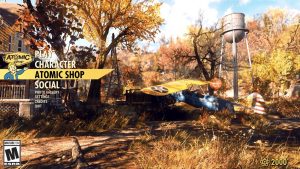 And then there is the multiplayer aspect. Let me get this out of the way right now. Usually I HATE playing online with others. Most online games are plagued by griefers: those who just want to attack and destroy everything you built up for their own entertainment. That hasn’t been the case in Fallout 76. With the exception of two moments that I will mention later, every time I met and played with someone else online, they have been nothing but helpful. Other players have actually shown up at my CAMP and offered me rare weapons and armor in exchange for supplies and food that I created on a regular basis. Not since the days of Phantasy Star Online on the Dreamcast and original Xbox have I seen that level of camaraderie.

Check out my first steps out of the vault, and see how some people started helping me right away. 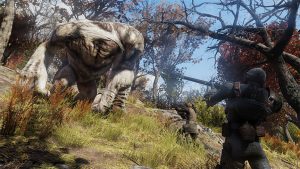 As for the griefers, they seemed to only occur when I was in a “Wanted” status, and that came from accidentally shooting another player’s CAMP turret. When I was “wanted” someone would always show up and kill my character for a bounty, usually about 10 caps, a minor loss compared to having that “Wanted” tag on my head. I almost stepped up and let them cap me for the caps. 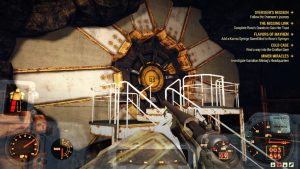 Needless to say, despite all the negativity going along with this game (and yes, that includes the whole Power Armor Edition “vinyl bag” fiasco, and to those who are dealing with that now, know that I’m behind you on that) I’m enjoying Fallout 76 a lot. That said, I strongly recommend you don’t pay $60 for the game, or more for the Tricentennial Edition, which just gives you some special paint jobs, clothes, a Vault Boy mask and some posters for your CAMP, and look for the when the price drops a bit. By then, I’m hoping that all the bugs and kinks will be worked out. 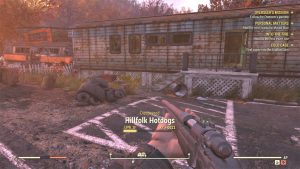 I do see this game as being like No Man’s Sky, in that I am hoping that it does get much better as more work is done on it, but in the end, I feel that the best way for Fallout 76 to be released was first as an Early Access/Xbox Game Preview title, instead of the way the B.E.T.A. Tests were done.

[amazon asin=B07DK34CW9&text=Join Todd and thousands of other players exploring the wild West Virginia wasteland in Fallout 76. Grab a copy from Amazon!]

Pros: Fans of the exploration parts of Fallout 4 will feel right at home. Massive world compared to that of Fallout 4. Many people online have been very helpful rather than griefers 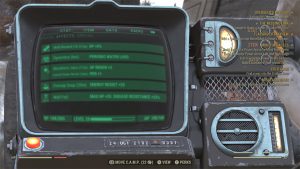 Cons: Bugs, bugs, and more bugs. Many in game crashes. Feels incomplete for a $60 title and should have been released as an Early Access title first.

Disclaimer: This review was done using a review copy of the Xbox One Tricentennial Edition of Fallout 76 provided by Bethesda. Game played up to Level 36 over a span of 40 hours. No outside influence was involved with this review and the final score and opinion is that of the review writer.