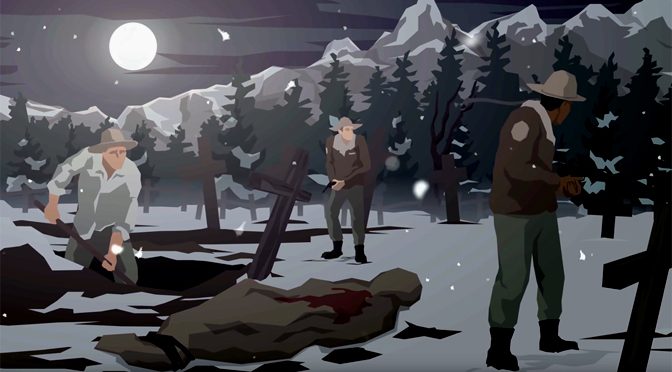 This is the Police 2

If you’re Jack Boyd, you gotta believe that life is really out to get you, and I mean in the worst way possible. Without giving away any major spoilers from the original game, Jack is the former Police Chief of Freeburg, a city full to the brim with crime, crooked politicians, and all sorts of bad locals in influential places. His position in the city made him a target of interest.

In short, during the original game, keeping everyone happy got to be a problem for Jack. Decisions had to be made: Some good. Some bad. Some he’ll probably take to the grave. In the end, the weight of it all, managing the cop force, catering to the needs and wants of shady individuals, the growing threat of danger and a badly deteriorating home-life was proving too much for Jack and so he felt it was time to get out of dodge. So he left and went off the radar for a while in hopes that things might blow over eventually and he’d find himself some sort of peace in life…But life is cruel sometimes. 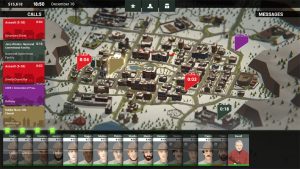 Jack finds new refuge in the small neighboring town of Sharpwood where, compared to Freeburg, things seem a little more quieter on the surface. The mad irony of the plot, though, is that this couldn’t be further from the truth. Sharpwood is also plagued with it’s fair share of problems ranging anywhere from gangs, smugglers, and robbers to kidnappers, mad bombers, serial killers and the likes. And, as fate would have it, Jack has set foot right in the muck of it all. Yet again, his unique gift for being in the wrong place at the wrong time has landed him in another undesirable situation, this time behind bars and a suspect/potential witness at the center of a murdered police officer and a cache of drugs investigation after just a short stay in Sharpwood. At this point, the old cliche’ “out of the pot into the frying pan” wouldn’t even do the situation justice. The only question now is how will he get himself out this pickle?

While in the custody of the police, Jack meets Lily Reed, the newest sheriff of Sharpwood. Lily has her hands full not only keeping order within town limits but also managing her “complicated” force of duty officers. Clearly stressed out and noticeably on the edge, Jack spies a window of opportunity to offer his experience and expertise in the field to give Lily some management pointers in the hopes of proving his innocence and at the same time settling the unresolved matters of his checkered past. It’s not long before Jack finds himself managing and pulling all the major strings behind the scenes of Sharpwood’s finest. 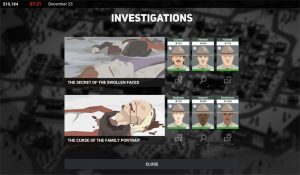 The overall game has seen significant advancement in the realm of graphics and audio. Still staying true to its “papier-mache” image, things look much more clean and polished than the original game. The cut scenes and motion gameplay are fairly impressive running at a smooth 60 frames per second. The enhanced graphics engine is complimented well by strong voice-overs and a wide variety of music and sound effects to help properly set the tone for this year’s sequel.

If you’re a veteran of the series, much of the core gameplay elements from the first game are still intact along with a new wrinkle or two to keep things interesting. Ultimately, being a solid sheriff is all about management, strategy and decision-making. 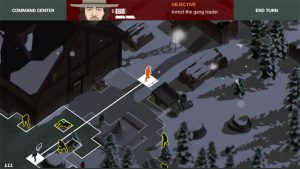 In order to get things done around town you’re gonna need a sizable and adequate force of officers to do it with. It’s not long before you realize you’ve got a lot of work to do in this department. Each of your officers have variations of key attributes that directly dictate how they perform in the field: Stealth, Speed, Strength, Shooting, and Negotiation. Being aware of these attributes and sending the right officers to handle the right situation will play a key role in the success of day to day operations. Every time a group of officers successfully completes a mission they will gain experience points which will eventually allow you to upgrade their attributes further. In the same light, failing missions will lead to loss of experience for each officer, or even injury and deaths. 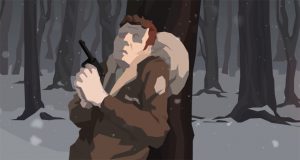 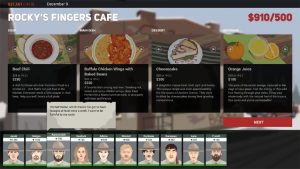 The process of filling the roles for each mission can become challenging as you have a limited amount of officers scheduled for duty each day. Successfully completing missions will grant you monetary bonuses opening up more options for you down the road with a bigger budget. You will also need to try and keep your staff happy by doing odd little things like planning their meals. In return, the most loyal officers will help you with special requests, like doing slightly, or really, illegal activities when needed. You know, like torturing suspects, moving special packages through town, or making certain problems go away permanently. 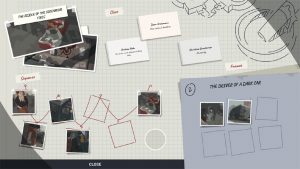 While keeping track of your work force’s skills and attributes is one thing, managing their behaviors and personal lives is another. Just like the real world, home-life often intersects with work life and so you’re staff will from time to time ask for things like personal leave or vacation or be conflicted with bad habits such as alcohol addiction. The list varies from day to day. What’s important, is that you don’t sweep their cares and concerns under the rug as ignoring them can lead to more serious consequences including loss of “loyalty” and unexpected problems or behavior during missions.

[amazon text=The first game in this series was good, but This is the Police 2 is pretty epic. Grab a copy from Amazon!&asin=B079NXMT54]

New to the series this year, tactical missions have been implemented into This is the Police 2. Tactical missions which pop up from time to time are overhead grid and turn-based missions pitting you against AI criminals. These missions give you full control of loyal officers you’ve assigned to the job allowing you to more directly influence the outcome of things. 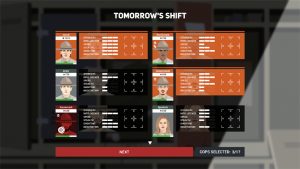 During these sequence of events you’ll strategically instruct your team to stealthily disable and arrest criminals, breach doors and windows to gain access to strongholds, diffuse bomb threats, rescue hostages, gain crucial intel and when necessary use lethal means to gain control of the situation. Interestingly enough, officers whose personal needs you have ignored in the past will not be accessible or follow your orders during these missions and may do random things that drastically compromise the overall outcome. Don’t send disloyal officers on these tactical battles. Overall, tactical missions are a welcome addition to the mix and make for a much more engaging experience. 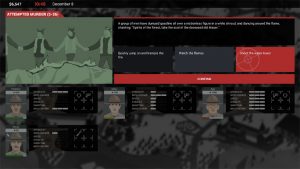 Be forewarned, if you haven’t played the original game, this sequel may come with a brutal learning curve for some newcomers. There will be a lot of unfavorable scenarios thrown your way and even when it looks like you’ve got a handle on things you may find down the road that you’re carelessly burning through officers and resources or have made poor decisions which could ultimately lead to a game over scenario. While the game is fun and challenging, it could also prove to be frustrating to novices. 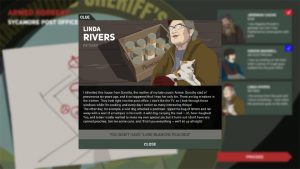 All in all, though, This Is The Police 2 delivers the goods and is a solid sequel to the original game. Solid visuals and audio, an enhanced decision and gameplay engine as well as an engaging, controversial and intriguing storyline make this one a must-by-must try kind of game. Here at GiN, we’re putting this one in the books as another solid 4.5 Gin Gems for the series and This is the Police 2.