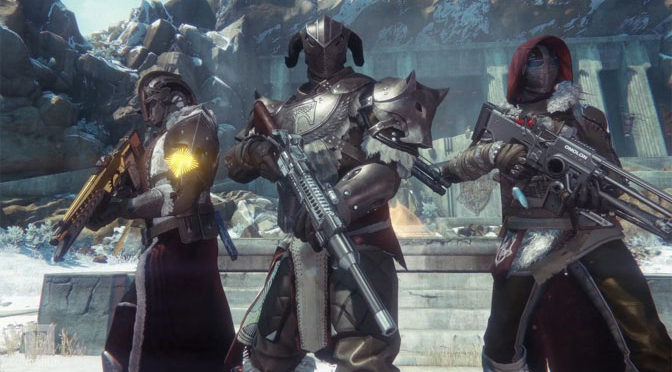 Hey all I’m back with a look at the latest Destiny content update, Rise of Iron! It’s time to see what changed…

Plot: Look I’d really like to say that Rise of Iron fixes all the problems Destiny has in terms of story, but that’d be a flat out lie. It doesn’t fix any of them, we still have no clue what’s going on with any of the characters we met in the original story missions and while our time spent in the Dreadnaught during the Taken King were a step towards making something out of nothing, Rise of Iron is merely another different angle of a story we have no clue about. 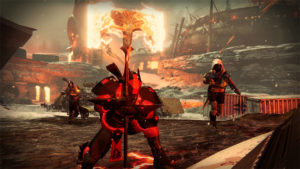 We also get nothing from Cayde, arguably the saving grace of Taken King’s story. This is a crying shame, but given how Bungie has handled Destiny I can’t say I’m too surprised. Unfortunately the story is the least of Bungie’s mistakes with their “shared-world” shooter.

Gameplay: I won’t lie and say playing Destiny isn’t fun. It is very fun, for a short time while you complete the story missions. I don’t do competitive, and while the Crucible is a great way of extending player’s time spent on Destiny, it isn’t remotely balanced compared to other FPS games. I don’t envy my newest colleague Marion with her attempt to get into the competitive Destiny scene. Destiny has way too many different gun variant permutations to get any semblance of “balance.” 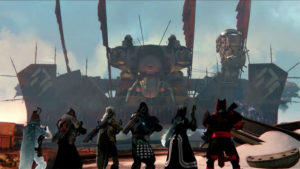 However enjoyable the story missions are, the rest of the gameplay that opens up after said missions is very flawed. There are a few things Bungie got right with RoI. They made Gjallarhorn, the most useful and desired Exotic in Year 1, easily attainable by everyone. There are a couple other Exotic weapon quests as well with the Kvostov being a great callback to the starter weapon everybody gets in the very first level and Thorn, a pain in the rear as usual to acquire and deal with. That’s pretty much all Bungie got right with Destiny’s newest endgame experience, with every other decision they made removing what Taken King improved on.

They made the Light Level grind ridiculously intense in terms of time investment compared to TTK, with players spending a good 30 hours at minimum raising their light level from 320-365. Compared to TTK where it was ridiculously easy to raise one’s light level by just doing Court of Oryx for a few hours, a “public” activity that got huge amounts of traffic in the first few weeks of the game. 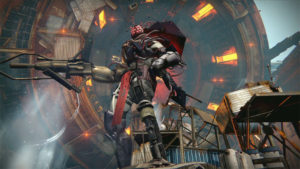 The Archon’s Forge is Rise of Iron’s version of Court of Oryx and it does everything wrong. It’s in a highly inconvenient location that removes 85 percent of the player population going to it, and with the way Destiny has always handled the shared areas in their Patrol modes it means that you can go a good half hour without ever seeing another player enter the zone on a good day, and hours on a bad day. 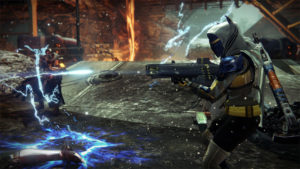 I could go on and on with all the various issues that Bungie has made with this latest content “expansion,” from the change of a critical hit zone from the head to the throat in an enemy we’ve been dealing with since the first level of the original game; to the fact that less than 24 hours after launching the hardest “activity” it was finished with half the number of intended players. All of these issues make up the end game of Destiny, which any MMO player will tell you is where the game truly starts.

This isn’t a good sign for the game in general and makes me worry about whether we’ll see Destiny 2 in the promised first few months of 2017. Frankly at this point I’ll be surprised to see Destiny 2 any time prior to September 2017, and it probably won’t fix any of the issues that I’ve had with Destiny since it launched in 2014. 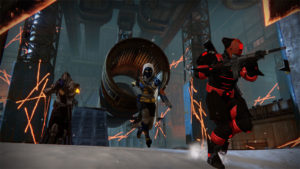 Art: The art at least is beautiful as usual, and I’d have given Rise of Iron a perfect score in this aspect if it weren’t for the fact that the frame-rate drops into the teens during the Raid, despite Bungie ditching the previous generation of consoles for this latest “expansion” to prevent just such an occurrence.

Music: The music is okay, but frankly compared to past Bungie masterpieces in the Halo series, Destiny falls flat over all. Granted that they fired, for whatever reason, their musical genius Marty O’Donnell before the original game launched so I’ve never held high regard for their music since the initial launch. 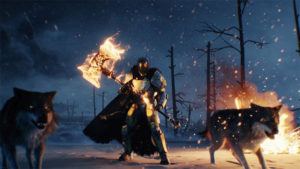 Overall: If you want to play a flawed game, Rise of Iron is a relatively cheap expansion to Destiny’s content, but it might just be worth it to wait and see if they can fix their numerous issues with the sequel next year.

For those who like: Destiny, Grinding the Same Content for Days, Fun Gameplay for the First Forty or so Hours.

Not for those who don’t like: Any of the above, or frustrating design choices that takes away everything that was improved on in The Taken King.