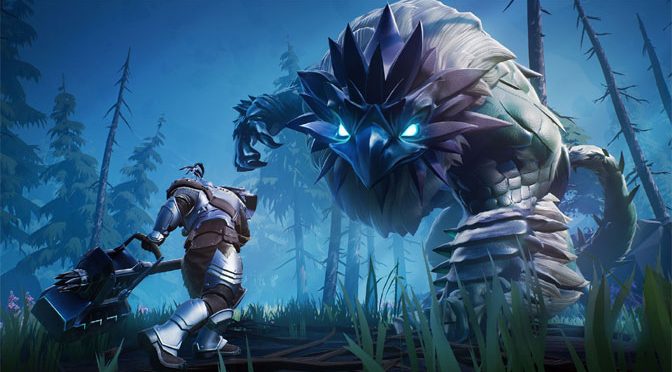 It’s impossible to talk about games in the monster hunting genre without talking about the appropriately named Monster Hunter franchise. It essentially created a new genre of games, and with the superb entry that was Monster Hunter World and its upcoming Iceborne expansion, Monster Hunter is still setting the bar.

But for everything that Monster Hunter is, one thing it’s not is approachable. It’s a franchise that requires hundreds of hours to fully appreciate, and even after all that time, you still may not have gotten deep into the endgame. 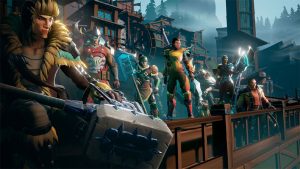 Dauntless takes a different approach. Free to play and easy to grasp, the developers at Phoenix Labs have created a game that distills the core appeal of Monster Hunter into a game that anyone can pick up and play without intimidating game mechanics scaring away casual players. At the same time, Dauntless has a tremendous depth to its combat, crafting and build creation that will keep fans coming back time and again.

Each hunt starts off on a random map, with the monster, called a behemoth, somewhere in the area. Maps aren’t huge, and with a party of four hunters, it’s not long before someone sends up a signal flare indicating they’ve found the target. 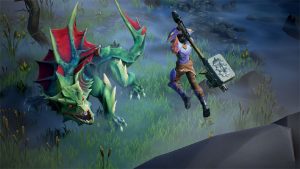 The small maps mean there’s no tracking the behemoth involved, no picking up clues on its whereabouts and no chasing it all over creation as it flees. Those are all features that cater to Monster Hunter’s huge maps and sprawling, interactive environments but that does not work for a game with hunts that often last 15 minutes or less like they do in Dauntless. 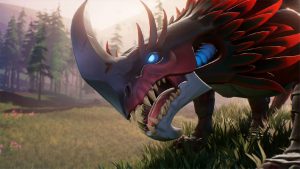 Combat consists of the hunting party taking on a behemoth in a flurry of vivid, wild animations. Explosions of color fill the screen as lighting orbs fly at hunters, gobs of lava rain from the sky and jagged ice erupts from the ground. Trying to keep track of and avoid these elemental attacks is a frantic exercise in dodge timing and counterattacks. 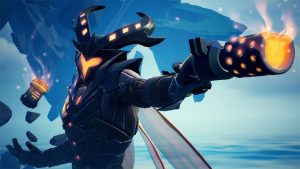 Of course, the behemoths aren’t the only ones with the elements at their disposal. In keeping with the straightforward theme, Dauntless’ element system is easy to understand and presents a universal set of strength/weakness pairings. That makes it easy for players to properly gear up for each big fight and know exactly what they are getting into for the pending battle. 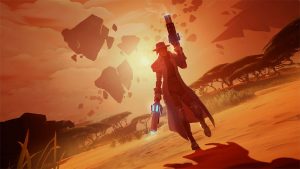 Armor of the same element a behemoth is provides boosted defense, while weapons of the opposite elements are strong against them, and vice versa. There’s also a neutral element that receives no increase or decrease to attack and armor while fighting.

Successfully breaking behemoth parts and completing hunts unlocks new weapons and armor to craft, all of which have different skills and skill slots available to alter your style of play. With each behemoth requiring a different strategy, theory-crafting new builds is a huge part of the fun Dauntless offers. 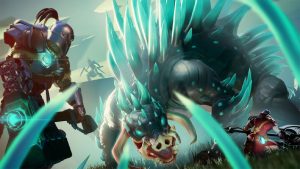 With six weapons to choose from at launch and more on the way, plus new creatures to fight that will be patched into the game later, Dauntless is a growing, living experience. Its splashes of color, cartoon-like graphics and atmosphere of floating sky islands amount to a world I want to keep coming back to explore.

Dauntless seems like the game that’s too good to be true. It’s free to play but features a huge amount of content not locked behind a paywall. It’s accessible yet full of depth. It has an enjoyable single-player experience and a superb multiplayer one. 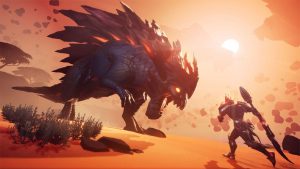 And it’s created and run by a developer that not only listens to player feedback, but is also more engaged with its fanbase on social media than any company in the gaming industry I’ve ever seen. There are plenty of developers who could learn a lot from Phoenix Labs and how they conduct themselves with their fans. Oh, and Dauntless has crossplay on PC, PlayStation 4 and Xbox One from its launch date. So what’s the catch here? 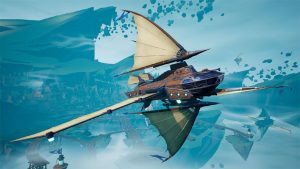 Honestly, I haven’t found one. Other than a little bit of server overload in the first week, Dauntless has completely lived up to its name. It really is dauntless in its approach to everything from gameplay to creating a sense of community.

For that reason, Dauntless earns 5 GiN Gems out of 5.