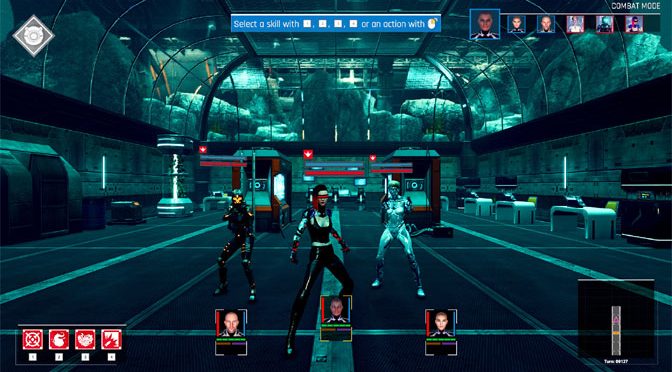 Conglomerate 451 is a grid-based, roguelike, dungeon crawler set in a cyberpunk mega city. It offers high customizability for your squad of clones and each decision will affect how any given dungeon might play out. As with any dungeon crawler, you get treasure, this time in the form of implants and upgrades that fit into the weapons and cybernetic limbs your clones will eventually gain access to. The level of customizability is impressive if a little overwhelmingly complex when you have to take into account your clone’s statistics and what each implant or upgrade does. 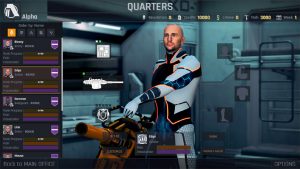 This game immediately plunges you into a high stakes mission for the tutorial level which ends almost frustratingly abruptly. There are so many aspects to the game that it throws at you in the short tutorial that an inexperienced gamer will find themselves confused as to how to proceed despite the instructions provided.

The tutorial only really scratches the surface of the gameplay though, as you are put at the helm of a mercenary company where you take on missions to reduce the influence of four gigantic corporations that are openly utilizing gangs and outlaws to undermine the local government. It fits well within the roguelike genre by setting you up to learn as you get further and further into each dungeon. 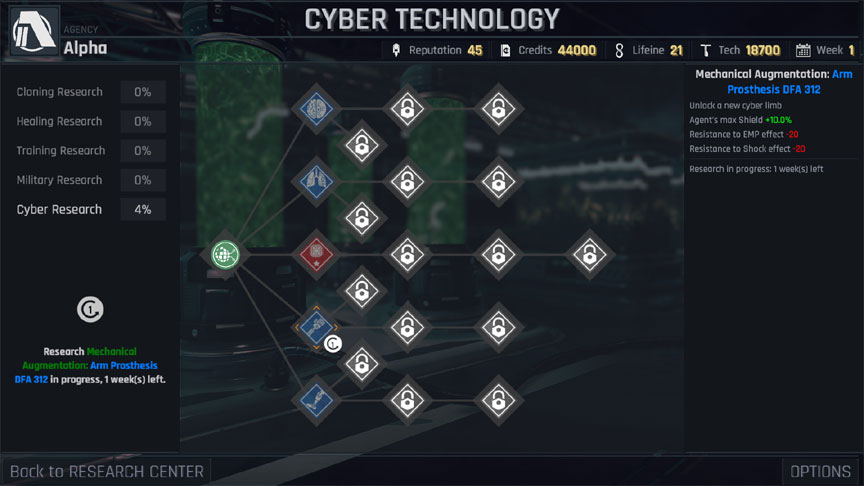 The concept is an interesting view of a dystopian future that is not dominated by nuclear blasted lands or zombie hordes, but by neon lit skyscrapers and cyborg gangs. The visuals are lacking in variety from your enemies to your squad members, but place it clearly in the cyberpunk genre. 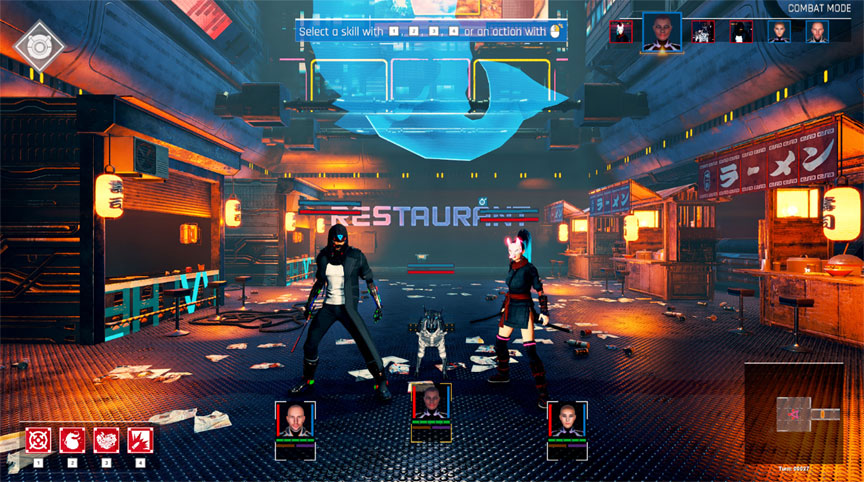 The only thing you can initially choose for your squad is their name, you can’t alter their gender or their appearance. Later you can unlock genes and cybernetic implants and limbs to improve your clone’s stats. These enhancements are unlocked via the loot grabbed from the dungeon and the research lab.

The music and sound effects are good in evoking the sense of being set in a megacity of the future. I would caution a new player against playing this game with headphones on as one of the sound effects is ear splittingly high pitched. The soundtrack while working on things in the corporation is actually soothing in its mellow repetitiveness while the combat music is a high energy industrial sound that is also perfect. 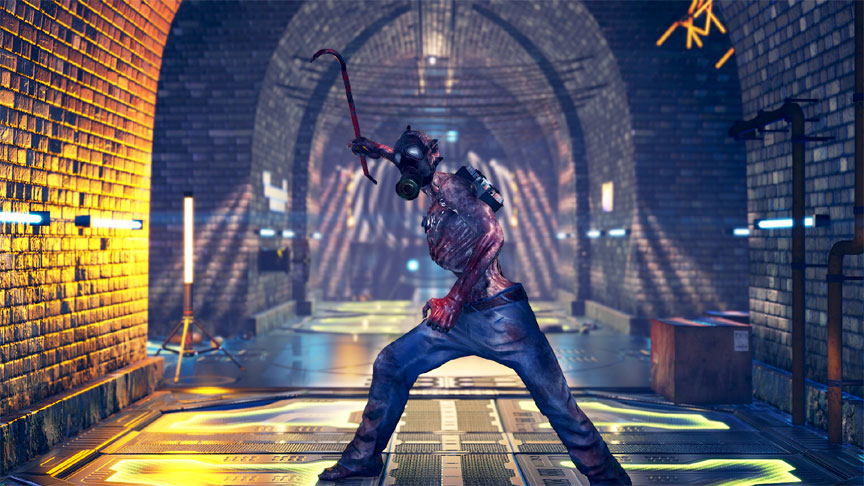 The game was just released from early access, and has thus eliminated many of its flaws. Right now, most of the calculations for what happens during combat occur behind the scenes, as with most games, but these seem more arcane than necessary. Despite the dungeons being procedurally generated, there is a great deal of repetition within the combat itself. You will wind up using the same abilities to clear the way ahead of you with only slight changes based on the roll of the dice. 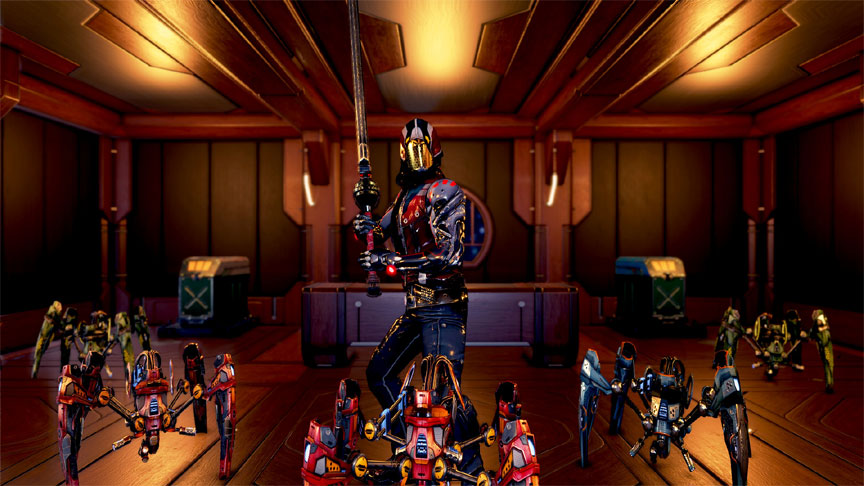 If you liked Legend of Grimrock or going back even farther, Eye of the Beholder, and are also a fan of movies and genres like Blade Runner, you should check out Conglomerate 451. The combination of cyberpunk with a dungeon crawler is a unique experience that is not to be missed.