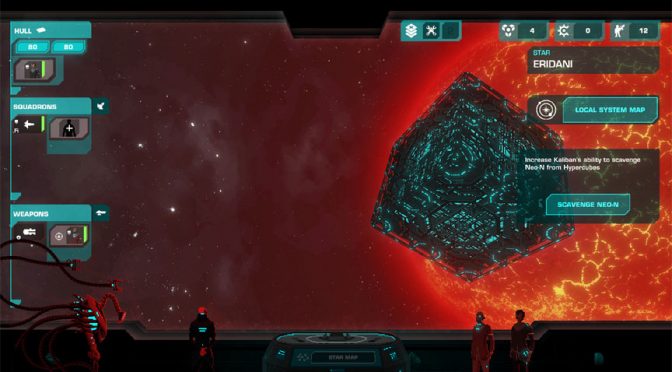 Like most gamers, I’m always on the lookout for that rare hidden gem of a game that gets released without a lot of fanfare and breaks all expectations. The rouge-like sci-fi title Crying Suns fits that description nicely.

Unlike most games we review here at Gameindustry.com, the developers of Crying Suns, indie studio Alt Shift, didn’t reach out and let know about their game. I just happened to be looking at science fiction titles on the Steam platform and came across it. And I’m glad I did, because it was hard to stop playing once I started my journey. 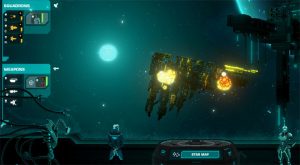 The plot of Crying Suns offers a pretty interesting sci-fi mystery. Your character is revived at a medical facility by a scary looking robot called an Omni, and told that you are needed to save your empire. You also learn that you are in fact a clone of a famous fleet admiral, and that you are not the first version of yourself to attempt this dangerous mission. Beyond that, your Omni does not know very much, or is unwilling to tell you too many details.

The basic problem is that the empire that you (at least the original version of your character) served was run by Omni robots to the point where humans didn’t do much of anything. Entire planets were terraformed, farmed and supported by legions of Omnis. Humans didn’t even bother learning basic skills anymore since the robots did everything for them. Only one day the robots all simultaneously turned themselves off, other than the Omnis that were isolated at the cloning facility with you, and the empire crumbled. 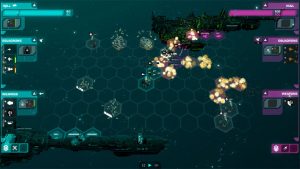 Your clones are based in a secret facility at the edge of the empire, and your mission is to head back through multiple sectors, get to the center of the empire and find out what is going on. Apparently, the facility where the clones are based was part of a doomsday scenario, and the present situation qualifies. Your clones have been trying to accomplish your mission for 20 years when the player takes the helm. There is so much more to it than that, but part of the fun of the game is figuring out what is going on, so I won’t spoil it, except to say that if you die, you will start over as a new clone.

To help you make the journey, you are given a space battleship to command. There are basically two main weapon types at your disposal: squadrons of smaller ships that you launch at enemies for dogfights, and capital ship weapons that can fire directly at your foes. You will encounter a lot of enemies on your journey because as soon as the empire fell lot of others including minor noble houses, pirates, a fanatical religion and all manner of space scum decided to take over. All of the sectors between you and your goal are controlled by enemies, each with a fleet of their own battleships. 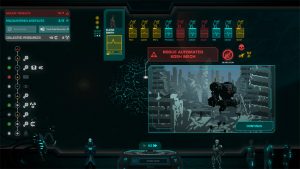 Traveling on the tactical map looks and feels a lot like the Faster than Light (FTL) game because as you move horizontally across the sectors, an alert closes in behind you. If you try to go back down your path, you will end up running into impossible opposition and basically get killed. So you have to keep moving forward. It’s a turn based game at that point, so it’s not like you would ever normally get caught by the spreading alert, but it does give you the feeling that you have to keep pushing forward. It also means that you must pick one path through the sector and have very few choices to adjust that course once you start.

At each stop on the tactical sector map you will discover a star system with between one and five planets. You can travel as much as you want between planets without the alert moving in on you, though each move costs fuel and you are always in danger of running out. 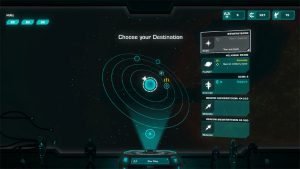 At each planet you will encounter something, be it a role-playing event or a moral choice. You might get asked to help the locals and doing so may or may not be a good thing for your mission. There are also space stations and army depots where you can buy more fighters, upgrade your weapons and repair battle damage. You can even risk an away team type mission in a few places where your ship’s officers and marines try to run a little gauntlet to pick up some big rewards. Finally, you might experience an enemy battleship and have to fight, which I will detail in just a bit since that combat makes up most of the game. 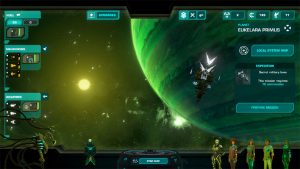 Crying Suns looks amazing. Without a doubt, this is the best pixel art type of game that I’ve ever seen. Your character stands majestically in front of a huge view screen with your crew off to one side and your ever-present Omni companion watching over you. Enemy ships, space stations, satellites, planets and everything else is easily viewable on the giant screen and looks great. How Alt Shift got pixel art to be so beautiful is beyond me.

The music is similarly impressive. Whereas the soundtrack is where a lot of indie studio games fall down, with Crying Suns it’s actually an asset. The musical score falls in perfectly with the exploration and combat atmosphere of the game and adds to the overall enjoyment. 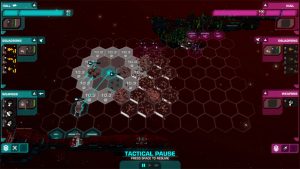 The bulk of your gameplay takes place during tactical combat battles when two battleships square off. You control your forces by clicking on the left side of the screen, launching fighters and firing your guns. Controlling the guns is pretty easy. They take forever to reload and most can only effect either units on the tactical board like fighters, or the enemy capital ship’s main hull. Very few guns can damage both. You just have to pay attention and fire as soon as your weapon’s cooldowns are complete, and be sure to only aim them at targets they can damage. 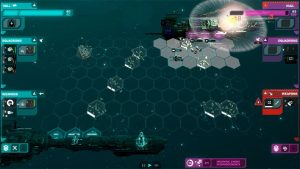 Most of the fighting will be done by the smaller units. These are divided up into three main groups: fighters, drones and frigates. It’s a rock, paper, scissors type of system where each unit is strong against one other but weak against the third. Frigates easily kill fighters. Fighters get a massive damage boost against drones. And drones are designed to make quick work of the lumbering frigates. Any of the three types of smaller vessels can damage an enemy battleship if you can slip them past its defenders so they can fire directly on the enemy’s main hull. Combat ends when one battleship is destroyed, or the enemy captain offers to surrender, assuming you choose to accept. 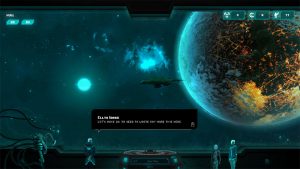 I have seen people complain on the Steam forums about how hard the combat is, but I didn’t have much trouble. Even if you are outnumbered in some battles (certain sectors have enemies that tend to favor launching smaller ships), pitting strong units against those they are designed to kill while avoiding their unit’s nemesis leads to victory. Battles are done in real time, but you can pause as much as you want to think and plan your strategy, so the fight should never get away from you. Tie your enemy down fighting their nemesis type of ship and sneak a unit into the backfield to pummel the enemy battleship and damage their subsystems so they can’t launch more fighters or fire their big guns.

The one thing that I found odd about Crying Suns is the fact that the game is divided up into six sectors (each with three subsectors) and you have to reset your progress between them. For example, the first thing you will do is fight through the first sector in the game, challenge the two mini-bosses guarding the subsector exits, and then the main bad guy at the very end to earn access to sector two. But as soon as you jump to the next sector, you find yourself back at the cloning facility and have start over with a stock battleship, no upgrades and minimal crew once again. Why can’t we just keep going with our main ship and push through the entire game? Having to start all over each time just when you are starting to build up a powerful ship and crew is a little frustrating, though the game’s difficulty ramp on each sector takes that into consideration, as they all start off easy and get harder as you travel. Even so, I didn’t like the forced reset mechanic at all, especially since your Omni tells you that you died in combat, which is total BS.

Crying Suns is being offered on Steam right now for $25, which is just about right. I completed the game the first time in about 10 hours, though I tend to pause more than most probably do during tactical combat. In any case, there is good replay value as there is lots of weapons, ship types and crew members to unlock. And the game is so good, you will want to make more than one run through this charming sci-fi adventure.