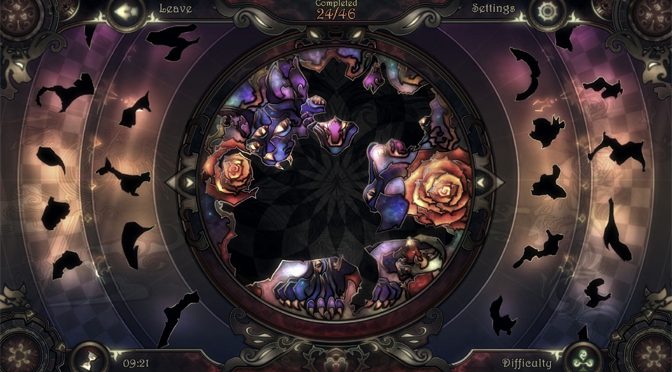 Day 3,285 at Game Industry News and the chief editor has sustained his aerial bombardment of puzzle games in my office. I am currently Tetris’d into my office and have resorted to sucking office toner for nutrients. I am one more candy crush type game away from seeing if workers comp covers jumping from office windows. The most recent puzzle game to be launched onto my desk was Glass Masquerade 2: Illusions and, to be straight with you reader, I thought sending me a game called Glass was my boss taunting me to jump.

With much doubt and possible dizziness from the toner, I started playing Glass Masquerade 2. 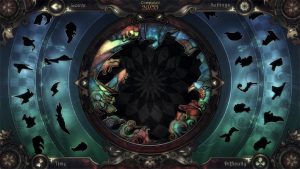 To my surprise, the game was actually pretty great. While not really challenging, it gobbled a lot of time. The artwork in this game is absolutely gorgeous and does not need a story to mesmerize players. All of the art is done to look like stained glass and also has a gothic feel to it. Some puzzles were even made to look like creepy clowns which are always a crowd favorite. Despite the sometimes-creepy art, it really is a relaxing game to play. There are no time limits, no high score boards and no tangible benefit to speed running it. Glass Masquerade 2: Illusions is casual gaming at its finest. 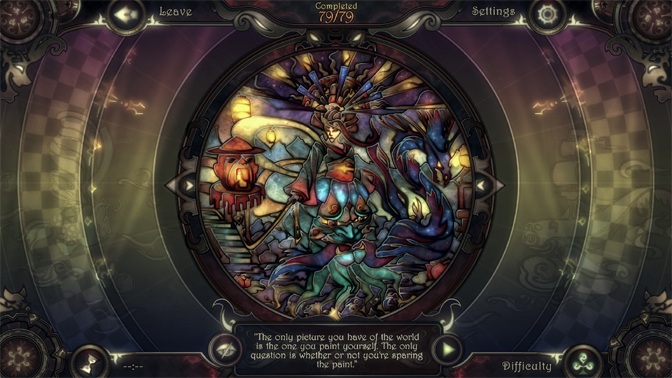 The audio is relaxing, and the music is very well composed. It couples well with the tone set by the fantastical pictures without going over the top. The game handles smoothly on the Nintendo Switch, and looks great when hooked to a big television. 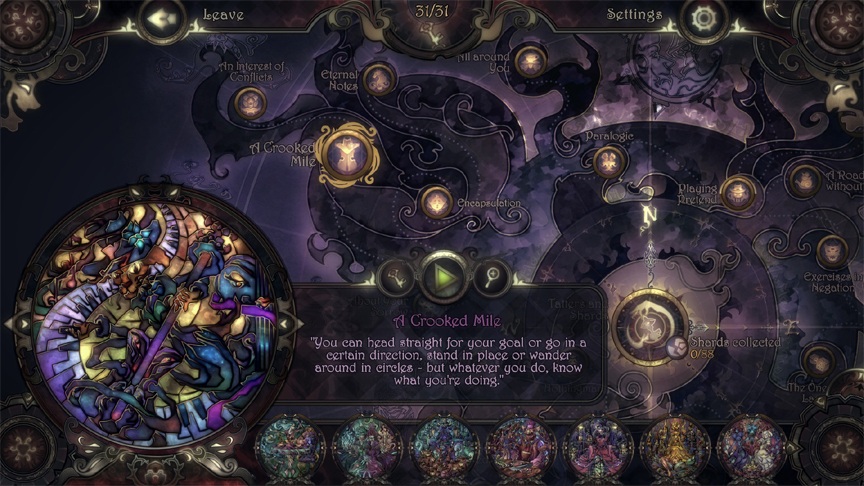 Glass Masquerade 2 has a lot of puzzles too, which helps it hold value. There are just about as many gameplay hours here as Pokemon Sword and Shield. Glass 2 is a case study of how to make a good puzzle game for consoles. While Energy Cycle Evolution, another game I was forced to tackle, is probably the worst example of how to make a console puzzle game, Glass Masquerade 2: Illusions is easily among the best.

This review is short because, as good as Glass Masquerade 2 is, it’s still a puzzle game and doesn’t have a lot of nuances to delve into. I could go into the puzzle mechanic ad nauseum, but that would be a waste of both of our time. Glass Masquerade earns a perfect 5 GiN Gems, one of the first of such games that I have really enjoyed. In fact, it might be the best puzzle game I have played in a very long time. 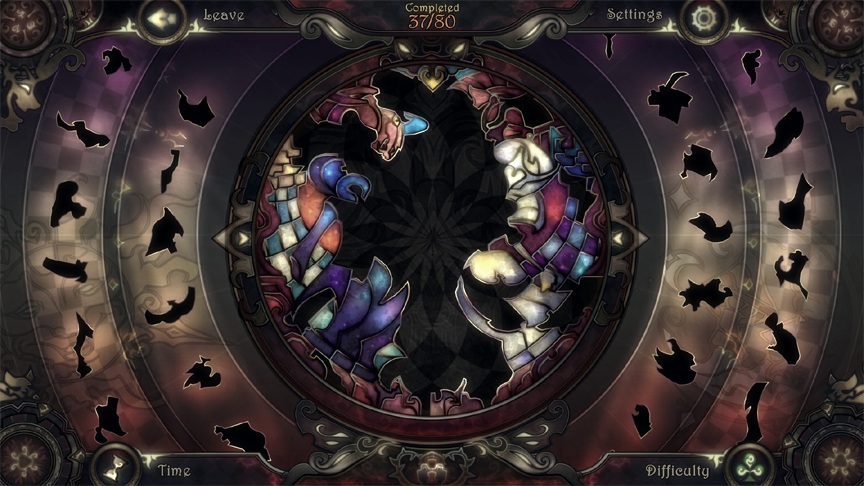 The previous paragraph would have been the last one as I realized after writing it that I have finally snapped and been consumed by puzzle fever, which is an odd feeling for me and evidence of how good Glass 2 really is as a game. I tried to prevent this malady from spreading by tossing myself a few floors down. 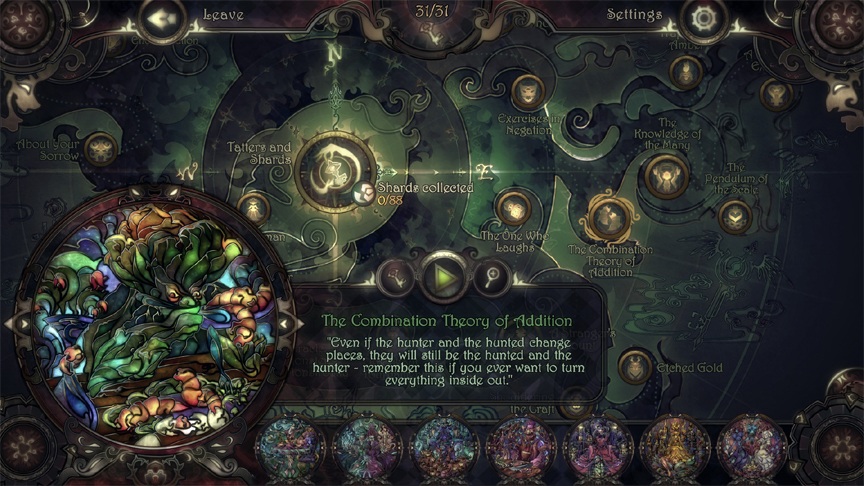 Instead, I learned that GiN had ballistic glass installed at some point, something about needing it in the days before I took over for Todd’s column. Now I am stuck in my office, sending this review and seeing if I have the ingredients to make a toner smoothie.