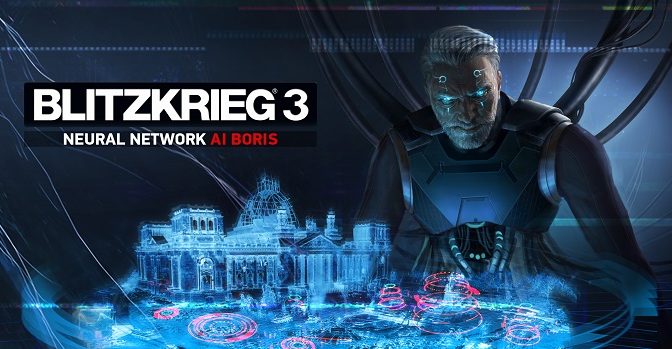 Currently in Early Access, Blitzkrieg 3, originally launched in 2015, is back with an updated look, multiplayer, and a newly added advanced AI opponent. Though I have not played this game in the past, as a veteran RTS player and a veteran of the war game genre I had to give this a try and check out this new AI which has been named Boris by the developers. After spending time with this game, it felt fresh with realistic models and soldiers appropriate for the era and an advanced game system sure to please any RTS fan.

After playing some of the campaign and with determination to beat the new AI, my first impressions are a mix of praise for the new AI and frustration over the difficulty of the campaigns. Not so much a bad frustration, more like it is a very hard game and will give players, even those experienced in the war and RTS genres a nice challenge. However, my frustration has turned into devotion to the game and my quest to beat these campaigns. Giving up would be too easy; no I must fight on to victory.

[amazon asin=B000AA87AA&text=Jump into the action with a copy of Blitzkrieg 3 from Amazon!]

So far the early access has proven successful in turning me onto the game. However, my favorite part of this whole experience is the new Boris AI. It is the AI that this preview shall focus on, with some of the aspects of the campaign thrown in for good measure.

Before I begin a little background to the game. The game takes place during World War II and players choose from three factions, the Soviets, Americans, and Germans. I choose to play as the American/British faction. Because of the historical nature of the game and the first campaigns taking place in 1940 against the Italians my first command was to lead the British forces. However, as my faction was American I chose as my commander avatar for the multiplayer General Dwight D. Eisenhower. Because of my chosen faction my home base was all American. It even came with an Abraham Lincoln Statue. The starting default campaign commander for the American/ British faction is Field Marshall Archibald Wavell.

The campaigns follow along with historical battles and move through three eras: early, mid, and late war. Currently I am still working my way through the early war, as the campaigns are proving tough to get through.  The enemy was made to be hard to beat and even though the campaigns are set with the enemy troops, they don’t make it easy. Tanks, troops, troops in buildings, enemy aircraft, and artillery force players to think about their own strategy as they command their own troops. In this sense it feels like a war game with relentless enemies. I have lost many good men in the fight to beat back the Italians and Germans in the name of Britain and the United States.

During both the campaign and the multiplayer I felt more like a military commander than I have in other wartime RTS games. I had a select number of troops under my command along with ground and air support. The support allotted to players does come in handy. This is especially true when there are enemies entrenched in buildings or a number of tanks and howitzers obstructing you from completing a mission. Orders get handed down and you are tasked in carrying them out with only your selected troops, reserve units, and support.

As the player, you select units and move them to specific points. Though your troops follow your command and move out to the objective, they also move as if they are real trained soldiers. They instinctively know how to engage the enemy and understand both the terrain and obstacles. They don’t just move in a linear line to the objective but will split up on their own to out flank the enemy or use terrain to their advantage.

Tanks usually go ahead of the troops and follow the path laid out by the terrain or will just roll over buildings and knock down walls.   When soldiers see an enemy they engage if instructed, and automatically go to cover, prone, or take action necessary to combat the enemy. Players can control troop movement and attacks,  hold position, entrench them, or assault buildings.  If left alone the troops know what to do if an enemy is sighted.  As long as you command them well they survive and take their objective, if your strategy is off your infantry will be lost and you will be defeated. This goes for both the campaign and the multiplayer.

Let us now leave behind the campaign and move onto the multiplayer where the new AI, Boris, lives. Boris is no ordinary game AI; he is in fact a Neural Network AI. What is a Neural Network? A Neural Network is essentially a computer modeled after the neural structure of a human brain. Write a neural network for a game and you get a game AI that responds and thinks like a human player.

Boris was designed to strategically behave based on player moves and predict the player’s unit positions. In the game the enemy is not visible until the units are in visual range.  Therefore we as humans try to determine if the enemy is there or not and try to position units in anticipation. Boris does the same. If I capture a control point Boris knows and comes after me but also keeps units at his captured control points. He will also entrench troops at howitzers, and like our troops tries to flank his opponent. Like the human player he can call in fighters and support aircraft.

The more I play against Boris the more I feel as though I am battling against a different opponent each time. Not an AI opponent but a human opponent. Unlike a single human opponent that can be predictable and as a player I can eventually learn their moves, Boris is different. He not only feels different each time, which is what the developers were trying to achieve,  but he can be unpredictable. Although after several battles it becomes easier to anticipate moves. 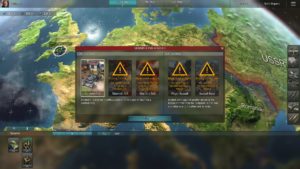 To play against Boris players must first create a custom game and choose the AI as the opponent. Players then can choose Skirmish or Assault modes, and the maximum Era. The AI is part of the 1×1 mode, but you can go up to 3 opponents. Players do have a choice to play other human players besides just the AI. A reward for beating multiplayer battles and the AI are new options in the era map for skirmishes and assaults. The more you play the more these extra missions become available.

Once in the multiplayer and fighting against the AI it’s good to have a strategy and be unpredictable. Boris will learn from you. Now he may be a tough opponent but not unbeatable. One strategy I found to work was to move troops into position and take the closest control point before Boris has a chance to retaliate. Once your troops take the point have at least one tank in the green zone and troops entrenched with the howitzer to defend the control point. Split the rest of your troops to take the next two control points. Boris will be waiting with a massive army and probably have some troops held up in the villages around the points.  If used properly your troops can succeed. Bombers and artillery can help to take care of tanks and entrenched enemies ahead of the forward troops. Having a good reserve and troops in the rear is a good idea, but if too predictable Boris takes control. Playing the AI is more of outsmarting the enemy then anything else.

One of the best aspects of the game is the availability of support to fight the AI. Along with the regular infantry, tanks, and grenadiers, players also have bombers, attack aircraft, fighter aircraft, paratroopers, reconnaissance aircraft, smoke screen, and howitzer salvo at their disposal. These do take reserve points, which are replenished automatically. Because some of the above take large amounts of reserve points it may take awhile to replenish, which can cause players to lose ground to the AI. The more you play the more starting points and the more you can use your aircraft and bombers to scout and take out enemy targets. Calling reserve troops also take points.

Because of the learning ability of Boris I have found myself defending my control points more than attacking and taking others. Boris can be relentless and he is a challenge but even defending control points can rake in the points. The first to get 1000 points wins the battle. The more a player plays the campaign the more reserve troops become available. In order to be successful in the multiplayer players need to play the campaign and side missions.

One thing I have found in this game is you can accidentally take out your own troops if they are too close to bombs and artillery fire. A player’s commands are important to the troops and don’t order the bombers to strike in range of the infantry.

I must say that as far as multiplayer or RTS games go I found myself not ever wanting to give up until I beat this AI. Most RTS games you know the AI, its there, it’s a part of the game, and you have a general idea of its purpose.  Not Boris, he is advanced for a game AI.   This AI is smart, it learns, it adapts, and it’s the best RTS AI I have faced and he is a worthy opponent. Boris is even given his own portrait.

Besides the AI and the campaign battles, the rest of the game is impressively done.  The models look like real military vehicles and soldiers, complete with appropriate era uniforms. Vehicles and planes have realistic textures and modeled according to aircraft type used by each faction.  The buildings and environment  also are unique to the region where campaigns take place, whether it is in Europe or North Africa. We also have bases  that stick to the time period. When it comes to a World War II game this is fairly realistic. Even the music score is good as this instrumental wartime music that lifts up morale when waiting to fight another campaign or retrying for the umpteenth time to complete one particular mission.

Overall my first impressions of the Early Access game are good and I am very impressed with the Neural Network AI known as Boris. It is by far a challenging AI that does learn and adapt based on the player’s moves. Outside the multiplayer the campaigns are also challenging with impressive modeling and environments.  So far it is shaping up to be a great addition to the RTS genre and World War II games collection.