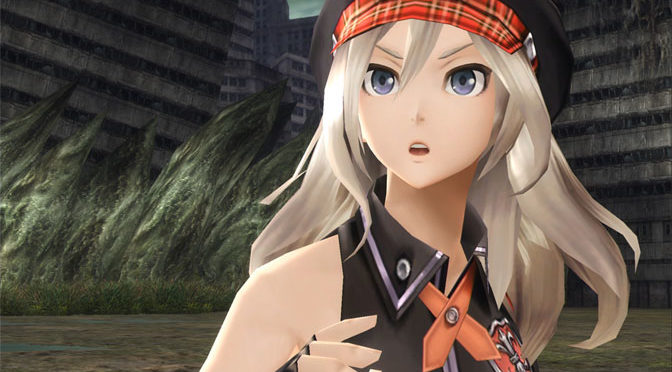 Hey everyone, I’m back with another game review for a game remake of an old PSP title! It’s God Eater Resurrection!

Plot Synopsis: The game is set in Japan in the year 2071 where the world has been mostly destroyed by mysterious monsters known as the Aragami. An organization known as Fenrir was founded to exterminate Aragami using weapons called God Arcs which is made from the cells of an Aragami. Those who specialize in exterminating Aragami are known as God Eaters.

Originally God Eaters had one type in which their God Arcs can only keep gun form or blade form, however a new type has been discovered that can switch between gun and blade form. Since then, they have been classified new-types and the previous as old-types. The player character is found to be one of the new-types.

Plot: The plot is not bad, in fact it’s pretty good, but issues that I will mention later hampered my enjoyment of the game’s story more than I would’ve liked. The plot itself though is good and I enjoyed it quite a bit.

Characters: The cast is pretty decent, there’s the lone wolf who doesn’t want to be stuck with the newcomer (you) in your team and the dependable leader and wisecracking sharpshooter. It’s fairly standard in terms of tropes, and the rest of the cast doesn’t stray too far from various other tropes. My favorite character is a mysterious girl you meet later on, but that’s more due to her not taking crap from anyone.

[amazon asin=B010L15SWW&text=Pick up a copy of the awesome revamped God Eater Resurrection from Amazon!]

Gameplay: The gameplay itself is pretty good, although you can definitely tell that the game is a remake of a PSP game, the stages are pretty small and there’s only a limited number of them which you’ll keep returning to during various side missions. Using the gun forms is also fairly annoying. In fact, form switching in general is just a pain in the butt. That being said this is a remake of the first game and I’m sure they improved upon the down time between form switching in the later games. In addition, hitting specific parts of various enemies is not the easiest thing to. This often lead me to just wailing away on enemies trying and only hitting the weak spot every other time. It could be frustrating. Also frustrating is the fact that the guard stance is incredibly slow, even when you use the “quickest to switch to” ones.

Art: The art is improved from the original game, but it still looks pretty dated on the PS4. That’s the problem with 3D games, the artwork just doesn’t have the timeless quality that the older 2D ones had.

Music: The music itself is okay, there were some catchy tracks in the score that I liked to use in various missions when I got a chance to choose.

Voicework: This the biggest issue I have with the game, the English voice actors are terrible. I can tell that what was probably fairly good work in the original Japanese didn’t get translated over well at all. Of particular annoyance is the mad scientist character’s voice actor, someone I wanted to strangle after listening to a single sentence due to how annoying his voice is. This could have been solved easily by allowing the player to choose between which Dub he/she wanted to listen to, a choice I want in all my games. The choice to not do so may be due to licensing issues, but even still I would’ve worked to get the issues solved; as a majority of players will probably agree with me that the English VA’s weren’t that great.

Overall: A great game that gets hampered by the English Voicework.

Not for those who don’t like: Any of the above, dated artwork, or terrible English voice actors.