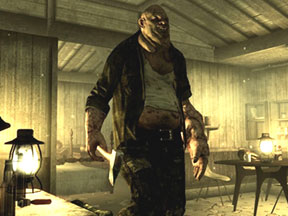 Why does Bethesda keep making me eat my words? After declaring Broken Steel the best Fallout 3 DLC (downloaded content pack) they come out with Point Lookout. Now I will say that Broken Steel was more of an essential part of the core game than anything else, almost a necessity to play and get the full experience. That leaves The Pitt, Operation Anchorage and Point Lookout as true DLCs in terms of extra content. Of those, Point Lookout is the best, though The Pitt is a close second.

Point Lookout is unlike any other DLC in that you don’t have an overarching mission or even a reason to head out there. It’s a very free form open world around The Point, which should suit role-players just fine. This does mean that you have to more or less go looking for adventure out there, though there is one set of quests that are obviously the main ones, and you do get some direction regarding them. But if you don’t explore every nook and cranny of the new world, you will likely miss something. In fact, one gamer I talked with thought he had done everything, when in fact he had missed a set of quests that begins on a wrecked ship out in the water.

To start Point Lookout, you first get a blip on your pip boy that talks about a mysterious steamboat captain who has showed in the tidal basin offering to take people to a strange land. He also has access to a special fruit that restores hit points and removes radiation. When you arrive at the dock hosting the Duchess Gambit, you find a rickety old craft that probably served as a touring boat back before the war. But it seems to float and for the price of a rather expensive ticket, the ferryman offers to take you to the pleasure town of Point Lookout as a sort of wasteland vacation.

When you arrive you are dropped off on a boardwalk that has seen better days, and you probably start to wonder if the money you paid for the ticket was worth it. Signs offering cotton candy and hot dogs sit fading in all directions and if you squint real hard you can almost imagine the seaside town bustling with happy tourists. But that was along time ago. Now the shops are faded and mute colors rule the day. A permanent mist hangs over the entire area that makes it difficult to tell if it’s day or night. In fact, Point Lookout is down right creepy. I kept hearing little sounds blowing in the wind, and my gun was out most of the time as I scanned the broken horizon.

Point Lookout was not hit with a nuclear bomb, so most of the buildings from the lighthouse to the Ferris wheel to the old Calvert Mansion are still in one piece. But radiation did sweep in, destroying a lot of the wildlife and twisting the native inhabitants into stereotypical, mutated, inbred country folk who think nothing of chopping up strangers for dinner.

The atmosphere of Point Lookout is probably the best part of the game. There are signs that tell you which road to travel down to get to tourist landmarks like a historic church or scenic lighthouse. But there are also large expanses of swampland too. Tucked within the swamp are various cabins, moonshine stills and other more nefarious things put there by the mutated locals. As you travel the swamps, you will see objects like baby dolls hanging from trees or skeletons nailed to poles. This normally serves as a warning that you are getting into some local family’s territory. And even if you are away from any of the main paths, you might still run into an unfriendly guy with three teeth and a baseball bat (or more likely a shotgun) that wants to kill first and ask questions never. There are also swamp ghouls to look out for, some of which can be extremely tough and appear in large numbers too.

And lets face it, shooting inbred rednecks never gets old.

To keep up the flavor of the game, two new main weapons have been added. These can be purchased from one of several traders or found just about anywhere in Point Lookout. The first is a double barrel shotgun. It does HUGE damage but only at close range. If you sneak up behind someone and let them have it with this boomstick, they won’t be your problem anymore. At range it quickly looses its power though, so keep it for those close encounters. The second is a lever action rifle, which quickly became a favorite of mine. It uses .32 ammo and can hold ten shots, making it better and more damaging than the hunting rifles. In fact, I normally carry around Old Painless, a special hunting rifle I picked up at The Republic of Dave. But I found that even the standard lever action rifle is a little bit better. And there is a special lever action rifle that you can find in Point Lookout that is even better. In fact, it’s almost better than a sniper rifle, though without the scope.

Aside from the main quest, there are plenty of others to find if you keep your eyes open. I got involved in a 200 year old espionage plot to blow up a sunken Chinese nuclear sub, a corporate murder investigation involving a special kind of biogas that seems very prevalent around Point Lookout and helped cook up some moonshine for a nice little hillbilly girl. I even played tag and hide and seek with a little kid who ended up an outcast because he didn’t have any deformities. None of those quests hit me in the face, but could be found by keeping an eye out for clues as I adventured.

There are even some things to do that don’t seem to be part of a quest, or at least are not part of a quest that I have found. For example, that lighthouse I keep talking about? It doesn’t work anymore because its main bulb is broken. But you can find a replacement one and get it going again. Other than looking pretty, I don’t think it’s part of a quest, though it’s one more thing to do out in Point Lookout.

Which brings up a point about, well, Point Lookout. The new DLC really does feel completely detached from the rest of the Fallout world. It really is kind of like a vacation for your favorite wasteland dweller. You will enjoy finding all the creepy, spooky and oddly beautiful areas within the swamp. And the main quest has a few sequences that are pretty imaginative and unbelievable, though I don’t want to give too much away about them. But the entire time you are there, you will be thinking about what’s going on back home in the wasteland. Personally, as a gamer who enjoys things on the creepy side, I loved Point Lookout. It really was like a vacation for me, and I took to using only local weapons as I stalked through the swamp, though I kept my power armor which always gave me an edge over the locals.

The only complaint that I have is that the loot seems a little too repeated. There are like a million confederate army hats tucked into every desk, cabinet, chest and crate throughout the entire land. Given that Maryland was a Union state and not some place deep in Georgia, I did find this a little bit odd. There are also fishing poles and bags of yeast everywhere too. The yeast is part of a quest, but I would have liked a little more variety in the common loot to find, and perhaps a union army hat or two.

In the end, Point Lookout was an enjoyable open world that could have almost become a game in itself, other than the main quest being pretty short. But I had a great time there, and I think most Fallout players will too. In fact, thinking back, perhaps that riverboat ticket wasn’t too expensive after all. It’s hard to put a price on a great vacation.