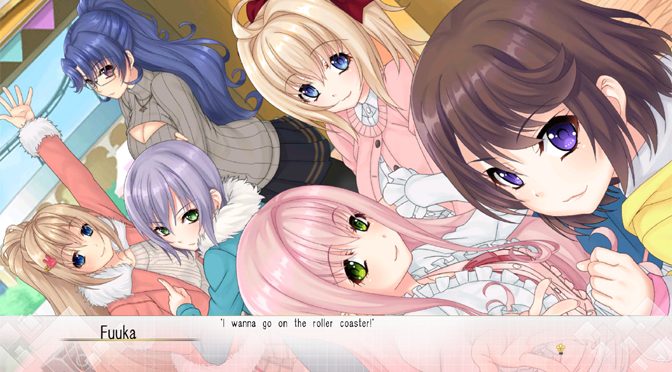 Song of Memories is a visual novel that centralizes its focus around the life of main protagonist character, Kamishiro Minato, a student at the local academy and his circle of family, friends and other odd acquaintances.

On the surface Minato is your average teen curiously seeking out his own personal identity and aspiring to be socially accepted amongst his peers and society. But as fate would have it, life has thrown him a curve ball or two during the golden years of his life. 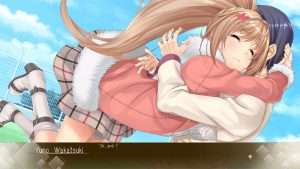 Kamishiro has had to grow up fairly quickly in a short time. It’s up to him to manage home life for himself and his precarious little sister Fuuka who is clearly more than a handful. Granted the adjustment has made him a little wiser in the long run, but like most teens he still battles with his own inner emotions and temptations as well as the run of the mill outside peer pressure. In the end, it all boils down to choices for Minato. Or should I say the choices “we” make for Minato: Either play the “good” sibling role putting responsibility and discipline first, oooor live life in the fast lane riding that wild roller coaster of teenage emotion and taking in all that precious eye candy along the way! 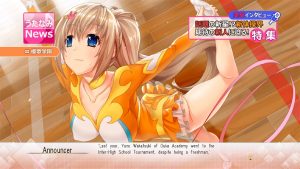 And while we’re on the subject of “eye candy”, let’s just say that there will be many memories in Song of Memories. That is for sure. While the game is pretty polished in the graphics department all around, balancing a nice mix of fine arts and shiny pastel colors, there is undeniably quite the generous surplus of boobs, bottoms, and jiggly highlights that help to drive the true nature of things home. Whether you’re a fan or not of this kind of graphical expression it definitely makes for some interesting reading.

[amazon asin=B07JQSYF34&text=Pick up Song of Memories from Amazon and get a good, romantic adventure with great…visuals.]

Voice-overs and musical selection are also worthy of a few kudos doing their part to help deliver a more immersive experience. The original musical soundtrack can feel as much as four audio CDS. 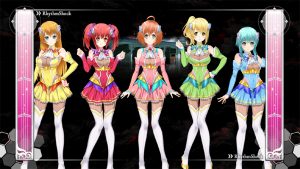 Distractions aside, though, the initial story plot is fleshed out fairly well, revealing a decent amount of believable and relatable content to its readers. Over time you will discover the complex circle of friends and family surrounding Kamishiro. As you get to know them you will ultimately be able to unlock their individual story plots and roles through conversation and the decisions that you make for Kamishiro thereby influencing the overall main story of the game. 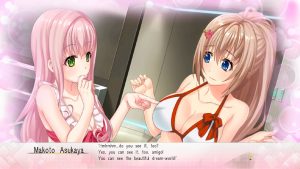 Interestingly enough though, about the time you get a feel for things, the story takes a sudden weird twist after Minato discovers a mysterious phone containing five alien AI heroines known as the “Dream4U Band” who essentially vow to protect him from random monsters. When these creatures pose a threat to Minato the heroines kick into action using rhythm-based music and tactics to ward off the enemy. Players will have the opportunity to manually control the outcome of these battles or ultimately let them simulate out automatically. 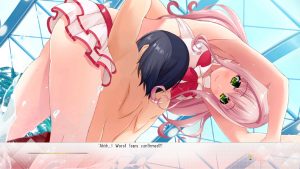 While these random encounters can be fun at times one can’t deny the impact on the overall gameplay experience as they sort of interrupt an already complex social circle of acquaintances and relationships players will have already vested a lot of time unraveling. Some might find the twist a welcome break from the norm, while others may just find the whole thing “strange.” 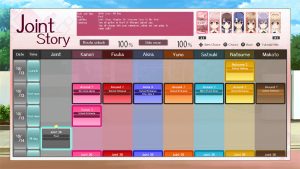 None the less, Song Of Memories still manages to wash out as an “ok” visual narrative even after weighing all the checks and balances. The initial story is both compelling and relatable with plenty of room for replay value. The games looks good and is backed up by a decent sound engine. The final verdict on this one is a respectable 3.5 GiN gems.