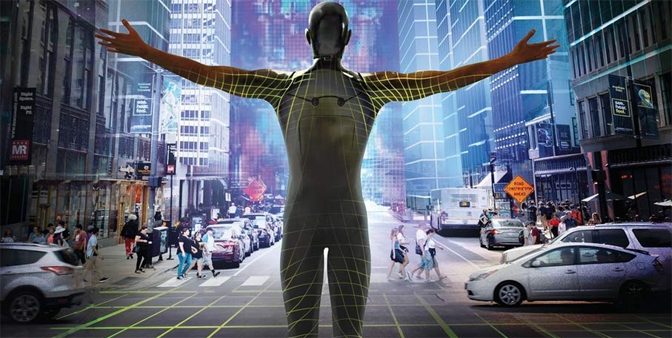 I’m starting this review with a quote from the book that quotes a speech from the science fiction writer of Philip K. Dick gave in 1977 at a Science Fiction Conference in France, “We are living in a computer-programmed reality, and the only clue we have to it is when some variable is changed, and some alteration in our reality occurs. We would have the overwhelming impression that we were reliving the present—déjà vu—perhaps in precisely the same way: hearing the same words, saying the same words. I submit that these impressions are valid and significant, and I will even say this: such an impression is a clue, that in some past time point, a variable was changed—reprogrammed as it were— and that because of this, an alternative world branched off.”

The Simulation Hypothesis takes this idea and blends video games, quantum physics, religion, philosophy and science fiction references to put forth the “what if” our perceived world was complex simulation? This book does a sort of philosophical reverse engineering. If your premise is the perceived universe is a simulation, what concepts in video games and simulations could make it run? What would this simulation require of modern physics?

The usual suspects appear in the book along with some very original ideas. The much referenced Plato’s Allegory of the Cave, a concept that most unenlightened view reality as shadows cast on a cave wall comes right up next to the idea of the quanta in Quantum Physics matching up with the pixels in video games. 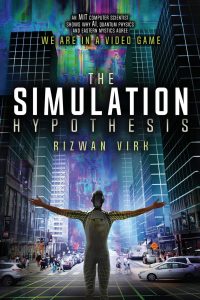 This is one of the strengths of the book. Virik, an MIT Computer Scientist, builds his case in short, digestible quanta, much like his metaphors. He writes, “But is this idea of 3D pixels just an analogy meant to relate the computer-generated worlds to our physical world or is there some deep structure of space-time that is actually pixilated?”

This example of his prose is also an example of how he builds his case for seeing the world as a simulation. To him each pixel and defined digital movement bridges both Buddhist Dream Yoga and Zeno’s Paradox. The vast scope of his argument pulls on the pop culture of ‘The Matrix’ movie and pushes it to be a model of how we accept the world as a simulation and the underlying reality that runs it.

In the chapter, “Conditional Rendering and the Collapse of the Probability Wave” the author pulls from the simple early 2D of Legend of Zelda to the more complex 3D of Doom by way of a rendering engine is to show what is visible from the virtual camera. He then compares that to Heisenberg’s Uncertainty Principle.

He writes, “The basic rule of video game rendering engines is the same as what causes the collapse of the probability wave, and you might say it is also the rule of QI: only render that which is being observed.”

[amazon asin=0983056900&text=Pick up The Simulation Hyphothesis from Amazon, and you might learn how to program this game called life!]

It is here where the book begins to not just walk its way forward but begins to take large leaps to make its case. He takes religious and literary concepts and links them to show how these metaphors are timeless, even as he uses the most timely example of the simulation. He links the Hindu Vedas and Shakespeare famous quote from ‘As You Like It’, “All the world’s a stage, And all the men and women merely players.”

There is even an idea that the stars we see may not even be simulated to the same degree we are but merely be a backdrop to our existence. The author puts this disturbing idea reminiscent of the Jim Carey movie, ‘The Truman Show.’

“What if in all the galaxies we see, none of the stars are real but are procedurally generated planets/stars that we can observe from Earth but can never actually visit?”

This book is worth a read if you want to explore some philosophical concepts of video games and some written explanations of the complex math underlying modern physics. It is thought provoking and a thought experiment in and of itself.