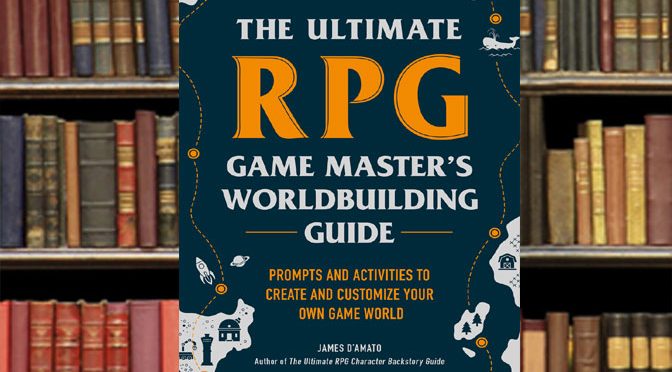 Worldbuilding creates the Universe your characters inhabit. These characters can be Role Playing Game (RPG) Player Characters (PCs), Non-Player Characters (NPCs) or the people in your short-story, novel or screenplay. James D’Amato’s book offers a concrete system to create a playable and coherent place for adventures.

This is not just my opinion but the opinion of fantasy novelist and tabletop personality Patrick Rothfuss. He lauds D’Amato in the forward and states the book can be a “stepping stone and guide.” This book does both equally well.

So much of worldbuilding can be a murky river that threatens to wash you downstream. The stepping stone aspect of this book is evident in the introduction. D’Amato lays out how Worldbuilding is not an all or nothing affair that must begin and end before anyone sees your creation. In his words it is an “active process” and “inherently collaborative.”

Broad outlines and interactions with your players or your characters will flesh it out as you go. This good advice comes with specifics which is where the real strength of this offering. This is the guide.

Many books like these are a collection of common tropes linked into tables that can be randomized or chosen by the reader. The RPG work of Kevin Crawford (Stars Without Number, Silent Legions, Worlds Without Number) is a great exemplar of that structure. These tools are valuable for creating a campaign. 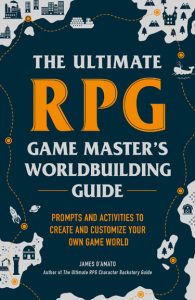 What makes this book different is its emphasis on building coherence with these tropes from the beginning rather than letting the tropes coalesce and calling whatever arises the structure. The first gives a rock-solid base to your Worldbuilding while the other requires you to reinforce what arises.

This isn’t to say you can’t work your way back after getting the elements you want in your setting, like two suns in the sky, dueling types of magic and a science fiction mystery. This book protects you from those jarring elements that will break the player or the reader from their suspension of disbelief.

It also saves you from having to paper over these cracks in your foundation.

One example is how he looks at Magic in a Fantasy setting. D’Amato breaks it down to Source, Cost, Potency and a few other aspects. He then takes a deep dive into these aspects. In the example of Source he looks at everything from books to otherworldly beings. It forces you to do more than handwave the very reason magic exists in your milieu.

In Cost he makes you contemplate what it takes for that magic to be utilized. Are special ingredients needed, does it cause physical exhaustion? Does it harm the very nature or reality or is it a complimentary part of the reality in your world? These are just a few of the helpful questions he puts to the reader.

If you follow these and his later questions then you find yourself with an interesting, reinforced magic system that won’t let down your narrative or the player who is using it in your campaign. He offers the same step-by-step for Science Fiction and other settings.

The humor and humanity in this book should also be mentioned. At every step the reader feels that the writer cares about your world creation, whichever way it develops, and what effect it will have on the imaginary people in it. More than just questions the book gives answers to what ripples in reality certain choices cause in “real life” so as to inform your decisions.

If you are Worldbuilding for your gaming group or for an audience in book or staring at a TV screen, then this is a purchase worth many times over.