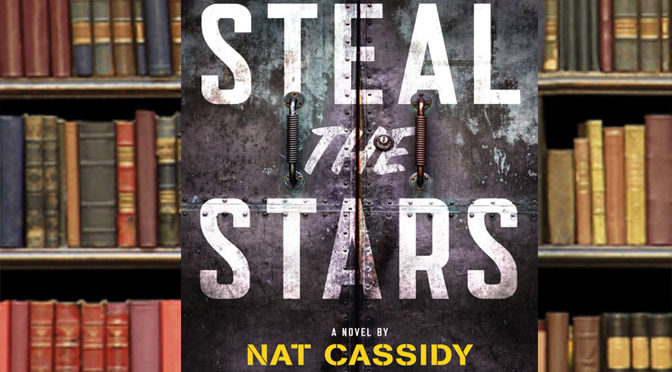 Hey all I’m back with an adaptation of a Podcast drama! It’s Steal the Stars by Nat Cassidy!

Plot Synopsis: Dakota “Dak” Prentiss guards the biggest secret in the world. The day Matt Salem joins her security team, Dak’s whole world changes. It’s love at first sight―which is a problem, since they both signed ironclad contracts vowing not to fraternize with other military personnel… 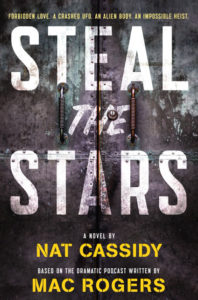 Plot: In a word, Intense. It’s a nonstop careening mess of action, dialogue and suspense. When I reached the end it felt like I rammed into a wall and I was left wanting both more and not wanting any more. It’s weird even for me and describing the feelings I had at the end is difficult. I felt like there could easily be more to the story, but the last words just felt like the “right” ending point.

Characters: Dak is our PoV and she’s considerably snarky and jaded, which is perfect for this book. Matt on the other hand is a bit naïve, at least compared to Dak. The rest of the cast, while somewhat small is also pretty great.

Overall: Sci-Fi and Thriller lovers will want to read this book. Others may find it not their cup of tea, but I’d recommend at least giving it a try.

For those who like: Sci-Fi, Thrillers, Action, Mystery, Drama, Excellent Plot, Fantastic Cast of Characters.