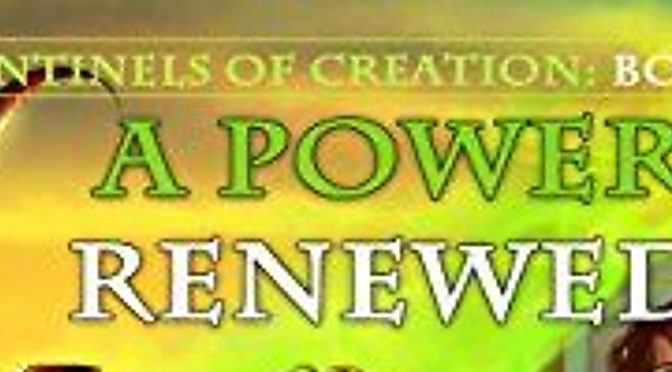 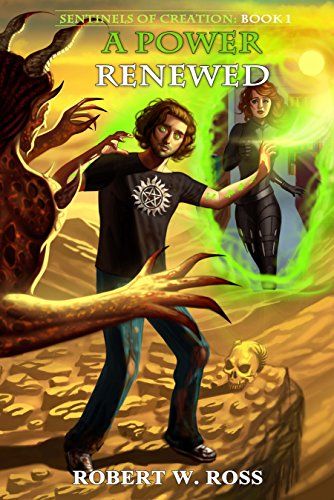 This week for Bookish Wednesday I’m covering the first entry in an Urban Fantasy series I ran across recently. It’s A Power Renewed, Book 01 in the Sentinels of Creation series, by Robert W. Ross!

Plot Synopsis: Out of the smoldering ruins of the war in heaven Archangels Raphael and Michael cannot believe the agreement made between God and His Morning Star, Lucifer. Unwilling to either destroy the fallen Angel or leave him with a free hand upon the world, God sets in motion a struggle that will span the millennia from creation to present day. Two Sentinels are invested with the ability to bend the laws of creation to their will and each represents the primal forces of Order and Chaos…

Plot: The plot is pretty good, and it’s also filled with tons of pop culture references which is awesome. It’s not the best Urban Fantasy I’ve read, maybe touching on the quality of Jim Butcher’s work, but not nearly as good as The Demon Accords by John Conroe. Mostly because while the characters are snarky, they just don’t get the same quality and amount of snark out that even a single line of Lydia’s can bring to bear.

Characters: The entire cast is pretty interesting, and while I’m kind of sad that Michael is depicted as an asshole, angels are described that way in lots of the Old Testament. Kellen our main character is irreverent and witty, but it sometimes feel forced with him. The rest of the cast is okay as well, but there are times when I wanted them to stop spouting pop culture references and just get on with the tasks at hand.

Overall: A good, but not excellent, Urban Fantasy series. If you are needing an Urban Fantasy book to read, you could worse than A Power Renewed. You could also do better though.

For those who like: Urban Fantasy, Fantasy, Time Travel, Magic, Good Plot, Interesting Cast of Characters.