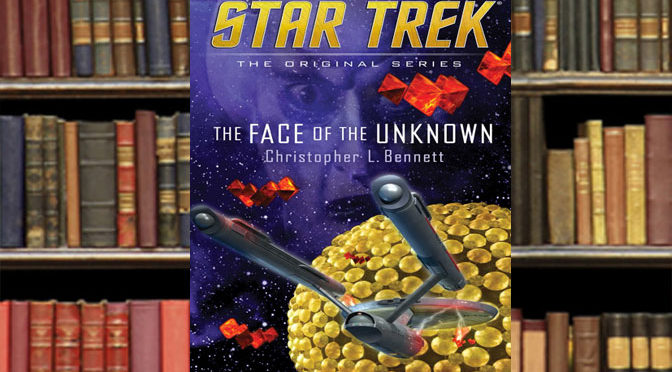 Star Trek: The Original Series:
The Face of the Unknown

Bennett does a masterful job with the characters of the crew of the starship Enterprise-D and he manages to blend the characterizations from the original series along with the rebooted movies in a way that is both seamless and very appealing. The world he creates for the First Federation in Cherela is one of the most fascinating sci-fi worlds I’ve ever read about. The massive domed biomes hidden beneath the volatile clouds of a gas giant in a Jovian system is so masterfully described that it creates a real longing to see such a sight. 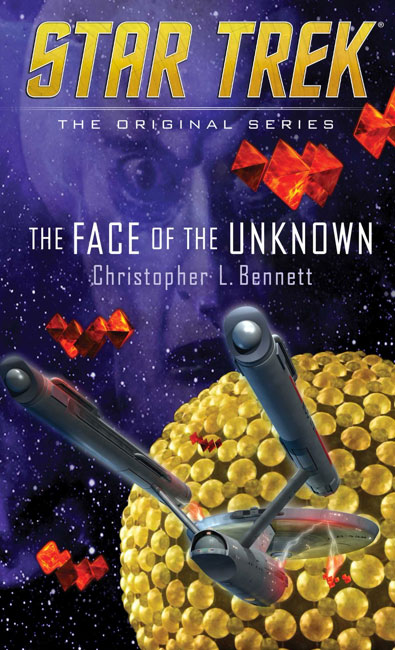 But fear not, this is not some long slow pan across a planet that would make you yawn as much as the first Star Trek movie. Bennett keeps the action and intrigue moving and folds the description in with it so the reader doesn’t have time to tire of the scenery. The story opens with the Enterprise called to investigate a series of violent raids in First Federation space where they first met Commander Balok years ago and where they left young Ensign Bailey to play ambassador to the First Federation. Despite Bailey’s best efforts, after three years, little is known about the species of the First Federation. Bailey has pushed to see their home world, but instead has traveled with Balok on his globe ship. It’s Bailey that requests help from the Federation to deal with the recent violent attacks.

Catch a ride on the Enterprise D with a copy of The Face of the Unknown from Amazon!

The Enterprise arrives only to be attacked themselves by a species that looks like the mechanical man that Balok used to disguise his own diminutive stature and childish looks when he first encountered the Enterprise. Balok had said the mechanical man was based on a myth, but now it seems that myth has come alive. Under heavy fire, Uhura thinks she’s located a possible safe haven on a gas planet, larger than Jupiter, that is part of a Jovian system. As they descend toward this anomaly, they discover Cherela, home of all the First Federation species, a hidden settlement of connected biomes held up by anti-grav technology and hidden from the rest of the galaxy. The First Federation is not pleased that the Enterprise has found them. They blame Balok and then as the hostile aliens follow the Enterprise down through the clouds they blame Kirk.

Bennett weaves a fast-paced, tight story full of everything there is to love about Star Trek: a complex political crisis, aliens, action, even a prison break, and a touch of romance. It’s classic trek at its best, not its campy best, its best-best. Fans of Star Trek will be pleased not only at the strong characterizations of Kirk, Spock, McCoy, Scotty, Sulu, Chekov and Uhura, but also the interesting aliens of the First Federation and their interactions with each other and the crew of Enterprise. My recommendation: go forth, and purchase.