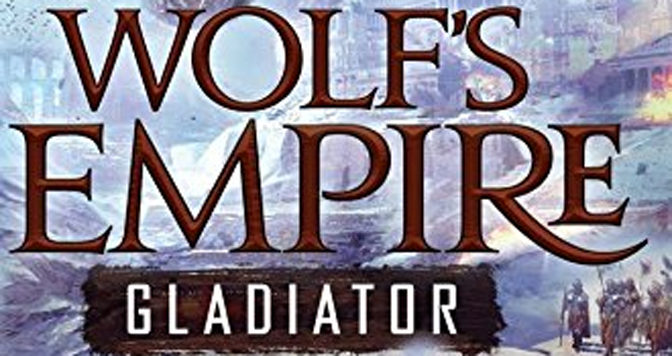 Plot Synopsis: In the Galactic Roman Empire, eight noble houses fight for power. One gladiator fights for justice. When her mother and brother are murdered, young noblewoman Accala Viridius cries out for vengeance. But the empire is being torn apart by a galactic civil war, and her demands fall on deaf ears. Undeterred, Accala sacrifices privilege and status to train as a common gladiator. Mastering the one weapon available to her―a razor-sharp discus that always returns when thrown–she enters the deadly imperial games, the only arena where she can face her enemies. 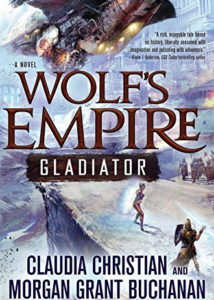 Plot: The plot of this book is nitty and gritty and full of political intrigue along with plenty of action. I can’t say it was my favorite book I’ve read from Tor, in fact far from it, but it’s definitely not anywhere near as bad as something like Twilight. That being said it has plenty of stereotypical plot devices, betrayal, rebellious child etc…

It’s not super original except for the notion that Rome never fell and eventually spread from Earth to conquer the Milky Way. That concept is fairly interesting and probably the one saving grace of the entire book. I’m all for having gritty fantasy, and I even enjoy it occasionally, but for whatever reason I just couldn’t find Wolf’s Empire to be super gripping. Maybe it’s because I had just finished reading something that gripped me and I had my expectations set a bit higher than usual.

Characters: There is a rather large cast of characters, to the point where there’s a Personae Dramatis at the front of the book. Normally I don’t mind having such a thing, but the characters in this book aren’t particularly interesting. Accala is a bad ass female lead, and that’s something I really appreciate, but her personality wasn’t something I enjoyed all too much. The rest of the cast was little better, and there weren’t any stand outs of the side characters that I enjoyed any more than the others.

Overall: With an interesting premise Wolf’s Empire: Gladiator could have been much more interesting, but for Sci-Fi and Roman Fiction fans it may serve to be the perfect book.